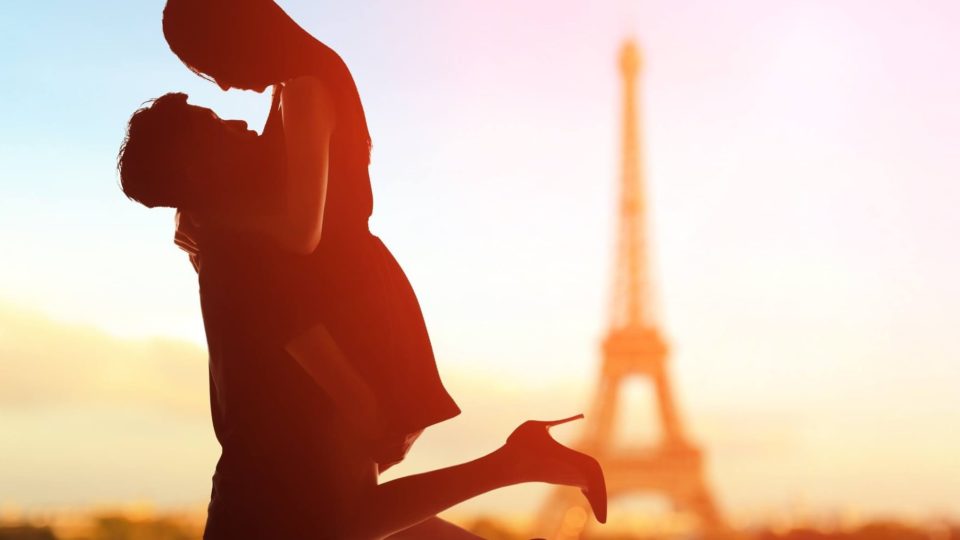 Among the long list of things the city of Paris is known for, its nickname as the City of Love is the most romantic. But is it because it is the perfect honeymoon destination for the newly-weds and the escape place to commemorate long-term love?

Just as it did with lots of artists who settled there years ago, Paris inspires millions of visitors every year. The capital has been the spot for many romantic books and movies, but is the media responsible for the nickname?

Here Is Why Paris Is The City of Love:

Many Lovers Propose In Paris

It is not quite clear if people usually propose there because Paris is the City of Love or that Paris is the city of Love because people often propose there. In any case, the Eiffel Tower is the second most popular place in the world where lovers propose after Central Park In New York. It is not hard to tell if you see the shining in the evening- absolutely gorgeous.

Many Romantic Movies Have Been Shot In “The City Of Love”

The sense of a place, geography, culture, and climate determines the texture and flavor of a thing. Movies like Amélie, Before Sunset, Moulin Rouge, Forget Paris, Sabrina, Hotel in the Afternoon, Midnight in Paris, among many others are romantic movies that are set in Paris.

Artists Often Depict Paris as the World’s Most Romantic City

As earlier noted, the city was and still is a muse for lots of national and international artists. Therefore, all the romanticism and inspiration is somewhat shown in their works. When people come across such artworks, it reinforces their idea of Paris in such a way.

Paris is The City of Light

An evening walk along the River Seine will let you in on why the lit-up monuments and buildings make Paris the City of Light. Like gems in the French night, the Musée d’Orsay gleams at night. The popular Eiffel Tower also shines over 20,000 lights bulbs every night.

The museum and the tower are only a few of the many great French buildings that are lit up every night, giving the French capital an additional allure. But it has to be said that the real reason Paris is called the City of Light is that the city was the earliest in the continent to adopt wide lightning on its streets.

>>Also Read: Why Is Paris Called The City of Light

Known as the sexiest language in the world, French is part of why Paris is the City of Love. The language is a syllable-timed one rather than stress-timed, like English. This means all the syllables take almost equal duration to pronounce, making is sound symphonic.

In addition, native French speakers have a type of husky voice that people find attractive for both men and women. The language is just pleasant to the ear. And with “Je t’aime” sounding in streets and shops, it is not difficult to feel the spirit of love in Paris.

Of all languages for phrases expressing affection and love, France is the most translated. This owes to a buzzing community of lyricists, writers, and artists that have settled in the city since the 4th-century.

French art, music, and romantic cultures have shaped nearly every other language in terms of “l’amour”. The French capital has been the paradise for poets with the proclivity for beautiful lyrics, and the play between vowels and consonants is like proper music made by the tongue.

Normally, phrases of love like “Avec amour” (with love) or “mon chérie (my dear) would follow writers to their destinations after a creative pilgrimage to the French capital.

>>The Most Romantic Hotels in Paris

Marked with great delis, restaurants, and cafes, the city of Paris is a haven for food lovers. From scrumptious crepes to tasty cassoulets, macarons, and cheese, Paris will impress you. The wine is a must-try too. When you visit, you will meet chefs who believe food is as important as love. You can watch them make delights showing what they know how to do best.

The city is Romantic and Incredibly Pretty

It might be pretty clear, but the general beauty and style of Paris with its massive buildings blending architectural styles give the city a distinct atmosphere. The palaces, monuments, and churches are all exquisite and imposing. Without an ounce of hyperbole, the streets of the city are very inspiring.

Paris Has a Wall of Love

As an incredibly romantic city, it is vital that Paris has a spot that shows the pure emotion of love. That is why the city has a Wall of Love. You will see that “Le Mur des Je t’aime” has more than 310 sentences written if various languages on 616 nice, blue tiles to interpret one emotion: I love you.

The phrase ‘I love you’ is written on the wall in many languages than you can imagine. While there, you can attempt to spot your own language. It is located on Square Jehan Rictus, Place de Abesses, Butte Montmartre, close to the Abbesses metro station.

>>10 Ideas For Valentine’s Day In Paris

You might have heard this before. Parisians are flirty, not in a bad way, though. In French culture, flirting is a feature, and it would not be surprising to see men and women flirt without the intention of sharing a bed together. Parisians just find it delightful to flirt.

Therefore, do not be upset when someone eyeballs you or stares briefly than normal. That could happen on the train, or someone might even walk up to you in a restaurant.

In Paris, there are landmarks preserved through romantic traditions. Whether the old or new traditions of love, Parisian landmarks embody romance. That is why it is quite easy for lovers to be into it easily. In essence, the city resonates with lovers’ emotions. Below are some of the most memorable monuments where couples propose and have a lovely time:

The Bridge of Arts: Also known as Le Pont des Arts, this popular bridge is where couples vow their eternal love. You will see cozy couples looking out onto the Seine. Though people hardly do the lock tradition these days, you can revive it with the turn of a key on a special time that you will remember long after.

>>Most Beautiful Bridges In Paris
>>Most Famous Monuments in Paris

The Eiffel Tower: This tower is all about romantic lighting. It is the place where couples go not only to propose a lifetime together but to look onto the lights that cover the city after dark. The Eiffel Tower has every special element; the 20,000 sparkling lights every 5 minutes making a romantic atmosphere, the strong iron tower with impressive design, the gorgeous view of Paris from the tower top, and the amazingly designed landscape.

Why is Paris the City of Love? – Summary

Perhaps you are at home admiring some romantic things unique to Paris, reflecting on your time in the French capital or planning a trip the next Valentine’s Day, it is certain that love and Paris will evermore be synonymous.

Paris is a romantic place, no doubt, and for you to enjoy it, attempt the unusual. For once, avoid the touristy areas and discover charming spots and chic streets where you can experience why Paris is called the ‘City of Love’.