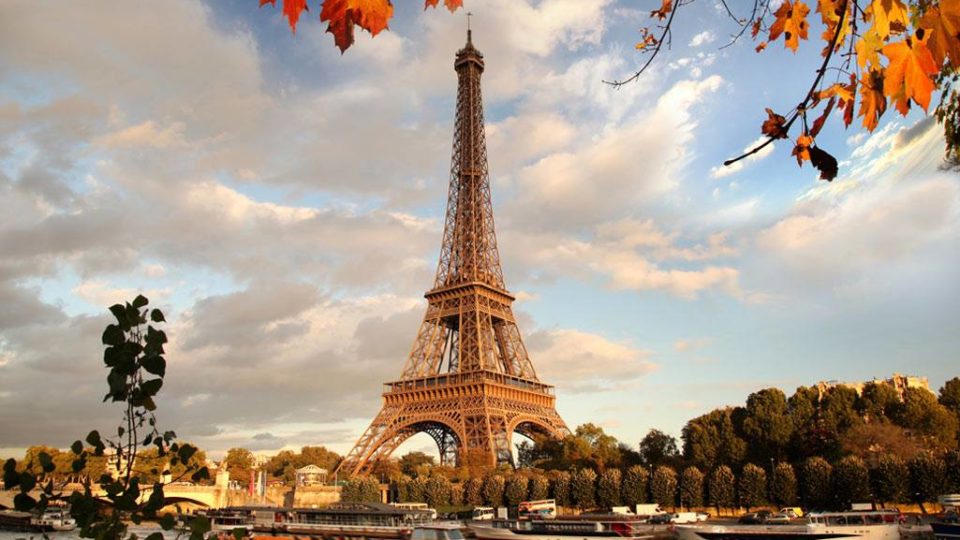 Let’s spend some time in Paris, visiting the Eiffel Tower. This unavoidable symbol of our City of Light, known to most for its unique profile of scrolling wrought iron reaching towards the sky, was in its day a gravity-defying ground-breaking architectural feat.

Here Are Some Interesting Facts About The Eiffel Tower

Today, it’s difficult to imagine that such an enduring symbolic structure as the Eiffel Tower was originally constructed to last for the duration of the Paris World Fair of 1889 only. The first World Fair took place in London in 1851. After that, Paris organized 6 consecutive ones from 1855 to 1937. The goal of these fairs was to present to the whole world the newest and most bold technological and architectural designs.

Most of the structures built for those fairs have disappeared. However, the ones that do survive are beautiful masterpieces. The Chaillot Palace was built for the World Fair in 1937; the Alexander III Bridge for the 1900 one, and, of course; the Eiffel Tower for the 1889 one. Each fair had its flagship monument, which in 1889 was the Eiffel Tower that was both a masterpiece in itself and the main entrance to the exhibit. France had originally chosen to build this Tower to commemorate the 100-yr anniversary of the French Revolution.

The Eiffel Tower structure is actually a very simple one; Four huge, curved, trussed columns rise from a square base to meet at the top of the Tower. These four 410 ft tall columns are connected by girders at two separate levels, to give the Tower its familiar A-shape. Three platforms at different heights can be reached either by stairs (1,652 steps!) or by elevators, one of which only goes up to a famous restaurant. The shape of the trusses required that the 4 corner elevators ascend on a curved track. Indeed, the Eiffel tower began a revolution in civil engineering and architectural design. Today, observation decks on three levels offer sweeping views of Paris from all sides. The Eiffel Tower is the monument most associated with Paris and is one of the most visited tourist attractions in the world (welcoming more than 6 million people each year).

Gustave Eiffel and The Statue of Liberty

Gustave Eiffel, an Arts and Manufacturing engineer who specialized in metal art pieces, was born in Dijon in 1832 and was barely 26 years old when he built his first work. In 1884, Eiffel patented the idea of a metal tower. Five years later, he submitted his tower design to the 1889 World Fair organization committee that was very taken by it. This committee then launched a public “competition” with requirements that matched exactly those proposed by Eiffel. Of course, Eiffel won the competition, and his Tower became the official monument of the 1889 World Fair. Eiffel was also the creator and builder of fabulous works such as the famous metallic structure of the viaduct of Garabit in the Central Massif, the framework of the “Bon Marché” department store in the 7th arrondissement, and the Statue of Liberty which France gave to America in a gesture of friendship.

More than 18,000 metallic pieces, 2,500,000 rivets, and 10,000 tons of steel were needed for the construction of the 1,024 ft high Eiffel Tower. These numbers, however, do not reflect the extraordinary technological feat that allowed this structure to be built. The general organization problems of such an enormous construction site had not been tackled since the days of the pyramids! The first step was to determine the exact location for the monument. After drilling to the depths of the subsoil, the selected area unearthed the remains of what were once swamps, revealing that the Seine had once made its bed there. Eiffel then excavated a 50 ft deep area and submerged compressed air chambers to control the water seepage.

On top of these, he placed enormous concrete blocks and anchored it all together. He also needed to find a solution to support the “legs”. This would be in a precarious position and in need of stabilization until they could be secured to a completed 1st floor. Eiffel, therefore, had pylons built, topped by sandbags, which would serve as lateral support braces for the column legs. This way, they wouldn’t collapse under their own weight. Gustave Eiffel had only 28 months to realize his masterpiece. He would need exactly 26 months and 5 days to do so. Only one man lost his life during construction, outside of working hours, and due to his own carelessness. Apparently, he was showing off his acrobatic abilities to his girlfriend down below.

The height of the Eiffel Tower may fluctuate by as much as six inches, depending on the temperature; metal tends to expand in the heat. In times of high winds, it may also sway off of vertical by up to five inches. Every four years, 25 painters work for one straight year to renovate this favorite monument. They go through about 50 tons of paint in the process!

An Inauguration Without Elevators!

The Tower was inaugurated on Sunday, March 31st, 1889, one week before the opening of the World Fair. However, the elevators were still not functioning, and the officials had to climb the 1,652 steps to reach the third level and meet Gustave Eiffel, to award him the Legion of Honor medal. He then himself climbed the remaining 58 steps to the very top and proudly raised the tri-colored flag. It is said that Buffalo Bill was one of the first celebrities to visit the Tower. It is also said that the French were very impressed with his cowboy attire!

Technical and architectural achievements aside, the French public was accustomed to refined and regal buildings and did not immediately embrace this naked metal tower with exposed rivets and joints that so completely dominated their skyline. As the writer Guy de Maupassant wrote, this “ungracious skeleton” was an easy target for the most acerbic critics. The poet Verlaine claimed he always took the long way around it to avoid “even seeing it”! The younger Alexandre Dumas called it “a truly tragic lamppost”. Many accused Eiffel of having disfigured the capital city. But little by little, the Parisian public got used to its intrusive presence and finally accepted this “emaciated grand dame”. Cocteau would later describe the Tower as “a lovely lace giraffe”. Today, Paris and the Eiffel Tower are inseparable in people’s minds.

A Tower For Science

Once the rush of emotions subsided, it was quickly understood that this Tower, the tallest structure in the world at that time, could be useful to many in the scientific community; mainly in the fields of meteorology, astronomy, and physics. Antennae were soon attached to it, making it even taller than it already was, and there was no more mention of destroying this eyesore. In 1914, the Tower was officially taken over as a military center for radiotelegraphy, and successfully completed its counter-espionage operations. After the war, it became an integral part of all celebrations in the life of the Nation. The Tower is always illuminated for national holidays such as the date marking the Liberation of Paris and Bastille Day and in honor of various sports events such as France’s soccer World Cup win in 1998. It is also the preferred site for fireworks and concerts in Paris.

Who Bought the Eiffel Tower?

In 1925, a con man named Lustig passed himself off as a French official and convened a secret meeting with five of the most important metal merchants in the Parisian region. Stating that its maintenance was costing the city too much, he offered to sell the Tower to the highest bidder. The merchant who won the bid paid the swindler “under the table”, and showed up at the Ministry to pick up the demolition work schedule. When he realized that he had been tricked, he was much too embarrassed to lodge a formal complaint against the crook, for fear of having his name spread all over the newspapers.

An Invitation to Travel!

When the Tower was finished in 1889. At that point, it was clear to the whole world that it was one of the first perfect marriages of metal and concrete. It was the tallest man-made construction in the world until 1931. Then, the new Empire State Building reached a height of 1,250ft. Today, it is the most visible monument in the capital city and delights many millions of visitors each year. If the weather cooperates, they can enjoy views that stretch out more than 40 miles…