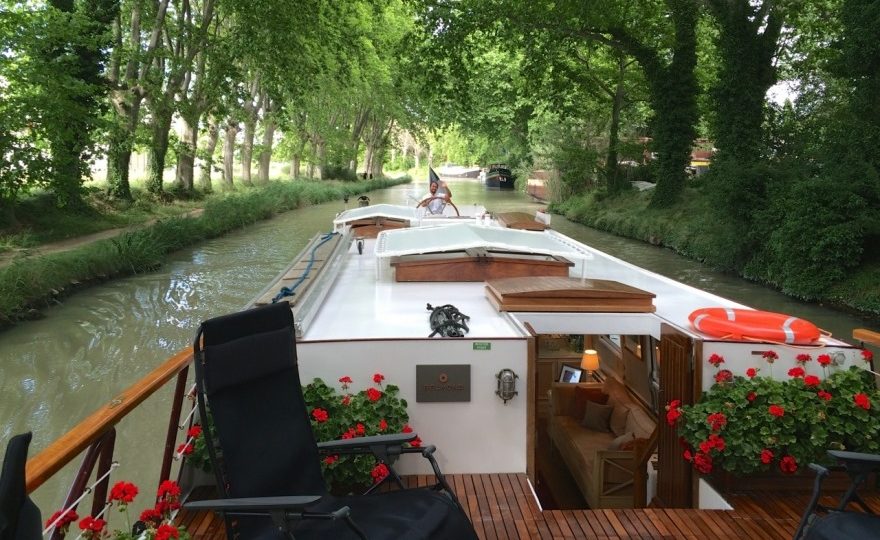 If you are looking for a great way to get off the beaten path in France and enjoy the many of the beautiful and scenic small villages that dot the countryside, but aren’t sure if you want to spend your vacation driving, then taking a barge tour is the perfect way to see, taste and truly experience France. While France has an amazing train system with many high-speed TGV trains linking major cities, the problem with train travel in France is that it does not really allow you to get out of the cities and into the countryside. Even me, a former Paris resident and a serious lover of the City of Lights, thinks travelers need to get out of the cities and into the small villages to really experience French culture and life.

While you can certainly take a Barge cruise at any time of year in France (provided the waterways don’t freeze over), it is no wonder that most people opt to do this kind of trip in the spring, summer or fall months in France. Hoping on these barges can also be a great way to escape some of the crowds that descend in France during July and August.

Why Take a Barge Cruise in France?

Know how you constantly hear that the French are “sooo rude”? Well, the truth is they kind of are, or more accurately, Parisians are kind of rude. BTW, I am allowed to say that because I have a significant amount of French—specifically Parisian—blood myself). But guess what? People also think that New Yorkers are rude (this is also kind of true), and the bottom line is that really, this whole question of friendly or not friendly has a lot more to do with a fast-paced, crowded city lifestyle than anything else.

This is precisely why getting out of Paris is a great way to see how the rest of France really lives. Tucked away in these small villages, travelers can not only eat rustic and traditional French food, but they can also spot friendly old men playing games of petanque in the town square, get to know locals in the markets, and if you are lucky (and speak a little French) maybe even get invited into a French person’s home for dinner.

A great way to see this “other side” of France is by taking a barge cruise. France is laced with a network of canals that once served to connect the country’s main waterways and aid in the transportation of goods. The Canal du Midi, one of the largest of these canals, was built to form a shortcut between the Atlantic Ocean and the Mediterranean Sea.

While these waterways once serve as the major transportation medium for goods throughout France, today, these canals serve mostly recreational purposes. One popular mode of travel that has developed is the barge cruise, which allows tourists to see France while floating down these scenic waterways.

Many of the older, traditional barges used for transport have been refurbished into beautiful and comfortable floating hotels and restaurants. Barging your way through France can be an ideal way to get off the beaten path, while still enjoying a relaxing vacation.

If you are looking for a unique travel experience, these barge cruises could be just for you. Most cruises last seven days and six nights, though it is possible to find both longer and shorter cruises. They are all-inclusive, so travelers don’t have to worry about feeding themselves once aboard. And, because you are in France after all, you can expect great food and accompanying wines.

Barge tours vary depending on which company you chose to book with, but nearly all will have tours of the cities you pass through. Some of the more popular barges keep bikes on hand so the cruisers can get out and explore the towns and regions by bike. Some tours offer guided tours into the towns and cities.

The scenery from the water is also beautiful and tranquil and will take tourists under bridges, through tunnels, past amazing landscapes, and through a series of locks. A relaxing way to see a lot of French countryside in one week, barge tours are the perfect way to see a lot without the stress of figuring it all out on your own. Barge tours also allow for a lot of relaxed family time, pleasant walks, informal cheese, and wine tasting sunbathing, and slowly watching the world float by.

There are many companies in France that offer luxury barge cruises on the many canals and rivers of France. If you want to be pampered, this is the way to go. Not only will you not have to worry about what or where to eat, but you’ll also be given guided tours of the surrounding areas. This is the perfect way to go if you want to sit back, eat, drink, and see the French countryside.

If you want to set more of your own agenda while cruising France’s waterways, you can rent your own boat and head out on the canals sans crew. The canals are easy to navigate, and being on your own can allow you the freedom to stop and see what you please. It is recommended to keep a couple of bikes on board so you can explore the neighboring towns and villages by bike as the boat floats along.

Also, since most of the canal cruises are only a week-long, renting your own boat and heading out can allow you to see the entire country by boat over the course of a month, two months, however long you want.

Aquitaine: The Garonne Canal and the Canal du Midi. These canals in southwestern France. The Canal du Midi, a world heritage site since 1996, and is an engineering feat of the 17th century. The canal is picturesque and historic and will wind you past the medieval fortress town of Carcassonne and into a region known for its rich food and bold wines.

Parisian Canals: This varied network of canals were built to serve Paris. Many are interconnected, which allows for a great variety of navigation options for tourists. Because of their historical nature and proximity to Paris, some of these canals have dramatic bridges and scenic locks along the way. The Briare Canal has boasted a dramatic bridge made from tubular steel that was designed by famous tower architect Gustav Eiffel.

Rhone-Rhone Group: These canals mostly serve commercial traffic and are wide with large capacity. These canals are usually mostly avoided by tourist traffic.

Northern Group: This is another series of canals mostly devoted to commercial trade traffic. These canals are also avoided by most tourism boats. 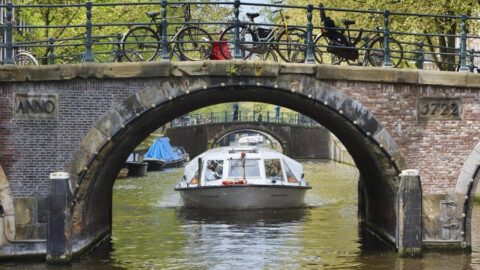 Cruising the Canals of Paris 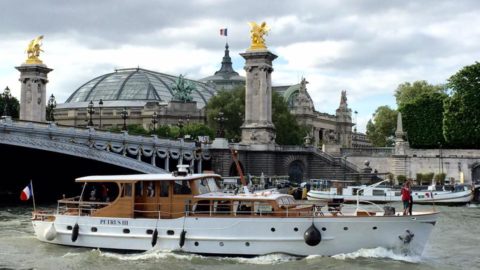 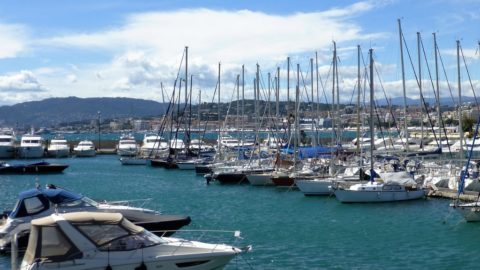 Activities, Adventures, Things To Do

Day Cruises From Cannes: Why You Should Take One 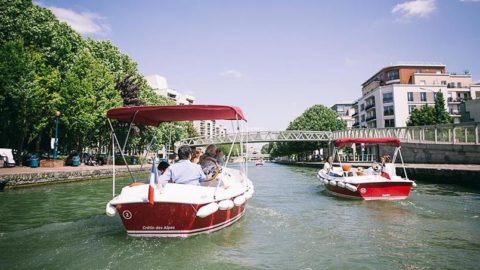 Why You Should Rent a Boat in Paris