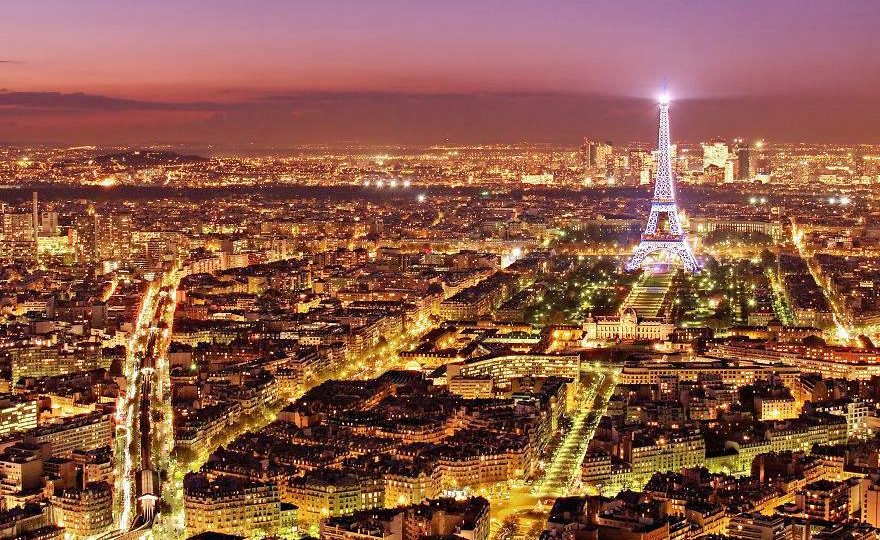 Only a very few major cities in the world enjoy the array of nicknames that Paris has. You might think that since it is fascinated by both locals and visitors from different parts of the world, its nicknames would be many. And you will be just about right. From ‘Paname’, ‘Lutèce’, ‘Pantruche’, ’ ’the City of Love’, to ‘the City of Light’; Paris has had thoughtful appellatives for the most part of its modern history.

The City of Light looks to be the most popular name for the French capital. Is it the iridescent street grounds that occasionally beams or the infinitely luminescent buildings? The wildly curious mind twiddles on why Paris is the City of Light. The reasons behind the sparkling name are quite different from everything you have thought.

>>Also Read: Why is Paris Called the City of Love

Misconceptions About the ‘City of Light’ Nickname

Just before we reveal the answer, some myths about the nickname should be dispelled. Many people assume that the French capital bears the ‘City of Light’ because of its shining bridges and boulevards; it is not difficult to see why.

If you count everything from churches to hotels, fountains and statues, monuments, and national buildings, there are more than 296 illuminated sites in the city. Of the 37 major bridges, a whopping 33 is illuminated in outstanding magnificence every sunset.

Paris is especially well lit in the festive periods when more than .4 km of lights runs from the Place de la Concorde to the Arc de Triomphe. Its 450 festooned trees along the avenue and on the pavement add to the city’s impressive lighting too.

Nevertheless, it is the city’s most popular landmark, the glinting Eiffel Tower, that is suspect for this misinterpretation. The tower beams like a beacon every night with 40 km of illuminated floral arrangements made up of 20,000 light bulbs.

How Paris Became ‘The City of Light’

The real reason is from the mid-1600s, during the reign of Louis XIV (Louis the Great or the Sun King). After an extended time of domestic unrest and war, the monarch was vested in restoring the faith of the people in law and order.

On March 15, 1667, the king appointed Gabriel Nicolas de la Reynie. He was the Lieutenant-General of Police, with the responsibility of making Paris safe again. Apart from quadrupling the number of policemen, a measure was to have more lighting in the city.

Lanterns were on every street, and Parisians were asked to light their windows with oil lamps and candles. This was to prevent law offenders from avoiding the police or hiding in dark alleys. The idea was to reduce the crime rate. That time forward, Paris gained the name La Ville-Lumière (the City of Light).

From the late 1700s to the 1800s, the city became a center of ideas and education in the whole of Europe, inspiring philosophers, poets, scientists, and engineers. The steady increase in electric power also helped the city’s lightening inclination.

Some Things to Do in The City of Lights

Camp in a Campsite

A fun thing to do with your group is to camp in any of the various campsites in or around Paris. Camping offers the opportunity to see the impeccable views of the city and one of the country’s most widely-known destinations during the day while enjoying the serenity of a quiet space.

There are lots of campsites that have a train ride or short drive from the city center, which is somewhat opposite to the lively streets. Visitors can climb the Eiffel Tower, visit the Louvre, and explore Montmartre prior to their return to the campsite to cook on the barbecue and rest under the canvas. Note that eating out, especially in touristy areas, can be very expensive.

They can wake to the tweets of birds and have a picnic-ish petit dejeuner at their glamping or camping site. Thereafter, they can proceed to the city center to explore the charming Notre Dame or cruise on the irresistible River Seine.

If you are a couple and in need of a cheap, yet scintillating way to experience Paris, a campsite near the city is always a superb choice. It is the perfect way to vacation near Paris if the family is large as they blend days of sightseeing with days by the pool, relaxing or cycling on the site. Given the pocket-friendliness the campsites offer, you will see many travelers who have come to witness the uniqueness of Paris as well.

It would be a colossal remiss to visit the City of Light without a taste of the area’s delicacy. The country is famous for its unmatchable cuisine credentials. Even if you are lodged on a camping site or glamping holiday, you should try some of France’s scrumptious treats.

In Paris, a fixed-price menu is usually available. Alternatively, you can step into any of the many restaurants where excellent chefs make the best treats. If you are on a budget, do not visit the restaurants lined in touristy areas. There are cheaper and decent places to eat out that do not feel overpriced.

In the City of Light, like many places in France, a carafe of wine placed on the table during meal periods is standard practice. You should indulge in wine as there are many excellent ones produced in France. For those looking to have an expansive itinerary involving wine, there are operators that offer interesting wine-tasting tours. On the tours, you will learn a great deal on how wine is made and get to sample some of the softest wines in the country. You can even make your own wine and take it home. It is both a practical and educative experience.

Parisians, like many Europeans, have vibrant food markets where rural producers visit the city to sell theirs produces. These are nice places to get local stock for picnics and barbecues while on vacation. You will also find specialties peculiar to Paris and many national staples. For the freshest of vegetables and fruits, visit any of the markets.

The view of a chateau in Paris can raise amazement. Often fortified and towered, castles seem to remind of Disney fairytale structures that immediately raise attention. Some of the châteaux are private homes, while some have been converted to serve a purpose. The others are open to the public and make a great place to explore during the day.

Why Is Paris Called The City of Light – Summary

The City of Light is filled with wonders, and you can understand every single hype it gets. The capital earned the sparkling nickname for its early adoption of extensive street lightning, and based on its amazing features, the city will enjoy that reputation for a long, long time.