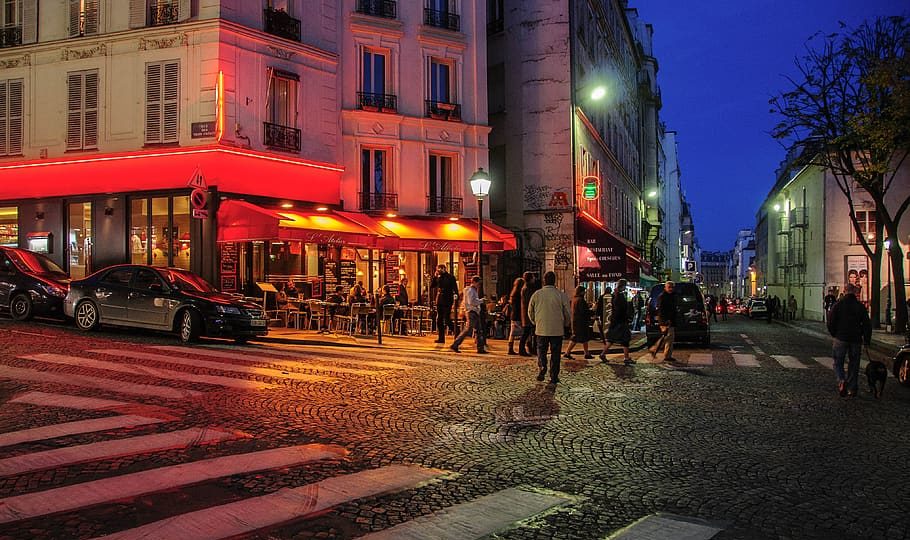 Paris is famous for many things; beautiful architecture, incredible city vistas, art, stylish people, café sitting, great food, wine, the Eiffel Tower, etc. However, it is not a cheap place to visit. This also applies to the nightlife scene in Paris. While certainly vibrant and bustling, experiencing the after-hours scene in Paris will probably take a bite out of your budget. However, if you are like me, this matters little whether I am visiting Paris with an unlimited budget or a poor student with only a few precious dollars for a night. With so many great things to do, places to go and people to see after dark in Paris, shelling out the dollars for a night out on the town in Paris is well worth it.

Since Parisians rarely start eating dinner before 9 or 10 pm (and meals are not ever eaten particularly quickly or in any sort of rush. Ever), it is typical to not even hit the clubs or bars or go out until close to midnight. And, as you may suspect, because evenings out often start later, it is also the norm to stay out until the sun is coming up. When I was living in Paris, I would often wait to come home until the Metro started running at 5 am; I wasn’t ever the last to leave the club.

There is a wide variety of different ways you can enjoy Paris by night, besides just hitting the clubs.

Here Are Some Tips To Enjoy the Paris Nightlife:

Everyone has heard of the Moulin Rouge cabaret, and many come to Paris looking to spend their evening in a cabaret watching almost naked women dance on stage. Often referred to as Feather Clubs, Cabarets are usually common activities amongst tourists. While you will see little more in these clubs than you would on many of France’s beaches (cabarets feature topless dancers, but rarely full nude shows), they do feature “adult” entertainment.

>>Read: Why You Should Visit The Moulin Rouge
>>Best Clubs in Paris for Tourists

You will often see nights at clubs listed as “parties” on the French tourism site and on flyers handed out on popular clubbing streets like the Champs Elysees. Do a little research before you hit a particular club. Some are gay-orientated, some straight-orientated. There is also a whole crop of formerly gay-orientated clubs that are now popular among people of all sexual orientations. Events, DJs, themes at these clubs can change on a nightly basis, but the scene is always about the same. Expect expensive drinks, pounding house and dance music, and lots of people working on their moves on the dance floor.

Jazz may originally have been an American import to Paris, helping to chase away grim memories of two World Wars, but now, some sixty years later, the Paris jazz scene continues to expand and flourish – thanks to musicians who come from all corners of the world to make Paris jazz clubs sizzle. Paris is chock full of great Jazz clubs where you can spend an evening listening to music and drinking.

Going to the theatre has been a long-honored tradition in Paris, since the days of Moliere and before television and movie theatres were the standard in entertainment. For French-speaking visitors, Paris offers many venues for theaters of all sorts. You can watch classical works of Moliere, Racine, etc. on a fairly regular basis at some of the city’s most famous theaters such as La Comedie Francaise. Going to La Comedie Francaise is comparable to going to watch the Bolshoi Ballet in Moscow. If you feel your French is at a level to enjoy French theater, this is an absolute must – at least once in your life.

Paris has not one, but many theater districts. You’ll find a peppering of theaters in the Grands Boulevards and Les Halles district. Likewise, there’s plenty of theater on the Left Bank – Rue de la Gaite in Montparnasse, and Odeon in the Latin Quarter. You’ll also find theaters on the Champs Elysees.

Unless a show is sold out, you should normally be able to buy tickets right at the theater ticket booth. Half-price tickets are sold at a Half-Price ticket booth on the esplanade in front of the Montparnasse train station. There’s also a half-price booth on the right bank.

If a performance is sold out, go to the theater about a half-hour before the performance; maybe you’ll be lucky enough to buy returned tickets.

There are two major venues for opera in Paris. The Garnier Opera House and the Bastille Opera House (although nowadays the Garnier Opera House is used primarily for ballet). In fact, I was SUPPOSED to go to a ballet on my last night before moving from Paris, but got sick and spent the night at home in bed nowhere near the ballet.

Many people buy year-round subscriptions to the opera, so it can be difficult to get last-minute tickets. If you’re staying at a good hotel, be sure to ask your concierge for help with this. You can also buy opera tickets at the FNAC bookstore chain – or buy them online.

Here is another tip:

The opera house sells 6-Euro tickets about one hour before the opera begins. I haven’t tried doing this but the price might be worth the wait. You do have to wait in line, and there’s no guarantee that you’ll get tickets.

All sorts of concerts, from classical to gospel, can be found in many Paris neighborhoods. Quite often concerts are held in churches. We’ve attended concerts at St Julien le Pauvre (Latin Quarter), the Madeleine Metro: Madeleine, St Germain-des-Pres, St. Sulpice, Sainte Chapelle. Tickets are sold at the door for most church concerts.

Larger concerts for big worldwide artists are held at Le Zenith or the Bercy stadium, Metro: Bercy. Here’s where you can see world-famous performers. Bercy is easy to get to by Metro.

Cinema/Going to the Movies in Paris

Whether you are looking to see a big blockbuster flick or an artsy independent film from the 1980s, chances are you’ll be able to find it playing somewhere in Paris. Paris is full of all kinds of movie theatres that play both Hollywood standards and big-budget French films to black and white documentaries. In Me Talk Pretty One Day, author David Sedaris discusses how he spent much of his time in Paris in a movie theatre for this exact reason.

Pick up a copy of the weekly Pariscope magazine (sold at all magazine kiosks) and look through the pages and pages of movies. The Rocky Horror Picture show has been running almost non-stop in Paris for as long as I can remember. Some of the once ‘cult’ films like Harold and Maude have finally seemed to disappear from the scene, but you’re sure to find at least one ‘Version Originale’ or ‘Shown in the original language’ film that you’ve been wanting to see.

Some of Paris’s movie theaters are experiences in themselves, such as La Pagode, a whimsical theater built originally for rich department store owner’s wife (she ended up running off with the architect).

If you are looking to spice up your marriage and/or sex life with your partner while in Paris, then heading for a Libertine Club as they are known in France, Paris may be the perfect place to do so. While not cheap (it’ll cost you around €100 entrance fee), these clubs are not unpopular in Paris.

Swingers clubs definitely have their following in Paris. They also are listed in the weekly magazine ‘Pariscope’ or ‘Paris Spectacle’. Not to be confused with ‘escort clubs’, you would normally go as a couple; however, some of the clubs do allow singles (particularly single women) to enter. The attitude is often very ‘low pressure’, meaning you can go as a ‘tourist’ if you want. If you do decide to join the crowd, this is a very ‘safe sex’ oriented crowd. All the accouterments to have a happy and ‘safe’ experience are usually available at the bar.

Paris is certainly not void of the oldest profession in the books. Bois de Boulogne is a notorious place for these illegal rendez-vous. From transvestites to stand-by-the-side of the road hookers, etc., the woods of Boulogne have probably witnessed every imaginable encounter. In the past, it was also a spot for swapping couples to drive around in their cars and arrange meeting places.

However, like theatres in Paris, prostitution can be found everywhere in the city. From Place de Clichy to Pigalle, you’ll find their traditional stomping grounds. The Left Bank may be more discreet, but never far away. Rue de la Gaite has no visible street activity, but if you’re a man walking alone, you may be invited to take a walk down Rue Vandamme to a very low-key building. There, every now and then, a woman may open up the door to greet you. Rue Gaite is a miniature version of Pigalle (or Pig Alley as it’s been called in Franglais) with a few sex/video shops mixed in among legitimate theater. With the rise in real estate prices, many of these shops have fallen by the wayside. 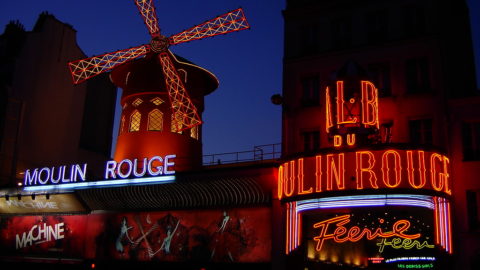 Activities, Paris, Things To Do

Why You Should Visit The Moulin Rouge 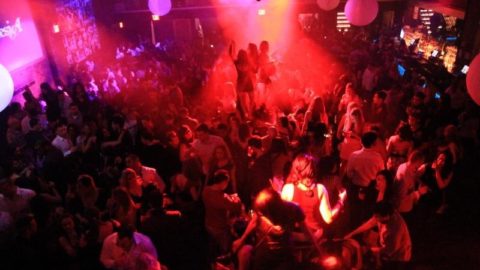 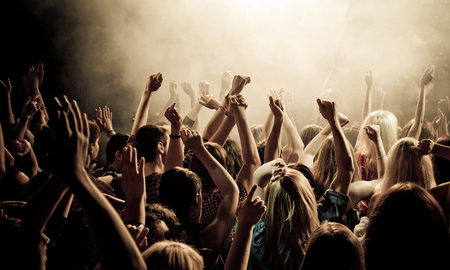 Where to Go Dancing in Paris 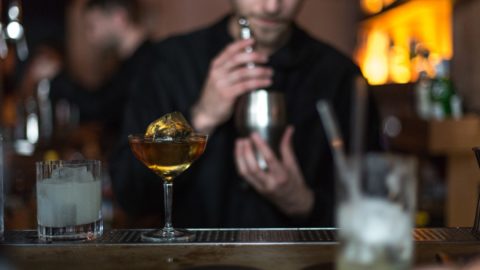 Where to Get Affordable Drinks in Paris