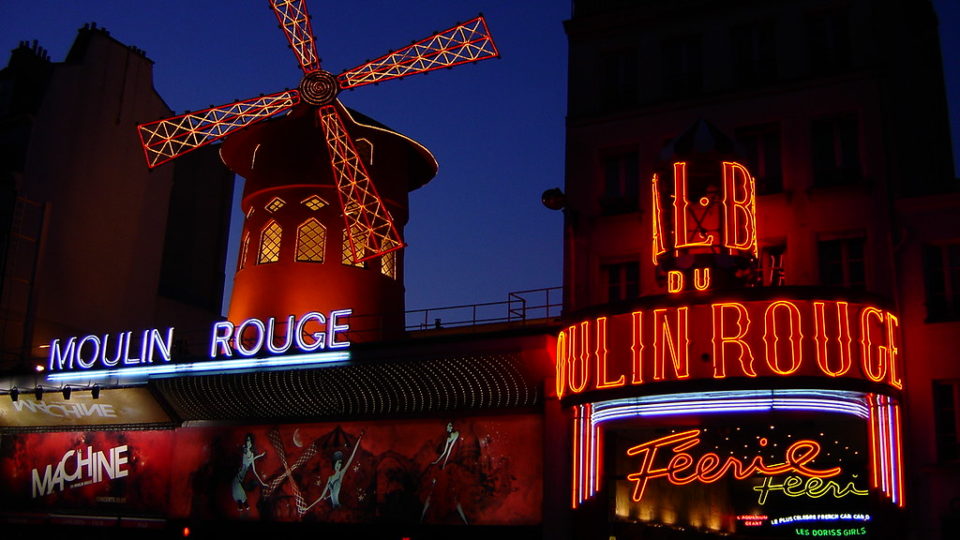 The Moulin Rouge is such a prevalent landmark in the French capital that tourists hardly forget to talk about why they should visit. It is just part of the itinerary, seldom backed by educational content or intention. On the surface, Moulin Rouge seems to be none other than a crummy old performance hall that reminds of yesteryears. But its significance is deeper than that.

The place embodies some activities that are essentially Parisian that no visitor will imagine doing somewhere else. One of them is to attend a cabaret show, and debatably the most popular Paris cabaret show, if not the world, is the Moulin Rouge.

This place is where the Can Can dance was birthed during the Belle Époque, a significant period in French history. If beer, jazz, and cigars do not cut it for you to visit, we have a list of the reasons you should visit the Moulin Rouse.

Here are why you should visit the Moulin Rouge in Paris:

It is the first Parisian building to use electricity for aesthetics

When you visit Moulin Rouge in Paris, you will be stepping into the first place in the capital to deploy electricity for aesthetics. An exhibition to display all the new electrical innovations like the light bulb, electric tram, and dynamo was held in 1881. 5his technology, used in motors, lighting, and telegraphs, spread quickly.

The building became the first in Paris to use electricity in façade decoration not long after. Adolphe Leon Willette is the designer of the Moulin Rouge. Having a distinct plan for the place, he imagined that the space will be powered by bright lighting in the interior and exterior.

When the city granted electricity to the building, the vision was brought to life in the evenings from 10:00 pm. At the Moulin Rouge today, the exact red lighting can still be seen at night.

In 1885, the club was first built but would burn down in 1915 in an unfortunate fire that would see the place shut down for 6 years. What visitors will see today is the works of heavy renovations.

One of the last remaining Windmills in Montmartre is domiciled there

Though there are about four remaining windmills in Montmartre but for some, the two at the top of Montmartre hill will beg to differ. Going by historical accuracy, the windmill at the top of the Moulin Rouge does not count.

In the 19th and 20th-centuries, there were more than 300 windmills in Paris powering the different agricultural plants. Only a few are left today and can all be found in Montmartre. At Moulin Rouge, visitors can see them still towering proudly.

See some of the chic cabarets in Paris

At Moulin Rouge, the performers and dancers are professionals, trained in contemporary dance from around the world and classical jazz. With its collaborations with costume designers, producers, choreographers, and set artists, the cabaret shows are different from what else is served in Paris and maybe in the world.

Dancers are not females only

In the casting of Moulin Rouge, gender is not a determinant. Anyone is welcome to audition, and whoever makes the cut gets the role. Costumes do not change across the board. One cannot even distinguish women from men on the crammed stage.

See where and why the Can-Can was invented

Recognized globally, the Can-Can is a celebrated dance, and only a few people know that Moulin Rouge is its cradle. Early dancers here experienced sexual abuses on stage, and they will have to kick the men to behave appropriately. That was how the Can-Can was accidentally invented.

Witness the “Red” neighborhood of Paris

At the end of the Revolution in Paris, Pigalle and the lower end of Montmartre emerged the official red-light zone of the capital. It was the part of town where one could literally go and behave without rules, where alcohol and sex were the constant features through the night, and social status meant little to nothing.

Though this area around the Moulin Rouge was not like this in the past, it is known to be the unofficial Paris “red” district. Throughput the major strip, one would see peepshows, strip clubs, and racy bars than one would expect.

Yep. You read that, right! Children older than 6 years are allowed to follow their parents or guardian into the activities in the Moulin Rouge. In the past, the child ban was a no brainer due to the risqué atmosphere. And even though much skin is still shown, it has been rationalized that children can attend without issues.

There is a dress code

The prevalent calm and a somewhat sordid nature of the Pigalle strip usually permits patrons to leave intentions in their appearance for a night out. In an attempt to retain the touch of class in the setup, the Moulin Rouge has dress code rules that every attendee must follow. For example, no flip flops, no shorts, and no sports clothing are permitted in the space.

In the case that you had a busy day of sightseeing and walking tour of the neighborhood, and would love to check-in at the Moulin Rouge later, you will need to hit home first and dress for the event.

There are various ticket packages for everyone

In the past, the Moulin Rouge used to have just an entrance fee that leads into the club. Today it is different, Entrance is determined to a large extent by one’s expecting experience. Options include regular tickets, VIP tickets, VIP with dinner tickets, and VIP with drink tickets. Many of these packages start at €190 and increase depending on added options. There are discounts for children.

It is the French capital’s biggest attractions

The Eiffel Tower, wine tours, croissants, and the Moulin Rouge will most likely come to mind when one thinks about Paris. The Moulin Rouge is among the most popular Paris landmarks in the world, and the hit of Baz Luhrmann’s movie, titled with the same name, has added to this prestige immensely.

How to get to the Moulin Rouge

The place is the district of Pigalle, which from Montmartre is down the hill. So there are many options to reach there. Blanche is the nearest Metro stop to the Moulin Rouge, which is just over the road and leads easily to Line 2.

Or one can just order an Uber. The 11 pm Moulin Rouge show finishes by 1 am while a good number of public transport in the city stops running at 2 am. Therefore watch the time when you are out, especially if you do not stay within walking distance.

Parking at the Moulin Rouge

Though there are no on-site car parks there, one can take advantage of the Clichy Montmartre car park. It is an arrangement that authorities have with the Clichy Montmartre. This is bound to offer a nice rate for the time one park, and it can be booked online (choose “forfeit Moulin Rouge” option in the dropdown when choosing the booking time. The park is a stone throw from the Moulin Rouge.

Photographs at the Moulin Rouge

Photography or filming of any kind is not allowed there. And one cannot sneak them in as bags would be checked. In the case that one is caught taking pictures, they may be asked to leave and delete the photos.

There is a luggage storage facility or cloakroom there for small bags and coats. Objects like larger bags, backpacks, and camera cases are not allowed to be taken into the show. Bear in mind that for security reasons, larger bags like luggage and travel bags cannot be brought into the show.

Food/Drink at the Moulin Rouge

Food is available, and one can choose to attend a show with a full meal. They can also choose to buy a Moulin Rouge ticket for the show that includes half a bottle of champagne per head. One can as well buy drinks singly during the show.

Price of the Moulin Rouge

Prices depend on the attendee’s choice; food or not, where the booking is paid, the date paid, drinks, the VIP experience, and the show’s time. But prices can start from €87 per head for a show with no drinks, and about €400for the VIP treatment with food. Limited VIP seats are available, so one should book in advance.

How to get tickets for the Moulin Rouge

There are many options for getting tickets for the Moulin Rouge. It is a place one should visit when around as many special offers are up for grabs. In addition, there are ticket options through some of the tour booking sites to add a Moulin Rouge show to another well-known Parisian vibe like a Seine River Cruise.

Why You Should Visit The Moulin Rouge – Summary

It does not matter if one visits the Moulin Rouge for the terrific experience, or for a simple stop to adore the exterior or appreciate the historical spots. It is a significant part of the French capital’s center. And if you are looking to spice up your nightlife in Paris, a ticket to the Moulin Rouge area will blow your mind.