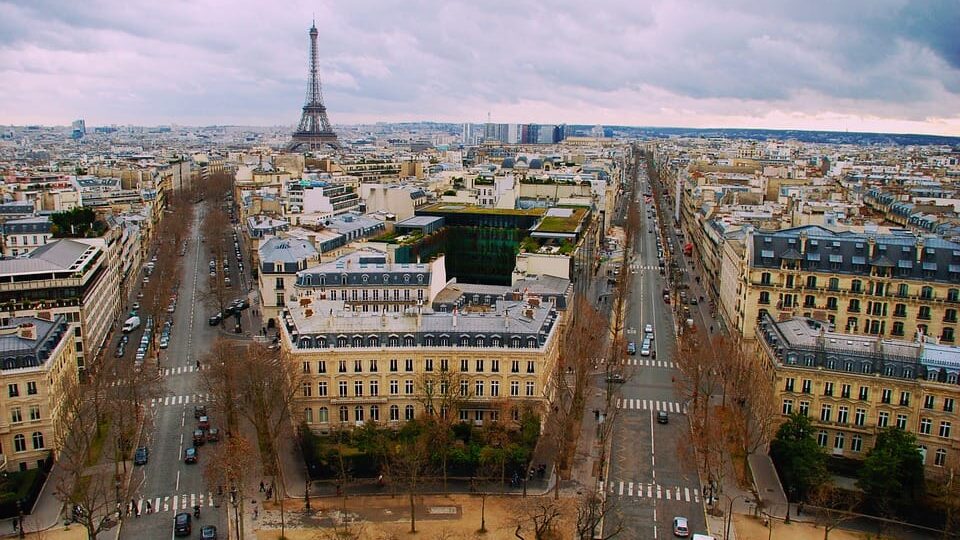 Its magnificent architecture, its wealth of culture and art, and its brilliant gastronomy that always leaves a good impression. The city of Paris is among the most popular and sought-after destinations in the world today. Regardless of the time of the year you visit, the City of Lights will surely captivate you with its beautiful landscapes and remarkable museums.

Whether you visit Paris for a day or week, the chances of longing for a return is incredibly high. This is because no one leaves Paris and remains the same, even if they are serial travelers who have been there multiple times. For a significant part of its history, the city is world-famous for one thing or the other. Today, the list is endless. That is why Paris has remained a top favorite for millions of visitors from across the world.

>>Also Read: What Is France Famous For?

Here Are A Few Things Paris is Famous For:

I start with the most obvious and imposing. The tower is one of the most visited tourist attractions, but it is also the symbol of the Parisian spirit that embodies resilience and romance. The Eiffel Tower cannot be missed when you are in Paris. And as fascinating as the structure is, so is its story.

Unveiled in 1889, the towering figure generated streams of reproof for the authorities. Many in the city do not think having such a wrought-iron frame structure was good for the city’s coffers. Some argued that the Eiffel Tower was blatant and tactless showmanship. It has been more than 130 years, and no one would have imagined the tower’s cultural significance today.

It did not even take long after its commissioning before catching the world’s attention. The Eiffel Tower enjoyed the reputation of being the world’s tallest man-made structure for 41 years before New York’s Chrysler Building overtook it in 1930. It will be remiss of you to visit Paris and not step in the Eiffel Tower to indulge its hype.

Tragically damaged by the 2019 fire, the Notre Dame is one of Paris’ most famous and striking landmarks. In fact, its global prestige was proven when the entire world mourned the loss together. The cathedral is a Gothic-style icon with suspending buttresses, precious sculptures, and rib vaults. It is a shame that visitors cannot enter the building yet, as it is under reconstruction. The Notre Dame remains beautiful and a significant Paris landmark to see, even if you will only pass by it.

The Louvre is known to be the most gorgeous and impressive buldings in France. Built in the 1300s, it used to serve as a fortress and was used regularly as the royal palaces of different French kings. Palais du Louvre is your chance to witness the history of French royalty and to marvel at the kings’ taste.

There are fabulous art pieces and historic artifacts here. If you do not fancy going in, the ravishing building is a much-see. The Louvre Pyramid -one of the city’s most Instgramable sights- is outside the Palais du Louvre. It is made up of metal and glass and is as popular as its historical backdrop.

Towering high at the center of twelve shining avenues, the ‘Triumphal Arch of the Star’ pays homage to the heroes of the Revolution and the Napoleonic Wars. It is one of the city’s most popular monuments. The massive structure is also worth visiting on a day trip to Paris. Covering the arch is the names of generals and victories, written on the outer and inner surfaces. The images and symbols are amusingly patriotic and great to see. Without a doubt, the Arc de Triomphe is one of the most famous monuments in Paris.

In a place with as many museums as Paris, one would think that it will be challenging to stand against the world, but the Louvre Museum is somewhat different. It is so striking that it cannot simply be matched when we talk about its famous exhibits and enormous size. The museum houses over 400,000 various objects, from sculptures and paintings to mummies, musical instruments, and metalwork.

Easily, visitors could spend hours exploring the displayed art pieces in the 8 distinct compartments around the museums, with sights like the Mona Lisa and the Venus de Milo being the favorites for many.

The description of Paris cannot be complete without the Seine. The river that has taken on one of the Paris’ romantic edges and flows through the heart of the city and northward into the English Channel. The Seine is one of France’s most famous landmarks and one of the most popular rivers in the world.

Also, the Seine River is one of the most delightful ways to see Paris’ landscapes while cruising along on a boat tour. The river does have a rich history beyond its lure. Some experts have concluded that the river is the reason the city exists today because it supports Paris’ commerce and trade and sustenance for centuries. The Seine is a UNESCO protected site, so it is often in good shape.

The river crosses about 37 bridges in the French capital. So while you are visiting, you cannot possibly miss this beautiful part of Paris. But be sure to walk its banks at night with your significant other or have a picnic with them there. It is one of the most romantic things to do in the city.

Another thing Paris is famous for is its inclination for sophisticated fashion. The beautiful city is as famous today for fashion as it is for anything else associated with it. The Paris fashion week is held every year, where the biggest celebrities and fashion enthusiasts gather to show off their stuff. Parisians are also known to have a knack for simple yet chic fashion.

Paris is the mecca for exquisite food in France. In fact, the number of Michelin-starred restaurants scattered across the city is impressive. The most famous French food are croissants and baguettes. But the range of food options is incredibly mind-blowing. Snails, also known as escargots, are among the most popular dishes in the City of Light, and there is even an overwhelming variety of ways you can have them.

The duck is another interesting option. Locals are well known for the great dishes they make with duck and their passion for making great meals. If you are not sold out to the idea of eating ducks or snails, the city, like many parts of France, is known for tasty and fluffy crepes. You should sit down at a café to people-watch and absorb the fantastic views around while you are having a delicious meal.

Even though Paris lacks the sterling credentials of Bordeaux among wine-producing regions in France, you can get some of the most sparkling and soft wines in Paris. Much of France’s wine reputation is related to Paris as well. The country is the continent’s third-biggest wine producer, and the quality you will find in the French capital is top-notch.

Since the 6th-century, wine has been produced in the country. The ancient Romans taught the French how to make wine and many of the methods are still used in production today.

Shopping in a place like Paris is like a different adventure on its own. The upscale department stores are different from any other place in the world. It is a place where window shopping might be better for most, but it should not stop any from adoring the brilliant collection of products there. The most attractive place is probably the Galeries Lafayette. Huge and crammed with glass and gold gliding, and some of the most upscale shopping in the world, no one will leave there unimpressed.

The French Revolution might be Paris and most of France’s greatest glory. The struggle set the stage for social change in many countries and laid the foundation of what France is known to be today. During the upheaval, the working class moved to overthrow the elite, who were viewed as suppressive. The city of Paris is an integral part of the struggle as it witnessed some events that shook classism in the nation and the rest of Europe.

What is Paris Famous For – Summary

Paris is not just famous for its breathtaking and iconic monuments. The city led the way in innovations as well. Paris is fondly called the City of Light because it was the first place in Europe to adopt an expansive street light network. In the conversation of cultural relevance today, not many cities come close to the French capital. Its history and present character say it all. It doesn’t just leave you, Paris is a lifetime experience.