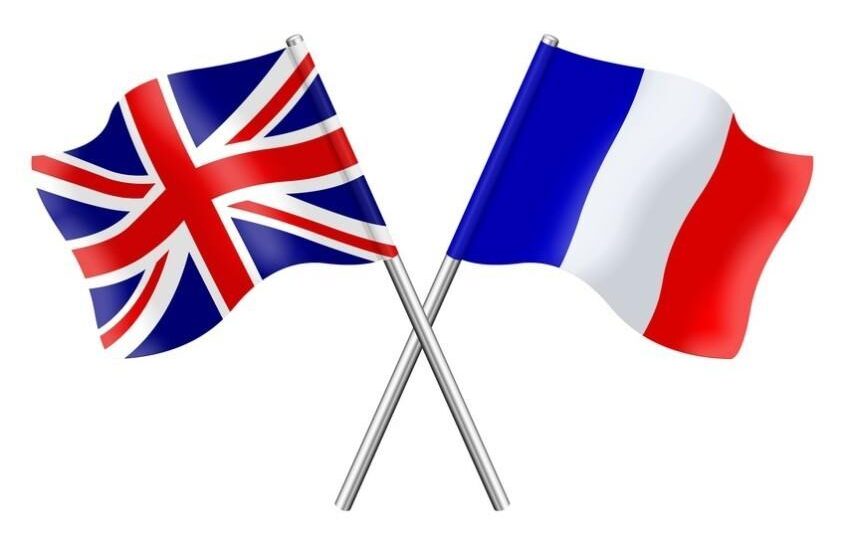 As one of the most spoken languages globally, the English language is heard in every corner of the earth. That is why a bubbling, vibrant city like Paris- which ranks top-5 among the most visited city in the world by the way- has a chunk of locals who can speak English or Anglais as the locals call it. However, this is directly in contrast to the myth that the French- Parisians in particular- have an insufferable animus towards English speakers. Why? English is seen as a veritable rival to the French language and culture.

The French concerns might be legitimate, but Anglophones tend to overblow the disapproving rhetoric. That is why an Anglophone who is looking to visit Paris for the first-time genuinely asks on travel forums, ‘can I speak English in Paris?’ In actuality, hostility towards English speakers is, in fact, against the spirit of business and Paris’ character. The French capital, as you know, is a tourist destination and a business hub. So, posing against its own nature by being condescending to others just because they don’t speak French is somewhat farfetched.

As a Francophile who has had multiple intimate encounters with the city of Paris for decades, take it from me when I say that you do not need to know a great deal of French language to have an enriching life in the city. That’s the big secret. I have even met many people who have spent over 5 years in France and are still at the beginner level of French. Truth is, despite the rich culture, luxuriate lifestyle, and the beauty of Paris, anyone can forge a lovely life for themselves in whatever native language they speak- whether Italian, English, Arabic. What’s more, even in the countryside, English is spoken.

By now, I’m sure you know Parisians aren’t utterly strangers to the English language. And if your fear revolves around whether you will survive in Paris without knowing a single word in French, well, there’s hope for you yet. Who needs luck when you have Parisians?!

In Paris, it is neither the streetscapes nor the art that are the city’s true treasure. The people are. Despite all you have heard, Parisians are generally friendly and willing to help. You will be amazed by how many of them speak English to varying lengths. In fact, local students appear to be the most willing to help strangers find their way. Many of them see it as an opportunity to practice their English, and that’s so cool. So, be rest assured that even if you manage to lose your way in the cobbled streets or somewhere else, you won’t be lost for long as locals can be super helpful.

When you hang out in tourist spots, you will meet several people that speak English as well. Even so, I advise that you exercise patience when asking for helping. Remember, you are the one requesting information, so bear with them if they don’t hear you properly or when they try to explain an entirely different thing from what you want. We sometimes tend to raise our voice when misunderstood, but don’t let your emotions get the better of you.

With patience, smile a lot too. It makes you likable. Locals would be encouraged to help even though you’re a stranger. Do not act rudely or arrogantly when asking for help. It is important not to assume that a local speaks English. While many Parisians can speak English, do not approach with that, especially if you can speak some French. From my experience, it is better and courteous to approach with a little French.

Knowing a little French automatically makes locals interested in you because you’ve tried. Let’s face it, everyone doesn’t expect you to speak French fluently but shows an effort by speaking a few words. I suggest that you begin your conversations with ‘bonjour’ and a bright smile. You can also get by with ‘Parlez-vous Anglaise?’, which means ‘Do you speak English?’ and ‘Merci’, which means ‘Thank you’.

But Why is it Difficult for Some Tourists to Find Who Speaks English in Paris Then?

Yep. That’s true. Despite the English language’s seemingly wide reach in a place like Paris, it can still be hard for some to find someone who speaks English. I think the problem lies in an assumption. Such people assume that the reason people don’t respond to them in English is that they don’t speak English, and that is not necessarily true.

There are many reasons why a person can decide to speak French instead of English (even though they know that you probably can’t speak French that much). It could be pride, fear, or just laziness (sometimes people can’t be bothered).

Imagine you meet a French vacationer in your country. She apparently can’t speak English that much, and you know a little French. You could perhaps speak French with her and help her. But won’t you be timid to speak French? A language you aren’t proficient at. What if you make errors? If you’re like many people, you surely would be.

Or perhaps you will feel a tad annoyed if a French vacationer approached you and spoke French. They are in your country, after all. Shouldn’t they try to speak your language- show some effort? It won’t be out of order to be irritated. Yet several vacationers visiting France come and speak English directly to locals. That is OK, though.

But learning some basic words and phrases won’t hurt at all before booking that flight to France. The effort will show locals that you care about French culture. This can make your time in the country more enjoyable. The locals won’t see you as a tourist among millions of tourists but as a person who has a real interest in the country. That’s why it will come naturally for them to help you when you need their assistance.

Yes, I’ve not forgotten that I have just raved about picking up a few French before visiting Paris, but if you don’t speak French at all, it can’t be the end of the world for you in the French capital. So, speak English. The chances that the stall owner on the corner speaks Slovak or Mandarin are slim. But many will be able to fuddle through the transaction with you in at least simple and sometimes very impressive English. So, when Swiss, Belgians, Dutch, Norwegians, Poles, and other foreign nationals visit France, they generally converse in English with locals too.

Don’t expect everything to be all rosy.

There will be times that you won’t be able to explain yourself in detail. That means you will end up with a less pleasing result. Get used to it, and don’t be choosy. While you are treated with the less desired meal, for example, you might discover something new that you would come to like.

Stay in a touristy neighborhood

If you want to have peace with your embarrassing French or zilch French, stay in an area where there are many English speakers, e.g., a tourist neighborhood. There, no one would give you a blank stare for ordering something in English. Besides, you will meet many others like you. Such areas are Montmartre, Marais, Saint Germain, etc.

You have to say ‘bonjour’

In Paris, a simple ‘bonjour’ will open doors for you. Starting a transaction in English isn’t a good idea. It doesn’t matter if you can’t speak French, just start with ‘bonjour’. Like I said earlier, don’t assume that everyone speaks English. Enter a shop and give them a comely ‘bonjour’ before placing your request in English. Or you can say ‘pardon, parlez-vous Anglais?’ to ask someone if they speak English. Also, speak slowly.

Find relocation agencies if you will be staying for long

To make your stay less stressful, employ the services of ‘relocation agencies’ in Paris to help you settle into the city. In the process of taking you through the immigration system, they can guide you. They will help with finding an apartment, translate government forms for you, and do other difficult tasks they do for non-French speakers. The city’s immigration office can also be helpful.

Can I Speak English in Paris? – Summary

Yes, you can speak English in Paris as most people in Paris speak the language. However, while you can simply get by with just English in Paris, have an interest and put in efforts to know French to a decent extent. I’ll advise that you do this especially if you’ll be staying in Paris for long. Anyone can have a rich and fulfilled life in the City of Light even if they can’t communicate with locals in their native tongue. And thanks to lots of wonderful Parisians, a time in Paris won’t be such a disaster. All the same, you can still ‘bonjour’ your way out of a tight situation.