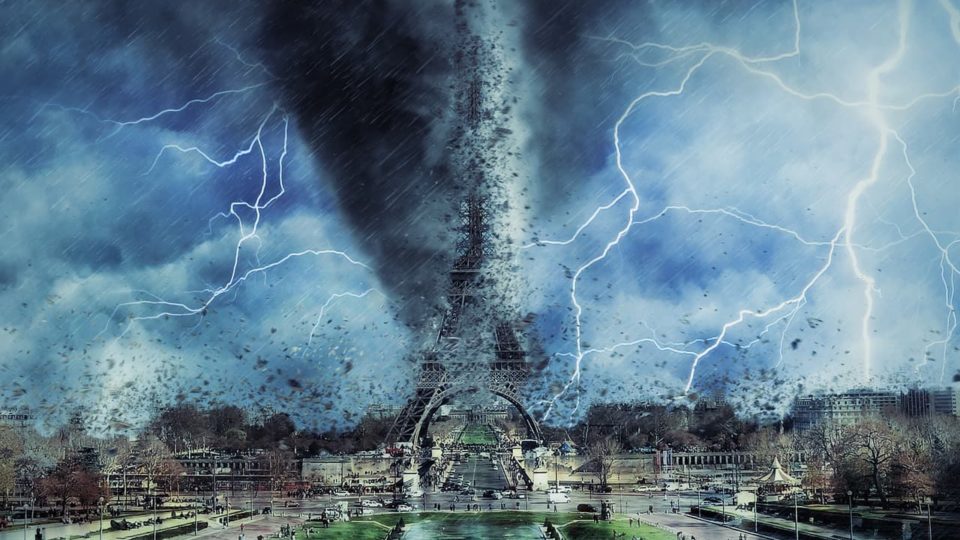 I know this blog is entitled France Travel Blog, and the fundamental concept behind it is to share “All Things France” that make up this beautiful country. Yes, it is true that la vie n’est pas toujours belle (life is not always good) and that’s why I created this list of 10 Things I Hate About Paris.

Often it is full of work and the daily grind and too much technology, bosses, bullies, nay-sayers and petty arguments & annoyances. But in between all of those things, sometimes there is that flicker of light. That second of pure pleasure as you sink your teeth into a delicious dinner or dessert; the beautiful interiors of a cozy home; lazy Saturdays in bed next to loved ones; the taste of new words on your tongue; incredible skylines and landscapes that color your travels, and so much more. This blog was, and is, always meant to capture these lights.

This post is not part of that. It’s not a little piece of light, but rather a mirror that helps reflect it. It is the blackness against which the white shines. It’s the reality check to dreams that would otherwise be delusions. And more than anything, it’s a therapeutic process to help me prepare myself for my Parisian return. Because Paris is my dream – a beautiful dream that I work hard to live in – but it is not my delusion. Rather, it is my raspberry-tinted reality, and I relish it in spite of its dark sides. Εven if it’s got ten of them.

Here Are 10 Things I Hate About Paris:

Somehow I get the sense that most of the movies I’ve watched about Paris take place in a warm, sunny version of the city that must exist in another dimension. Statistically, it rains more in Paris than in London (much to my own surprise), but I think France is such a marvelous marketing machine that no one would ever think it. Until they actually move to Paris.

9. The Scarcity Of Sublime Non-French Cuisine

Whilst gems like Candelaria and Kunitoraya do exist. They are exceptions rather than the rule when it comes to foreign cuisine in Paris. And yes, I do recognize the incredible quality of food that you can find from Café Constant and Aux Lyonnais all the way up to Guy Savoy and Pierre Gagnaire – but sometimes all I really want is an amazing enchilada with a great bottle of cold beer.

8. The Lack Of Good Hip-Hop

Now I absolutely love my indie, electronic, house, and classical music, but there are moments when I just want to get down to a good dose of Jay-Z and Kanye West. I mean, can’t a Parisienne girl get a little what-what?

7. My Inability To Wear A Hot Little Number From My Closet.

Whilst I definitely adore the classicism and chicness of Parisian style, from time to time, I do wish that I could don that figure-hugging DvF dress from New York or that low-cut Burberry frock from London. I realized shortly after moving to Paris that I would alas need to banish half of my evening wardrobe to the back of my closet, perhaps only to be retrieved (le sigh) should a friend decide to throw a Manhattan-themed costume party chez lui.

6. The Inconceivability Of Being In My Mid-20s And Single

Although I am no longer single, I was for quite a while during my first two years in Paris. The endless questions of why? And how? Become exhausting after some time. And the worst part is the underlying query of what is wrong with you? Because surely you cannot be (already) in your mid-20s, single, and normal. Heaven forbid that they let losers like you roam the streets freely.

5 The Reckless Use Of Superlatives.

Sentences that begin with “French culture is the richest…” or “French cuisine has the widest spectrum of flavors…” really grate on the Third Culture Kid in me. I fully recognize the wonders that are French civilization, but do we really need to play this comparison game with other countries? (And does French cuisine really have the widest spectrum of flavors? I’m sure Thailand and India would beg to differ.) The ironic part is, after 3 years of living in Paris, I have caught myself starting to do the same thing! Which goes to show you, superlatives are a contagious concept.

4. The Annual Disappearance Of My Favorite

Boulangeries, boucheries, poissonneries, and other -erie’s for 2.5 months starting in July. And, which therefore marks a long period during the summer where I am left to fend for myself with microwavable Franprix pasta and overpriced Monoprix vegetables. Yes, French people are known for their 9+ weeks of annual leave. But no, we do not all take it at the same time. Some people do still work in Paris during July and August, you know.

3. The Infinite Beauty That Is French Taxes.

As a Canadian, I fully support the principle of high taxes for excellent public services. I don’t even mind that the French government uses it to transport boatloads of sand to create the Paris Plages every year. But it pains me to see half my earnings go to support the salary of the woman (at a government agency which shall remain unnamed) whose only role, it seems, is to schlepp stacks of paper from one end of the office to the other. I mean, really?

2.  The French Obsession With What I Like To Call The Three P’s:

Paperwork, process, and bureaucracy (bureaucracy in its purest form!). Because of these, I now reserve two entire rows of shelves in my massive 6-piece floor-to-ceiling bookcase for binders of documentation. Why? Because someday, somewhere, someone is going to ask for a copy of page 17 of the addendum of the draft lease contract to the apartment, you never ended up renting.

1. Last But Certainly Not Least In My List Of 10 Things I Hate About Paris:

La Préfecture de Paris. Oh, my beloved Préfecture. I have gotten out of bed for you at 6am in the morning, 5am in the morning, and 4am in the morning. Waited for you in torrential rains, in freezing snow, and (on one occasion) in a mini-hailstorm. I have even endured a wooden cardboard box as a make-shift seat in the wintery outdoors for 2 hours for you. And this is only what happens on the outside. Thinking about what happens on the inside makes my skin crawl. I despise you like a bad divorce. But since we’ve got shared custody of this little child called My Life in Paris, I guess I’ll see you in January.

Things I Hate About Paris – Summary

And that concludes my self-therapy session for the 10 things I hate about Paris. And it goes to show you, Paris, that the depth of my affection for you is unfathomable! It all began as a torrid love affair, but since then, I’ve grown to love you more deeply and intimately than I ever imagined. Despite all your flaws, despite all your dark sides, despite the 10 things I absolutely, categorically, definitively hate about you. Even these ten are not enough to keep me away.

Now, dear readers, if you have anything to add to this list, please be my guest! After all, Paris is never a monogamous topic. I know it’s been a great and terrible lover for many people. And yet we continue to love it. Why? Because the City of Lights is indeed full of little pieces of light. And this is the stuff of our dreams.