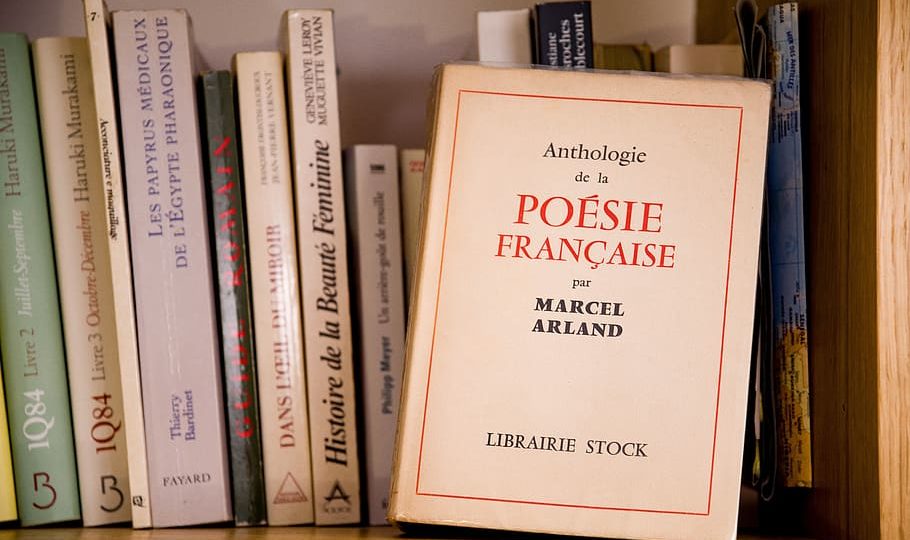 Wrapped in royalty, viscid with blood, eventful, and intriguing; France is fascinating not just to tourists- history lovers find the country charming in incredible proportions. And whether it is pre-modern or modern, there is always a great deal to learn about the series of events that have shaped the country today. To observe the role of France in the world from the lens of her history; distinguished authors and historians have written many books about french history.

Here Are Some Of The Best Books About French History:

This book comes from the scholarly stables of a brilliant biographer, Antonia Fraser. The life of the 18th-century French queen; Marie Antoinette (Louis XVI’s spiffy and extravagant wife), has been told many times. But this author’s account comes closest to describing her life.

History books mark her to be the chief instigator of the momentous Revolution. But her story- which started as a 14-year-old sent from the Austrian capital to marry Louis XVI the future monarch; to her brave defense before she was executed at the guillotine; reveals a woman of intricate character than readers have previously known.

The author brings us closer to Marie Antoinette to see the drama of her life unfold as she becomes the Ancien Regime’s scapegoat when in fact, her faults were small compared to the punishments meted on her.

She was accused of political interference and was subject to written controversial tracts against her by the French revolutionaries. In the meantime, craving for a family and the birth of an heir who would have sealed the Franco-Austro alliance, the queen had to put up with over 8 years of public disgrace for her childless marriage before she gave birth to the first of her four children.

As the French queen’s problems developed, the author also laces a full account of Marie Antoinette’s other, more soul-stirring journey: from the unprepared and poorly educated girl who sought solace in pleasure to the brave woman who resisted her oppositions at her trial with perfect intelligence, raising wonder even among her aggressive adversaries.

The Journey is well written and references many family letters and archival pieces. Antonia Fraser brilliantly attempted to stay clear of Marie Antoinette’s admirers and the gender discrimination of many of the queen’s critics. This yielded an impressively poignant and intense outcome by a fine writer.

The Eighteenth Brumaire of Louis Napoleon by Karl Marx

This is an essay by Karl Marx written between December 1851 and March 1852. In 1852, it was published in a German monthly magazine, Die Revolution. The book centers on the 1851 French coup, where Napoleon Bonaparte seized powers.

The Eighteenth Brumaire of Louis Napoleon demonstrates Marx’s interest in social and political history, dissecting real events from the perspective of the German’s materialist conception of history.

The essay’s title nods to the Coup of 18 Brumaire on 9 November 1799 when Napoleon took power in France to differentiate it from the 1851 coup. Marx explained that the purpose of the essay was to show how the class struggle in France forged relationships and circumstances that allowed for the possibility of “a grotesque mediocrity to play a hero’s part”.

The book has some of the most popular thoughts of Marx’s ideas on an individual’s role in history. It also classifies the mass of the rich, which the author says restrained the republic like its property, as composed of the landowners, the aristocrats of fiancé and big industrialists, the army’s esteemed dignitaries, the church, the university, the academy, the bar, and the press.

Napoleon: A Life by Andrew Roberts

From Austerlitz to Borodino to Waterloo, Napoleon’s battles ranks high among history’s greatest. He was far more than a military brainiac and exceptional leader, Napoleon Bonaparte was one of the greatest statesmen time has witnessed.

The book is the first one-volume biography to use the new publication of Napoleon’s 30,000 letters, which immensely changed our understanding of his personality and motivation. We take a glance at who he was: assertive, forgiving, and a multitasker. Napoleon knew the relevance of relaying his own story- his memoirs became the bestselling book in the entire 19th-century.

The award-winning historian, Andrew Roberts, saw 53 of the French general’s 60 battles sites, unearthed important new documents, and even made the trip by boat to St. Helena. With his vast knowledge of military history and politics, Andrew Roberts produces a masterpiece for the pleasure of history lovers.

Madame Tussaud: A Novel of the French Revolution by Michelle Moran

The world recognizes Madame Tussaud as a French modeler…but is there more to her than her expertise with wax? In this book, her troubled and gripping story is revealed as only the author can narrate it. It all began in 1788, shortly before a revolution began.

By working with her uncle in their popular wax museum, the Salon de Cire. The ambitious and smart Marie Tussaud had learned the secrets of sculpting with wax. Among Marie’s works are a model of Thomas Jefferson, the American ambassador, and a tableau of the royal family at dinner- all housed in her museum in Paris.

Coming from all walks of life, her customers approach to witness her ingenuity, but Marie Tussaud’s desire was to impress Marie Antoinette and Louis XVI; a royal approval stamp on her work could set her reputation high. Months later, she got to know that the royal family was willing to see her works. The king’s sister loved what she saw and requested that the sculptress be present in Versailles as a royal tutor in the art of wax sculpting.

While Marie knew Princesse Elisabeth, her student, she became acquainted with the king and queen, who introduced her to the life of glam and glitz at the court. From big parties with more food than she had ever seen to rooms furnished with candles lit just once before thrown away, the sculptress got a look into a world totally different from where she came from where people will literally sell their teeth to get money for food.

In the meantime, many detest the large gap between the poor and rich. In Parisian cafes and salons, people like Maximilien Robespierre, Jean-Paul Marat, and Camille Desmoulins are castigating the monarchy. Not long, the talks of Revolution began. It was a curious case whether Marie would hold on to her friendship with royalty as the nation came close to a civil war and whether she was able to attend to the demands of influential revolutionaries who demanded that she make death masks of decapitated aristocrats, some of whom were close to her.

5 years after the Revolution to the Reign of Terror, Marie ushers into the world of a phenomenal heroine whose skill in wax modeling saved her life and preserved the faces of the ones that would not be forgotten.

One of the most popular characters in literature, Jean Valjean- the incarcerated peasant jailed for stealing a loaf of bread- this book is among the greatest and longest novels in history. In Les Miserablés, the author leads the readers into a thick underworld in Paris, riddled with the war between good and bad, and leads them to the barricades in the course of the 1832 uprising with a captivating realism that is yet to be matched in modern prose.

In Hugo’s dramatic story are themes that enamors the emotions and intellect: punishment and crime, the desperation of Fantine the hooker, the never-ceasing persecution of Valjean by Inspector Javert, the amoral wiles of scoundrel Thénardier, and the global desire to be free from our minds. This book gave Hugo a platform to criticize the French judicial and political systems, and he did so extremely well.

The Oxford History of the French Revolution by William Doyle

This book is the second edition of the French Revolution’s most comprehensive account. It relies on a large array of new research so as to reexamine what historians unequivocal know to be the greatest of revolutions. Doyle’s brilliant book includes an expansive sequence of events and a large bibliographical essay offering a close look at the Revolution’s history.

Starting from Louis XVI’s ascent to the throne in 1774, the author touches French history through the Revolution, terror, counter-terror, to the victory of Napoleon in 1802. While doing this, he assesses the impact of the events in the country on the rest of the continent. Doyle checks how a movement that started with fervor and optimism soon became tragic, not just for the ruling class. But for the millions of plain folks all over the continent, who paid the ultimate price for the obliteration of the previous political order and the strenuous effort for a new one.

The book is well researched and highly recommended for those who want to dig deeper into the lingering impact of the greatest Revolution on Europe.

If anything, French history has taught us that a nation can risk it all for liberation when it is ready. France has somehow remained significant despite its daunting challenges, as mirrored in the many books written by seasoned history and literary experts. Antoinette’s near escape and execution, Valjean’s endless torture, and Napoleon’s triumphs and travails are bound to leave one emotionally gripped.