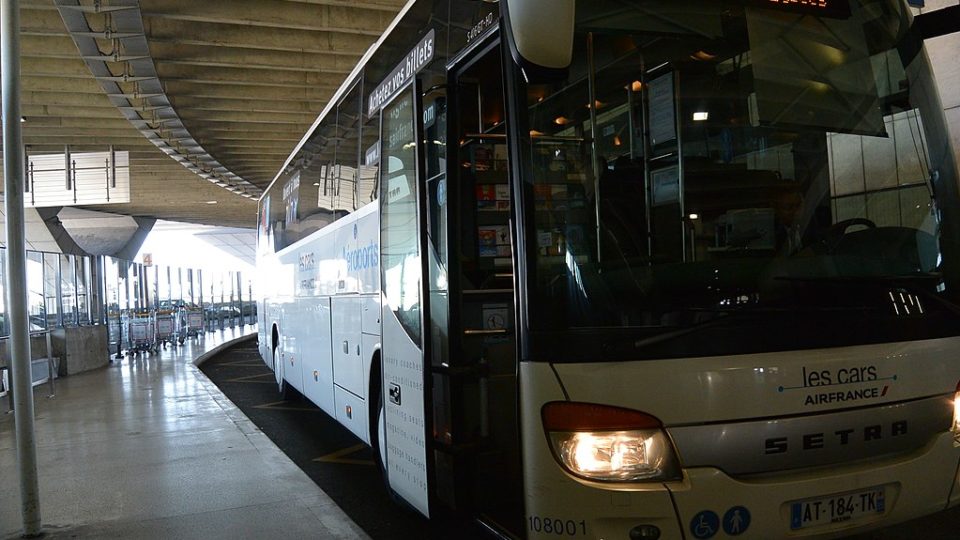 Travelers between downtown Paris and Charles de Gaulle Airport (CDG) have several ground transportation options. RER train line B goes directly to the airport but has limited space for luggage and involves numerous flights of stairs. Many travelers find using the bus an easier option. The Roissybus going to Opéra Garnier is the cheapest, while Les Cars Air France buses offer a comfortable option to Etoile, Port Maillot, Gare de Montparnasse, and Gare de Lyon. Noctilien buses run throughout the night. Private airport shuttles and taxis are sometimes sensible options too, especially for small groups, as no further transfers are required.

By Airport Shuttle or Taxi to Charles de Gaulle Airport

Private airport shuttles and taxis are generally the easiest way to get from Paris to Charles de Gaulle Airport (CDG). Although fairly expensive for individuals, small groups may find the convenience of a direct private shuttle worth the splurge. Traveling times depend on traffic conditions and the exact destination but can be as fast as 30 minutes between the airport and downtown Paris.

Taxi fares are according to the meter but are generally around €50 from Charles de Gaulle Airport to downtown Paris or to Orly Airport. Legitimate surcharges include 15% for journeys at night time (7pm to 7 am), on Sundays, and on national holidays. Luggage incurs additional charges as do four persons, or more, per cab.

The Roissybus operated by Paris public transportation is one of the simplest and cheapest ways to travel from downtown Paris to Charles de Gaulle Airport. Although buses can get stuck in traffic, traveling on the Roissybus does not involve the same amount of stairs (escalators and elevators often break down) that using the RER suburban train requires.

The one-way fare for the Roissybus from Opera to Charles de Gaulle Airport is currently €8.60. Travel cards such as Paris Visite are valid if zones 1 to 5 is included in the pass.

Les Cars Air France is a very comfortable if a bit more expensive way to get to Charles de Gaulle Airport. Buses generally run every 30 minutes from around 6 am to 11 pm. Traveling times are usually just less than an hour.

Tickets for Les Cars Air France can be bought from Air France, counters at the airport, or directly on the bus.

Three Noctilien buses run from just after midnight to 5:30 am from Paris to Charles de Gaulle Airport. (Return buses use the same numbering.)

Night buses require a special ticket called “t+” (priced according to zones traveled – about €7.50 to downtown Paris) or transportation cards such as Paris Visite with zones 1-5. Tickets purchased on the bus are slightly more expensive. A new ticket is required after any bus change.