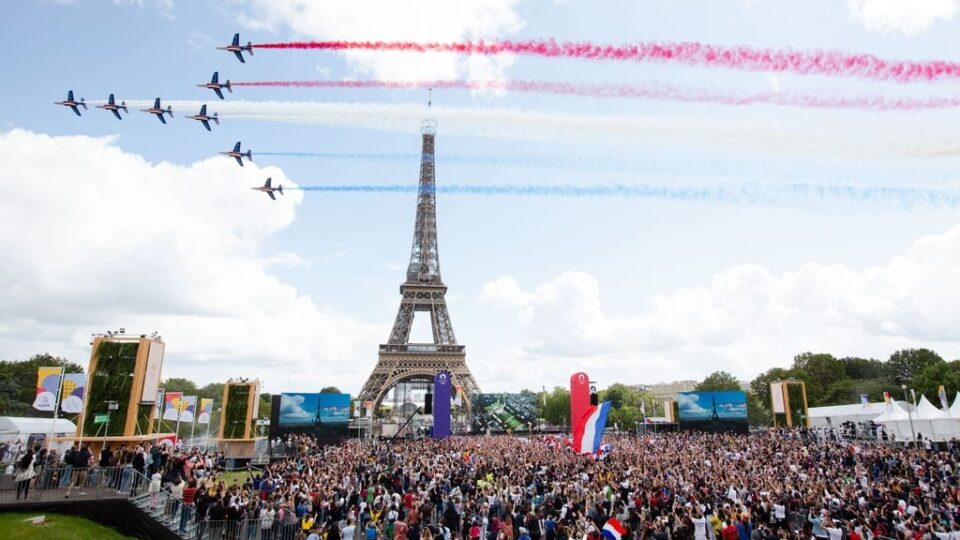 It does not look like French-bashing remarks like “Parisians Are Mean” or “Parisians Are Lazy” would go away, I’m afraid, for generations to come. Residents of Paris are generally seen as mean, rushed, busy, or abrupt, but they do not hate and are friendly to tourists. It is funny how opinions from one or two brief exchanges are generalized to describe an entire group. But if there is smoke, it is probably because there is fire, right?. Are Parisians really mean, or are they nice?

A typical Parisian is not rude or mean. He or she can seem distant to several tourists because they have a particular ideal of politeness. As an example, Parisians are more reserved than many Americans are, for instance. The French generally do not have a culture of extroversion, and they do not go all friendly and mushy when they meet someone for the first time.

Parisians tend to become friendly as soon as they know the person they are talking to. That is why in the French capital, you cannot just start talking to a stranger. It is like an unwritten law to greet the person first before speaking with them. Not many tourists know this, and that is why some are responded to in a shabby, condescending manner.

The irony is that a Parisian could think you are just being rude for asking for help without greeting in French first. As a tourist, you feel the local man or woman isn’t nice because they have a problem with you. But in an actual sense, these are mostly cultural variations.

What You Should Know About the Parisian Culture To Get to Their Good Side:

The Parisian Way of Greeting

Greetings must precede social exchanges. For instance, when you enter a waiting room or shop in the city, say hello to the salesperson or the people present. Better if you say ‘bonjour’. You will come across as impolite if you don’t. That’s just the culture here, and tourists should respect it. Putting to use that Parisian politeness will definitely make you more local friends. There is a way of greeting people you know, though. You must have seen it in movies and travel guide videos. It is called the ‘bise’. Parisians do not hug; they simply bise.

Like other French people, Parisians brush their cheeks to the ones of others while making the kiss sound twice. You kiss the right cheek first before the left. That’s the bise. In the case that you do not feel close enough to the person, a handshake will suffice.

Since Paris is the capital of France, you might think that the city is full of rushed and stressed persons only having a sandwich for lunch. That is not correct. While Parisians are usually busy, they take the time to ha e proper lunch and dinner. As a matter of fact, the average Parisian usually takes an hour and 22 minutes per day on average to eat. That is the most in Europe. Lunch or dinner is a big component of the Parisian culture.

The city has a huge metropolis, but Paris is not that big. And unlike some major cities in the world, Paris has limits that cannot be altered. Around 2.2 million people reside in the city itself, and the land area is only 41 sq mils (105.4 km2). Compared to New York, the land area is 302 sq mil (744 km2).

It will take you 2 hours to walk from the north to the south of Paris. This is why they walk a lot to reach one point to the other, as everything is a few minutes walk away. Flâner à Paris is one of the favorite things Parisians do. They take a stroll in the city with friends to enjoy brilliant viewpoints and window-shopping.

Getting Around in Paris

A full-fledged Parisian knows that there are a lot of cars in the city to find a parking space and not enough taxis to find one on time. Not a surprise that they are subway experts. The metro in Paris has a special density in the world as nothing is beyond 500 yards away from a metro station. It is affordable and faster than a car.

There is ‘Pass Navigo’ to board the metro easily. It is easier and faster for the ticket inspectors. If you plan to stay in the city for more weeks, I advise you get one for yourself. Alternatively, you can take a bike if you do not want to be underground. There is the Velib system too that gives every Parisian access to a bike at any time anywhere in the city.

Making the Most of Your Summer in Paris

There is a common saying that Paris gets empty in the summer because Parisians like to enjoy the sun outside of the city. That is true, they prefer to leave their apartments for holidays, but they also have their small tricks to enjoy the city under the sun.

When it is hot and sunny, Parisians prefer to sit on the grass of the Place des Vosges, the Luxembourg garden, or the Invalids. They visit there for their evenings, having wine or beers, having a picnic in one of the gardens or the Champs de Mars.

Another well-known way to enjoy the pleasant Paris weather is to spend the night on the Seine River banks with loved ones. When you are close to the water, the air is refreshing, and the view is often stunning.

When you think about shopping in Paris, Rue de la Paix or Champs-Elysees come to mind. Not many Parisians I have met go to those places to shop as they are overrun with movie multiplexes and international chain stores.

Every Parisian has his or her own secret store. For example, the Marias neighborhood is the ideal place for lovers of fashion, and Rue des Franc-Bourgeois is the perfect place for clothes shops, while Faubourg Saint-Honore or Avenue Montaigne is for luxury brands. For something totally different, search for the covered passage built in the 1800s. They are the first Parisian ‘malls’ and are where you will find authentic French brands.

Parisians find pedestrian walkways and pedestrian traffic lights useless. The Parisian way of crossing is doing it any time at any place. Locals are too late or bust to wait for the light to turn green. Also, there is usually no light for the pedestrians, so they just have to stand up for themselves if they want to cross. However, you have to be careful with that type of crossing. Maybe it is smarter not to follow this Parisian culture.

Like I detailed in this post, you do not have to wear a beret in Paris. Elegance is a must to fit in the world’s fashion capital. And if you do not want to be treated like a tourist, do not commit any fashion mishap. In the city, they do not dress less than business casual. It is not about dressing all tidy and formal but about mastering the art of a coordinated and clean look. The average Parisian look is black or gray, tidy, simple, and everything must blend the way it should.

Parisians are not mean, and their city is one of the most beautiful in the world. It would be a shame to miss more than you are going to have to on a brief trip just because of some cultural gaffes. As long as you follow the codes of politeness featured in this post, you will do just fine in the City of Light without feeling upset or unacknowledged. Parisians are like any other people in the world with their own uniqueness. And when you understand their cultural cues, you will be overly fine.