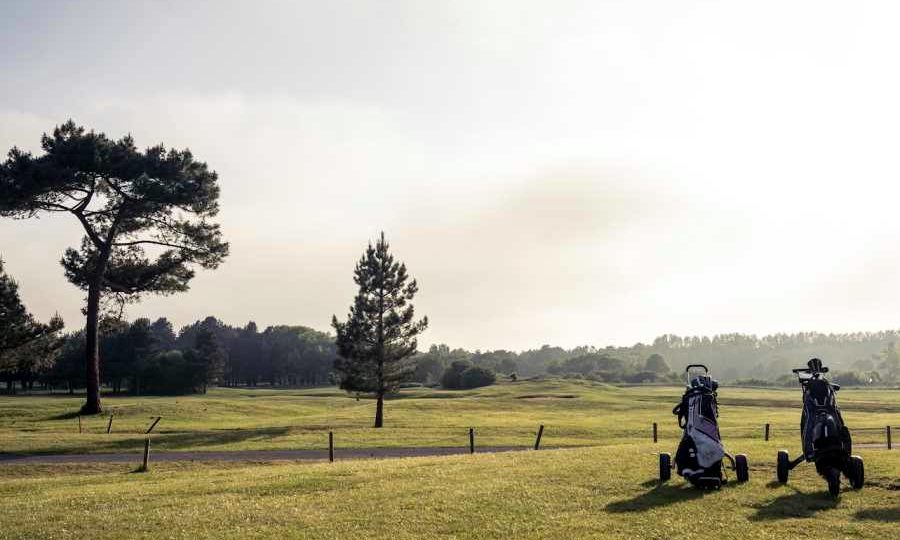 With some of the most unbelievable terrains in the country, northern France has to be your choice for golfing in your next vacation. The Opal Coast, which is a beautiful stretch of coastline in the region, spans from the Belgian border to Berck. Additionally, it has some of the Best Golf Courses In Northern France.

The northern coastal region has always been popular with visitors, especially the English. Therefore, it has some appealing little seaside attractions and seaside towns to invite anyone in. The Berck-sur-Mer is reserved for the bird-watching ones who would love not to miss anything.

Berck is ideally located for getting to Parc du Marquenterre, which is a fantastic ornithological nature reserve. But that is hardly the only thing to behold in the skies! Every year, the area hosts an international kite festival as well.

The country’s northernmost commune at the Opal Coast’s other side is the Bray-Dunes. And if you are a history buff, especially the Second World War, proceed to the beach at low tide where the remains of the Devonia, left in 1940 gracefully stays.

But without doubt, the highlight of the Opal Coast is the numerous golf courses it boasts of.

Here Are Some Of Best Golf Courses In Northern France

The Wimereux golf course was built in 1901 and rebuilt after the First World War. This course is among the oldest in Northern France. It boasts of 72 par with a length of 6,150 km. There are also impressive greens and broad fairways. Also, it is not surprising that Golf de Wimereux has hosted some international events before. In fact, it is regarded as one of France’s best links courses. And on certain days, one can see Dover’s white cliffs from some of the holes.

Usually, one might make par, but as soon as the wind comes around, the seventh hole should be approached carefully. And if the weather disrupts play too much, returning to the clubhouse is the best option where the ambiance is cozy and the food delightful.

At the Golf d’Hardelot, there are two courses to the playing pleasure of golfers which each offering something distinct. Les Pins is a gorgeous, technical course in a beautiful forest area, and Les Dunes, its sister, has astonishing sea views just along the course.

Golfers will find Le Pins, with par 73 spanning 5,929 m, also challenging. The course has hosted some main national tournaments because it has a good standard of play. Its renovations are still new, and the par 3 holes are incredibly nice. Some of the biggest bunkers are here, but they can be difficult to get out of.

As for Les Dunes (par 72 spanning 5,713 m), it is the shorter of the two courses. It is an excellent choice if you are only touring the area for a short period. The course is not the most difficult in northern France, and though it has a rippled surface, it is not the easiest either. One might find the greens at Les Dunes slower, depending on the period of the year visited. However, the entire quality of play should not be affected.

The courses here have something somewhat unique. They both look over the fascinating Aa Valley, and with the options of 18 and 9 holes, there is a course for everyone. If you want a good round, the second biggest French championship is hosted by the 18-hole course. Its hilly features make for a rather challenging long game and also offer offbeat holes. The grass density on the fairways is excellent, and the greens are superb.

And for those who want to perfect their game, the 9-hole course is the perfect option. Experienced or beginner, irrespective of your expertise level, there are ample technical challenges to help with your game.

Aa Saint-Omer Golf Club also has an incredible hotel that is on-site. It is perched on the course, with ravishing views over the 18th hole. You should try out their restaurant whose menu has the best of treats after a round of golf games.

With 6,734 yards from the championship tees, this golf club is situated to the west of Paris in the forest of St. Germain. In 1902, Golf de Saint was founded, and their course was located on the Seine’s banks. However, things changed in 1920 as members could not bear any longer the river flooding their 18-hole layout, hence the relocation.

Among Harry Colt’s impressive catalog of French golf projects, St Germain has a spot with the likes of Chantaco, Granville, Cannes Mandelieu, Le Touquet, and Saint-Cloud. The French Open has been hosted 9 times in St Germain, and it has been won by 8 golfers from different nations (only Scotland has multiple champions from George Duncan in 1927 and Sandy Lyle in 1981). Seve Ballesteros is the last winner at St Germain when he recorded 62 on his 1985 Open de France conquest.

St Germain hosted even the inaugural world amateur team championship for women in 1964. That year, the French lifted the Espirito Santo Trophy. It has a good parkland course that courses through pathways of stately trees, making it a place where even professional golfers must plot their trail around the site while staying clear of the bunkers and trees.

At Stoke Park, after a meeting of the Colt Association and visits to Sunningdale and Swinley Forest in the late 1990s, St Germain came up with a team to manage the restoration of its course to its first design. Excess bushes and trees were removed while the surfaces were resized and reshaped. Then selective bunkers were removed, and at least 50 greenside traps were renovated, ensuing the green setting had its original form.

The course offers brilliant practice facilities with a driving range, putting and pitching greens, and an extra 9-hole layout. Be advised to use them before taking on the main course.

Just 20 miles to western Paris, Golf National is located at Guyancourt and hems the Chateau of Versailles. It was constructed in three years, and in 1990, the Albatros stadium course was declared open for play. Von Hagge Design Associates and Hubert Chesneau designed the golf course, which prepositioned to be the home of French Open and a venue for both local and global championships. Stories even have it that the Ryder Cup could be one day be held there.

The Golf National is the first course in the country to be built to the T.P.C. model, and as one would expect, a site on clay was chosen. As such, heavy drainage is required. The course was designed to host tournaments and, ultimately, to test the skills of the professionals. It has 7,000 yards and is the most difficult golf test in the Parisian area because of its unusual tract of land.

The new irrigation and drainage systems it has were done prior to the 2016 France Open, and the spectator mounding has been renovated while parks and roads make up other parts of the changes.

One of the best in northwest France, the Granville dates back to 1912 when some unusual golf holes were first mapped by local golfers in the Breville dunes along the Atlantic coast. It is the only links layout in France. During the Great War, the military claimed the course, but Harry Colt was employed to spruce up things after the war ended.

Apart from the 18-hole links layout, this club has a short 9-hole course dubbed Les Dunes, which spans 2,216 m with 3 par threes and six par fours on the scorecard. The fairways have been reseeded alongside the greens. This has ensured people see the fescue turf with yearly overseeding by staff committed to managing it.

A remodeling and expansive program have been executed on bunkers, tees, and some of the green environs. Excess trees have also been removed. The 7th hole was modified from a poor par three to a charming short par four. The green on the 14th hole was modified to sandy links ground from a very soiled angle of the course.

Popularly known as one of the best golf courses in Northern France, Le Touquet has 45 holes and a solid European Tour pedigree. It has hosted different tournaments before now, like the French Open in 1977. La Mer is a links test for the golfers who enjoy the seaside turf.

And for something different, Le Foret is a parkland venture but with the sands. Le Manoir is an interesting nine-hole course for the times’ golfers do not want to play a full round.

This golf club is the most southern one in the triad that comprises of Hardelot and Le Touquet. The Belle Dune is situated in the Channel Coast in a place called the Cote d’Opale near to Baie d’Autie in the Somme region.

It is a relatively new course that Jean-Manuel Rossi designed in 1992. The Belle Dune sets well in the midst of some of Europe’s finest dune close to the sea. Measuring 5,883 m from back tees, it is an easily accessible place with a set of 71.

The few holes one will first encounter courses through pine trees, a feature that is bound to instill confidence in players. Away from there, the subsequent holes meander through silver birch and poplars curved by the breeze where a pavement glance exposes hedgerows of buckthorn. The course lies in the Marquenterre reserve and is home to a host of wildlife. For the handicap player, the course is not entirely long but will nonetheless challenge every part of their game.

Regardless of your expertise level, there are ample technical challenges to help with your game in the northern France golf courses. And if you are not up to challenge but wish to go on, the practice facilities are excellent. When you use them before taking on the real deal, they will afford you the much-needed flexibility and warm-up. After an interesting round of games, you can stop at any of nearby restaurants and hotels to cool off in the Opal Coast style.

If you have any more suggestions about the Best Golf Courses In Northern France, you can leave your comments below. 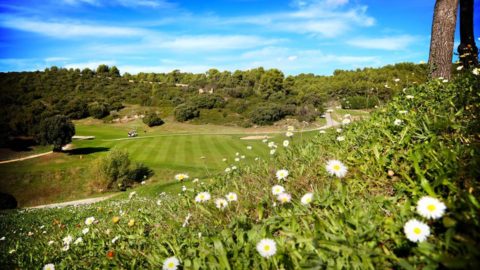 Best Golf Courses In The South Of France 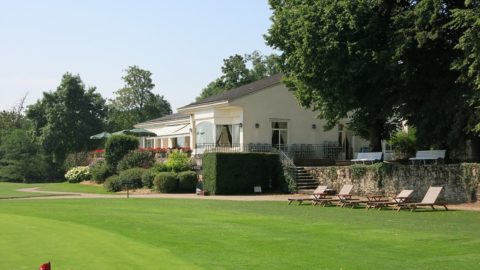 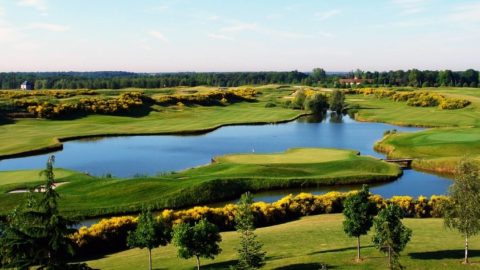