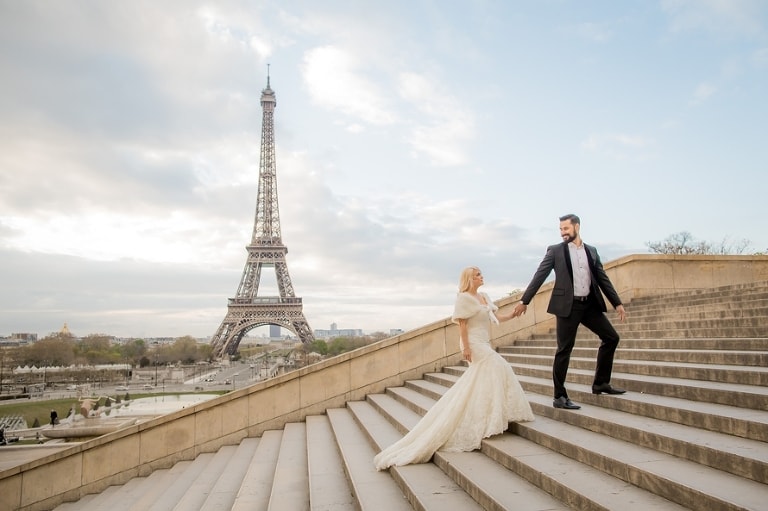 Every season in France is a fantastic time to visit. Spring is romantic. Autumn is known to bring fashion week and the Nuit Blanche festival. Summer is hot and perfect for relaxing at the beach, and winter has the country more beautiful in Christmas lights. The winter months are usually wet, grey, and cold and it’s also a great time to visit the museums and other nice places with your partner.

The best time to visit France for honeymoon is during spring (April to June) or fall (September to November) when there are lesser visitors, reasonable temperatures, and lower prices.

If you and your partner wish to avoid crowds and have a great chance enjoying the nice weather, the best time is usually in May and September (the shoulder season) in most areas, except for Paris that is likely to be busy during this period.

For couples that enjoy swimming at the beaches, the south of France should be your destination. The temperatures of the sea are usually warm in June to September, which usually experiences sunshine and warm temperatures, including warm water as well as fewer crowds. Romantic strolls along the beach can also be enjoyed from April to October.

The best time to enjoy wine during your honeymoon in May and June. A visit to Bordeaux around this time gives you the chance to experience the wine festival. While September and October will be more active, the weather is also good, and you will have the opportunity to experience the harvest time.

Mid- January to mid- February is the best time for shopping in France. At this time, you get the best bargains on whatever you want to purchase. You can also get the same if you happen to be in France from late June to mid- August for your honeymoon. If you and your spouse are looking to avoid crowds and also enjoy discounts on shopping and accommodation, hit the winter sales.

Also, there are traveling seasons you can choose from:

Negotiations are known to be in abundance during this season. The prices for products are much more reasonable, and you also get a better look at the locals and experience their way of life. If you’d be going to the south of France, you will need to prepare for sunny and warm days and cold nights, and if you’d be in the north, be sure to pack some warm clothing as it will definitely be cold and freezing at night. Being in Paris at this time of the year for honeymoon is always magical.

In Paris, the nearest to the shoulder season is around late February to March and mid- October to mid- November. The shoulder season in Paris is usually the best time to visit France because there are fewer crowds, mild weather, and some hotels that offer discounts on accommodation. It’s likely to be very cold so it wouldn’t be so crowded like the peak season.

In France, just like other European countries, summer and the periods around the holidays are generally the Peak season. This is the time where the weather is known to be ideal and great for long days of sunshine, it’s also the most crowded time, where queues are likely to be long. This is also the time of the year where the prices for almost everything are at the highest. The peak season, which is also known as the high season extends beyond the summer months in some areas in France, like Paris.

Accommodation prices are generally higher between April and October. So in case you want to visit around this time, book the hotels months in advance. This is also a time where you and your partner get to meet people from other parts of the world; you make new friends, share memories, and take pictures for your honeymoon photo album.

France Events and Festivals you can Catch on your Honeymoon

You can plan your honeymoon to coincide with any of the French events and festivals you love and wouldn’t want to miss.

New year’s day- In France, especially the major cities like Paris, you can enjoy the colorful parade. Paris hosts the famous New Year’s Day Grand Parade on the Champs- Elysees. There are some eateries that will be open, so you don’t need to worry about where and what to eat.

Epiphany is one of the national holidays in France, which holds on the 6th of January every year. It is a day to mark the 12th day of Christmas and also the visit of the three wise men. In France, it is a practice and tradition to serve the ‘une galette des Rois’. It is a special cake that contains a porcelain figure inside. Whoever finds it in their piece is named and crowned the King or queen for the day. You or your partner might be lucky to get crowned King or queen- it will be one of your interesting honeymoon experience.

This is an international sled dog race (a vehicle mounted on runners and pulled by dogs). It’s is known to be one of the most challenging and longest (traveling over 75km in 11 days) in the world. There is a wealth of entertainment that can be enjoyed throughout the course of the race.

This is a wine festival that celebrates yellow wine (also known as ‘vin jaune’). A type of white wine that is matured in oak casks after it has been fermented over a period of two days.

March 17th is St. Patrick’s Day, but most cities in France don’t celebrate it. Because Paris has a buzzing Irish community, there are usually a good number of pubs and bars that host interesting parties as well as street parades.

This event is held over Easter weekend every year, which usually holds in April. This famous bullfighting event marks the beginning of the French bullfighting season, and it includes music in the streets, turning Ales into big parties, and offering the chance to learn about the culture and tradition of bullfighting in the south of France.

If you are a filmmaker, actor, or you just love movies, and your honeymoon falls within this period, then you should be at the Cannes international film festival. This popular annual film festival attracts all the big names you can ever think of in the film industry to the French Riviera.

Though this festival is meant for professionals but it tends to attract visitors who are passionate about film or meet the celebrities, filmmakers, and actors there.

This holds on the Saturday closest to May 18. On this day, museums across France open for free and remain open late into the night.

This festival holds from late May to mid-June, and it holds a lot of events like the memorial parade and musical salute to veterans. Throughout the festival, there are fireworks, special tours, historical reenactments, and concerts.

Bordeaux, one of the world’s best wine-producing regions, hosts its annual festival in mid-June every year. People get to taste a wide variety of wine from the Bordeaux and Aquitaine regions. You also get to tour the vineyards, attend wine workshops, and watch interesting shows coupled with fireworks.

This festival is hosted in Paris and towns in the neighboring area on the 21st of June every year, celebrating the longest day of the year and the first day of the summer season. Musicians from all genres hit the streets of the villages and cities, entertaining the crowds.

This is a national holiday in France held on the 14th of July every year to celebrate the beginning of the French Revolution. The event is marked by a military parade and fireworks display.

This is a rock concert that takes place annually on the last weekend of August, and it is performed in four states. If you are a rock lover, this is where you should be during your honeymoon.

In two days, Paris city halls, monuments, and government buildings open their doors to the public for them to have a look at some of the city’s most interesting places.

This festival is held nationwide on the last weekend in September. It celebrates the French flavors, cuisine, and gastronomy with other events. It includes demonstrations by chefs, educational activities, tasting local foods, food-themed outings, markets, a tour of wine cellars and breweries, vineyards, and lots more.

This festival is hosted yearly every first weekend of October. It is considered by many as a cultural event you shouldn’t miss. The galleries, museums, and cultural buildings are open for free all through the night.

Though not traditionally celebrated in France, some clubs and bars in some cities like Paris host it to attract visitors.

This annual event holds in the first half of November, this fair hosts over 250 thousand people that appreciate and recognize good food and great wine. It also features over 500 exhibitors and includes new trends.

This event takes place annually on the third Thursday of November. It includes music, festival, and fireworks. A few weeks after the grapes have been harvested, new wine is released at midnight on this day.

This holiday holds December 24 and 25, just like it is in every part of the world.

This day is celebrated with fireworks and parties throughout France with the largest in Paris. You and your partner get to experience the magnificent display of fireworks at the Eiffel tower accompanied by music.

Best Time to Visit France for your Honeymoon – Summary

Some will say because the weather is cold in early winter (December to early January) and rainy in early spring (March and April), it’s not so good for lovers to visit France, especially for honeymoon.

But no matter the time of the year you visit France with the love of your life, be sure there’s something exciting for you. 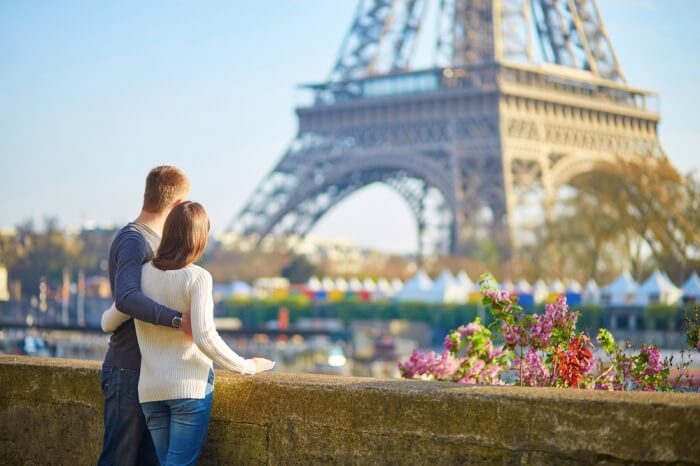 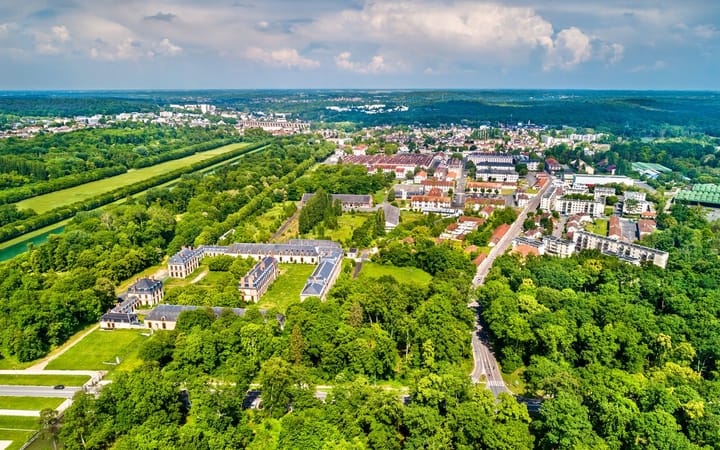 Cheapest Time to Travel to France