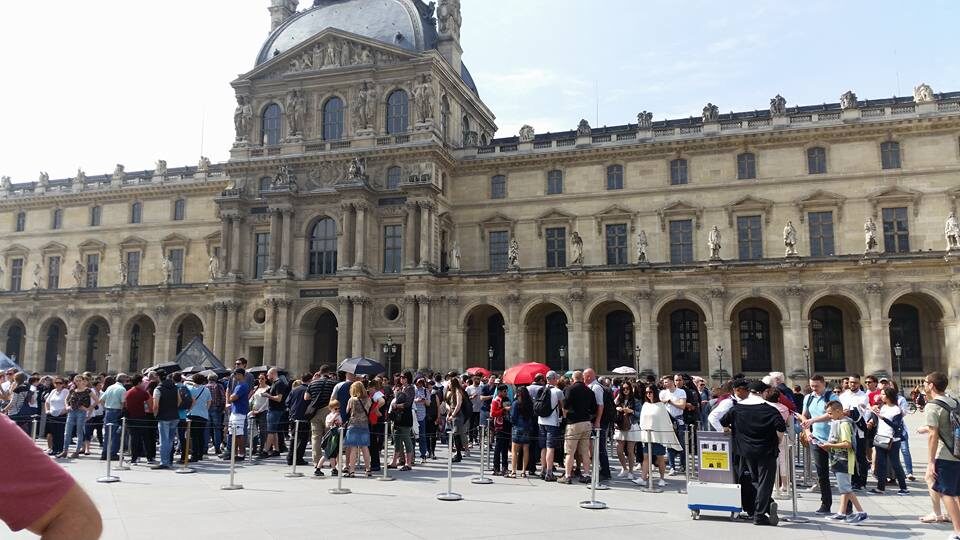 The beautiful city of Paris is one of the world’s most visited destinations. So, ‘hating’ tourists seems farfetched. In fact, hate is a strong word to use for a city that leaves its doors open to foreigners every day of the year (except during a pandemic, obviously). Many tourists complain that when they visit Paris, locals are pesky, politically incorrect, impulsive, and intuitive. But only a few vacationers are nice themselves to locals. It is like they expect every Parisian to be a smiling mannequin at every corner of the city they visit.

The stereotype has always been that Parisians are rude but saying that they ‘hate’ tourists come across as a stretch. And yes. It appears there is an element of truth in Parisians’ rudeness. If you ask any French person living outside the capital city about how they see Parisians, they are likely to use the words ‘rude’ and ‘snobby’.

However, why should we try to change what appears to be common knowledge even among French nationals and sometimes even acknowledged by Parisians themselves? The way I see it is this. The idea of ‘rudeness’ is, to a significant extent, culturally relative. For example, Americans are often asked how they are by restaurant servers every five minutes. They are used to that style. Meanwhile, French people tend to be left alone to have their meal. So, coming from a totally different serving style, Americans would tend to think that they are receiving a bad service every time at the restaurant.

That is just a cultural difference, but that is not to say that services are not bad sometimes. And vacationers have every right to expect courteous treatment from shop owners, servers, or drivers. In the case that you are insulted, delayed for hours without service, or refused service for flimsy reasons, you are well within your right to complain.

However, a grey area needs to be better clarified. Sometimes, rudeness is a question of perception, and learning some basic cultural attitudes and conventions that are common in Paris is important. This will immensely help you in having a positive experience in the city.

So do Parisians really hate tourists? Absolutely not. And are they annoying too? They can, sometimes. If you are anxious about getting an unfriendly service while in the city and want to learn how to navigate some classic cultural exchanges wherever you go, here is what to do.

Don’t Underestimate How Far a Few French Words Can Go

When compared to the U.K. and U.S., and even some European countries like Spain where the not-so-formal “tu” is normally used, in the French capital, formal greetings are used everywhere and regarded as part of etiquette. Whether you are requesting maps or advice from a staff member in the tourist office, or ordering a croissant from a bakery, or asking for directions in the streets, do not forget to always start your exchanges with “Bonjour, Monsieur” or “Bonjour Madame”.

Why is this important? If you do not start your exchanges with these basic polite greetings, your street goer or local server will like to think you are rude. I discussed this in this post. Do not be surprised if someone replies you shabbily when you walk up to them and say “Hi, give me a croissant” or even a more courteous way “Excuse me, how do you get to the Seine?” without saying “Bonjour” or “Excusez-Moi, Madame?” A preceding French remark is compulsory if you want to be perceived as nice and cool.

You might argue that French people should know some English. And truly, most of them do. But it is not difficult to learn some polite greetings in French yourself, trust me. It is a little but a massive show of respect for their culture and a sign that you have put in the effort to know their general polite behaviors.

I assure you that your experience will be at least a tad friendlier if you do this. Unless you have the worst luck and run into a series of grouchy and angry people (who would perhaps show similar traits whether they lived in Paris or London).

Don’t Expect Servers to Smile and Pamper You

Not to be disappointed, do not expect restaurant servers to hover and smile when you are around. Often in France, standards for great service in cafes, restaurants, and bars are different. For example, while Americans are used to servers coming every 5 minutes to cheerily ask whether the meals are great while filling water glasses, Parisians, like other French people, generally prefer not to be bothered.

Your server will come several times to pack your plates, bring your next meal, and carry out any request you may have. But apart from asking you if you’re done, they seldom make small talk and may not even smile. Additionally, they leave a bit of a gap between courses to allow time to digest and fully savor your meal. Frenchmen and women often take more time in restaurant outings, and unless you have to wait for a long time, do enjoy the experience instead of complaining and sighing about the slack service.

You should also bear in mind that servers will not quickly bring your bill. They see it as a rude gesture since it means they want you to quickly clear your table to let the next patrons take it. Even though tourists could find service aloof or slow, some gestures you might consider cold or rude are actually part of the usual courteous service in France. No hard feelings.

Therefore do not be so annoyed with your server that you refuse them a tip just because they didn’t serve you smiles. Professional distance is part of the French service industry.

While in many cultures, light conversations are seen as a norm and even desirable, Parisians are more reserved. Generally, they are polite and friendly when approached with a question (assuming you consider my first point), and it is common to see locals describe directions, help tourists find the ideal restaurant, or offer advice on which metro line to board.

Parisians tend to be less enthusiastic about hearing your ‘audiobiography’ regardless of how interesting you think it is. It’ll start to feel weird if you begin to ask personal questions. Unless they invite you to dinner and initiate a more personal discussion, do not ask them intimate stuff. Do not ask them about their political beliefs, religion, or whether Parisians hate tourists (most do not). It is OK to ask for advice on their favorite museum or bakery. But stay away from telling them all about yourself or asking them to do the same.

Get Familiar With Norms by Visiting a Tourist Information Center

In truth, informed and empowered visitors are more likely to enjoy their journey, know the context of the place they are visiting, and consequently feel less pressured and more in charge. By going to one of Paris’ several tourist information centers at the start of your trip, you can discuss with the staff members any concern or special needs that you have. They will give you documents and maps to guide you in your stay. It is in their place to offer advice on how to handle any issue that might arise.

Parisians, just like most French people, do not hate tourists. However, every traveler should understand that there are big cultural differences. So, what they might consider as rude are actually cultural dissimilarities and not personality traits. When next you visit Paris, do not think every local automatically hates you for being a foreigner just because it is his or her nature. That’s not true. And while there could be an element of rudeness in their interaction with vacationers, do not forget that an average Parisian and you have a gaping difference on things you consider as polite.