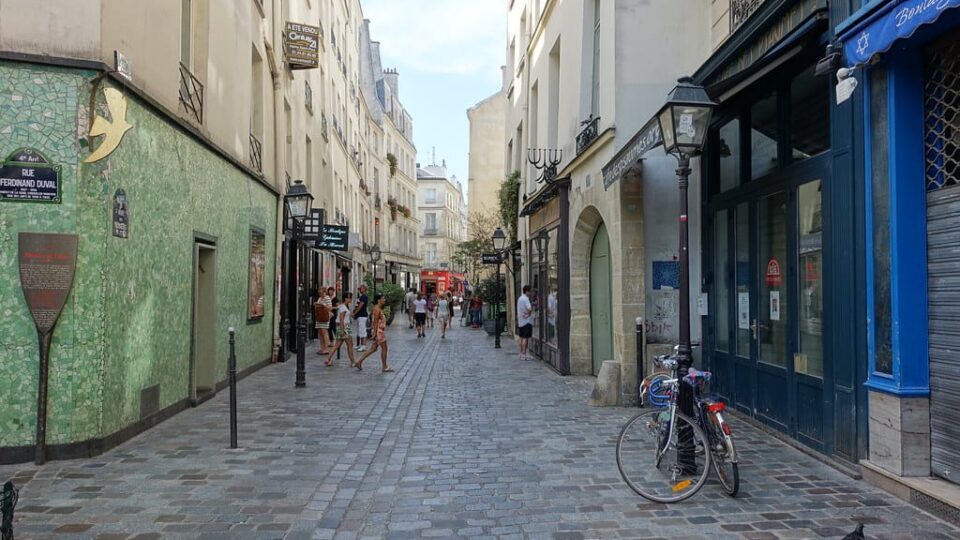 The 4th arrondissement is a sizeable part of what used to be medieval Paris. Visitors will find many remains from that period on the islands and in the lower Marias’ narrow streets. The Marais is among the most popular quarters of the French capital, also formerly known as the Jewish Quarter. It is famous for its captivating charm, strait cobblestone streets, obscure courtyards and quiet gardens, many massive buildings called hôtels particuliers, a flourishing Jewish community, and a vibrant gallery and café culture.

According to history books, this district was the neighborhood of choice for the aristocrats from the 1200s to the 1600s. And like most of Paris, Marais is safe. Every year, over 30 million tourists come to the neighborhood to enjoy a great deal of the Parisian luster. And even though the police force is effective in keeping the city safe, tourists may be a target for crooks and pickpockets on the streets.

Here is What You Need to Know About Safety in Le Marais:

For many years, the “Préfecture de Police” has been working on a policy that is geared to welcoming tourists. Throughout Paris, the police force has reception points that are open to the public. Among these, the 20 major police stations of each district are always open to take reports, receive victims, and offer them the appropriate help. As for the Marias district, it has two major Police stations situated in the 3rd and 4th arrondissement.

Many of the reception desk officers are bilingual. Most of those on duty in the streets are bilingual as well, and in the summer, they wear a badge with a flag(s) that shows which language(s) they speak. These servicemen and servicewomen can answer any kind of questions, from the simplest request of details (directions, etc.) to more sensitive inquires about assault or theft, and are an invaluable help to tourists who cannot speak Français.

In addition, the software application S.A.V.E (Assistance System for Foreign Victims)- is available in 16 languages when lodging a complaint. The system helps every officer to register the complaint of foreign nationals and provide them a receipt in their own language.

Here is How to Avoid Being Robbed in Le Marais

Be Alert In The Street

Be Vigilant on Public Transport

Protect Your Car From Being Jacked

Loss or Theft of Your Identification Documents

The Illegal Sale of Goods on the Street

When you purchase something on the street, you might feel you are getting a good bargain, but in reality, it is the opposite. Buying illegal sales of goods is equivalent to contributing to underground networks and illegal organizations. The source of the product is unknown to you, and in fact, you will be exposing yourself to varying degrees of risks. The illegal sale of merchandise on the street is culpable in France and punishable with a half-a-dozen month prison sentence. There are fines too.

In the tourist areas in the French capital, it is not uncommon to see young boys and girls, usually, minors, who will accost strangers for money. They approach holding a petition and might be pretending to be dumb and deaf. Even though they might seem to be soliciting for funds on behalf of popular organizations, it is all lies.

These young ones intend to get money from pedestrians that will never be given to the said associations. Often, such money goes to underground criminal activities and illegal organizations.

This scam is set on the street with playing cards made up, for example, of a red card and two black cards. The player is asked to bet a particular sum of money on the red card while the dealer shuffles the cards. The player is asked to point out among the three cards, which is the red one. In the case that he succeeds, the double amount of the bet goes to him; otherwise, he loses all.

You should know that in the scam, the dealer has help by two or more accomplices who pretend to be players too. The plan is to recoup the bets of the victims.

What to Do if You Are Assaulted

Established in 1985 in the 1600s’ Hôtels Sale, the Musée Picasso closed in 2009 after a famous art theft. But it reopened in 2015. The gorgeous building is the ideal place to see Picasso’s massive treasure collection, including his sculptures, paintings, poetry, photography, and love letters.

Also known as the House of European Photography, this is one of the most significant museums on the continent with temporary exhibitions. The museum can be found in one of the spectacular buildings in the area- the Hôtel Hénault de Cantobre, which was built in the 1600s.

Paris’ oldest square is in Marias and one of the most adorable. Place des Vosges inspired many squares across Europe, and it is even the first park to be opened to the public in Paris. It is an ideal place to start a walking tour of the area, and you can check out shops along Rue des Francs-Bourgeois for a tasty Jewish pasty on Rue des Rosiers. In 1799, the square was renamed when the départment of Vosges emerged as the first institution to send the tax to support the administration after the Revolution.

>>Also Read: Things To Do In Jewish Quarter Of Paris

Perhaps the only thing missing in Le Marais, compared to other parts of Paris are the big parks. All the same, Le Marais is one of the safest districts to stay and explore without much safety issues. The place is particularly diverse, with big Jewish, Chinese, and LGBTQ communities. Le Marais in Paris is welcoming and tolerant- only a few capitals in Europe are this homely to an impressive range of groups of people.