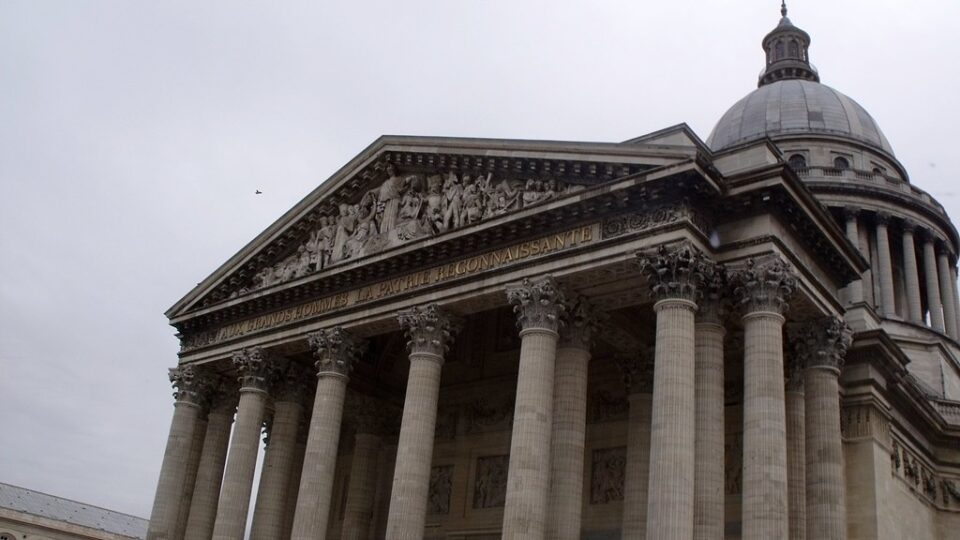 A well-thought Paris itinerary often features a trip to the Pantheon. That is why art enthusiasts and architecture aficionados consider the destination a must-visit. Located at the peak on the Left Bank, the Paris Pantheon was inspired by its counterpart in Rome. It is a distinct structure built in the 1700s at the demand of King Louis XV.

Pantheon Paris has an intriguing story that began in the mid-1740s when the king pledged that should he recover from a deadly illness, he would construct a new sanctuary to replace the derelict abbey of St Genevieve. The plan was laid out, and the church was humongous that Soufflot- the architect- was derided by the entire Paris.

That would signal the start of its rough journey to completion. In 1758 construction commenced, but for lack of funds and unsound planning, it was suspended. The king indulged in overspending; hence the lack of funds and the shifting of the foundation contributed to the pause in operation. It was until 1790 that the project was completed, around the time of the Revolution.

The Pantheon is the center of the 5th district, the Latin Quarter, and is easily accessible from anywhere in the area. There are a number of entryway to the quarter, but the Luxembourg Gardens’ east gate is a popular one. From there, visitors can feel that it is the highest point of the district as it is hilly.

Cardinal Lemoine on line 10 is the closest Metro station. This spot leads visitors to the east of the Pantheon. And behind the monument is the church of Saint-Etienne-du-Mort on Rue Montagne Sainte-Genevieve. Here is the step where Hollywood actor Owen Wilson goes every night to get his magic ride to the past in Midnight in Paris.

The History of Pantheon

Even though it was built as a sanctuary to revere Genevieve, the Constituent Assembly ordered- in 1791 during the Revolution- that the building would duly be a shrine to French heroes. The plan was for it to be the resting place of great persons who died while fighting for liberty. So, it became the Pantheon- the place where the gods domiciled- and a burial spot for the remarkable people who lost their lives for the Republic.

Not too long from then, Napoleon Bonaparte reversed the former plan to dedicate the church to Genevieve. Subsequently, it reverted to a burial ground under the monarchal reign of Louis-Phillipe during the time of Napoleon III. In the crypt of the Pantheon lies 76 men and 2 women, including authors Emile Zola, Alexandre Dumas, and Victor Hugo; scientists Pierre and Marie Curie, and WII icon Jean Moulin.

>>Also Read: What Is The Latin Quarter Famous For?

The Architecture of the Pantheon

The church was mapped out in the form of a huge Greek cross, bearing Corinthian columns, and huge domes fixed by concealed suspending buttresses. The building’s nave is separated by the aisles by a row of the columns that support a cornice and frieze. These features are heavily inspired by Greek architecture. At the upper segment is a painting showing St Genevieve, which Napoleon commissioned in 1811.

Striking Aesthetics and the Church

The brilliance of this building is in its architecture, and the splendid art is displayed over the building. Pantheon Paris’ highlights include the massive dome, the magnanimous Narthex and Naves, and the exciting crypt. These impress visitors with finesse architecture, art pieces, designs, and displays.

The whole stone dome is designed to rival the domes of St Paul’s Cathedral and St Peter’s Basilica of Rome and London, respectively. Placed within each other, this dome is a combination of 3 domes. The stunning paintwork, the Apotheosis of Saint Genevieve, was completed by the celebrated artist Jean-Antoine Gros and is clear from the opening in the basest dome.

With a height of 83.0 m (272 ft), the dome can be seen from anywhere in the city. It bears a triangle in its center that exemplifies the Trinity and is encircled by a nimbus of light. There is also space on the painting that includes few sets which represent the French kings who took steps in protecting the Pantheon Paris. In addition, the four arches or datives also display the elegant paintings of Francois Gerard. These works showcase the phenomenon of the Glory, The Nation, Death, and Justice.

The resplendent façade not only has Corinthian sculptures and columns. There are also models of exceptional philosophers, scientists, and statesmen. The statues placed here are of Voltaire, Rousseau, Napoleon Bonaparte, Lafayette, with soldiers from each military service and Ecole Polytechnique students.

The Western Nave is whole with the display of a series of works showing the saints of Paris, Saint Genevieve, and Saint Danis. Meanwhile, the Northern and Southern Naves have wall paintings showing the French Christian heroes. The Pantheon Paris bears a 68 m Foucault pendulum that was placed under the central dome. It signifies the Earth’s rotation.

The crypt of the Pantheon Paris is the resting place of significant persons who have played major roles in French history. Rousseau, Voltaire, Zola, Dumas, Curie are part of the eminent personalities buried here. Also, note that the crypt bears the remains of modern times popular figures like Simone Veil and Antoine Veil, her husband. If you are thrilled by the setup, there is a permanent exhibition that offers all-important details about the works and lives of those buried here.

Today, the Pantheon Paris is a Christian church and offers services for the community. Here visitors can attend the mass on Sunday mornings and Saturday afternoons. You should try this if you are religious.

Here Are Some Things Worth Doing Near the Pantheon:

As soon as you have gone through the bound, you will discover a Foucault’s pendulum and the large neo-classical architecture- a device invented to prove that the Earth rotates. Do not miss the massive crypt where you will have the chance to appreciate the amazing graves, and from the top, savor the best vistas of the French capital.

Do you want to see the milestones and maze of the Latin Quarter? Do you want to know why it is called its name and why it is such a significant district in Paris? Then you should book a walking tour ticket organized by Parisians who will make visitors feel like a real local in only an hour or so.

Have a Drink at Bombardier

This is one of the most original English pubs in the whole of Paris. People from different parts of the city meet there often at the happy hour (5 pm to 7 pm). You can even catch up with the students’ night on Monday. From inside the pub, you can get an impressive view of the Pantheon- especially at night when it is well lit. It is located at 68 Rue de la Montagne Sainte-Genevieve 75005.

Grab a Bite at Le Rostand

This authentic ‘brassiere’ has a terrace that looks over the Luxemburg Gardens. It serves quite a range of French specialties to keep you interested in the area. Le Rostand makes their treats from fine and fresh ingredients, and that is why people come in their droves during lunchtime. You can also people-watch from the comfort of your seat.

Walk Around the Luxembourg Garden

Nothing stops you from having a me-time when out around the Pantheon. A perfect place to do this is the Luxembourg Gardens, where nature is king. The gardens are located on the Left Bank of Paris, and they are perfect for joggers too. Locals looking to catch their breath or wish to play tennis will find the place cool enough. The young ones are not left out here- there are slides, sea saws, miniature boats, and so on to keep them engaged.

Is the Pantheon Paris Worth Seeing? – Summary

There is no doubt that a trip to the Pantheon Paris is worth it; it will be an exhilarating and educational experience at the same time. Its stunning architecture, mesmeric designs, rich history, and the exciting things to do in the area ensure that a visit to the Pantheon is not just another place to go in Paris. Tickets are affordable and easy to get any time you wish to visit.

Since the former Catholic Church originally dedicated to St Genevieve was converted to a secular monument in honor of French revolutionaries, Pantheon Paris has swelled in meaning and significance. A trip up here is a sort of homage to fine men and women who gave it all for freedom. It is a truly humbling experience in the center of Paris.

>>Also Read: Is The Latin Quarter in Paris Safe?