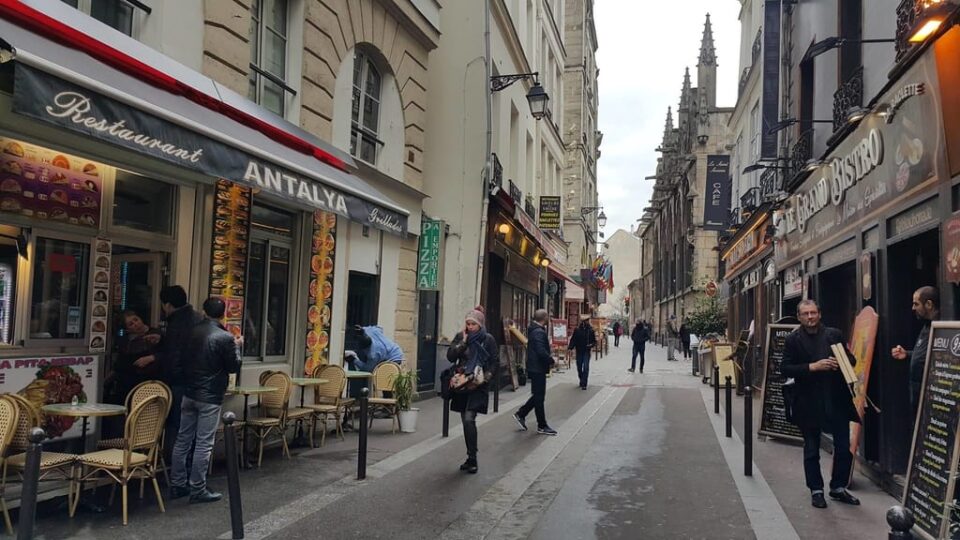 The Parisian experience is not a single-faced encounter that attracts and stuns millions of visitors every year. Rather, it is a multi-faced affair comprising of luxury, class, and much more. Be it the iconic artsy reputation of Montmartre or the chilling vibes of the catacombs or the titillating night outs at Pigalle- the French capital is a massive city with different areas offering something special. As for the Latin Quarter, quirky bookshops, interesting cafes, and a hip student population sets it apart from others.

The Latin Quarter is the home of the Sorbonne University- an intellectual center for the country that attracts intelligentsias from different parts of Europe. The area got its name from the Latin language, which was widely used in and around Sorbonne in the Middle Ages; just after Pierre Abelard and his students began living there. There are also many tertiary institutions in the area, including the Collège de France.

Places to discover are picturesque riverside areas, ancient churches, and the remains of a Roman amphitheater. The Latin Quarter’s brisk atmosphere, with its cinema, theaters, and restaurants, makes this area among the most rewarding places to visit in the City of Light for attending a cultural event and for dining.

Here Are Some Things That The Latin Quarter Of Paris Is Famous For:

This is among the shining examples of elaborate Gothic architecture in the city. This dark church is lit by candles which gives it a spiritual and somber ambiance. Also, a plain nave from the 1200s along with stained-glass windows dates back from the 1300s and 1400s. Other major details of the interior include the pillars with elaborate keystones and flamboyantly carved capitals.

The sanctuary of Saint-Séverin Saint-Nicolas often hosts classical organ recitals that visitors can attend. Lots of tourists enjoy attending a concert here. It is located at 3 Rue des Prêtes-Saint-Séverin, 7500 Paris.

Discover the depth and charm of medieval art at the Cluny Museum. It is in the 1400s Hôtel des Abbés de Cluny, which was the city’s townhouse for the Benedictine abbey of Cluny. The building sits on the excavation site of an old Roman bath complex. Visitors will see Roman and Gallic sculptures in one of the museum’s rooms that can be found in the ruins of the old Frigidarium (cold baths).

The most priceless gem in the series is the popular Lady with the Unicorn (Dame à la Licorne) tapestry collections. Crafted in the 1400s and early 1500s, the collections of six tapestries are recognized to be an allegory of the five senses. But the sixth tapestry’s meaning is a somewhat perplexing topic for scholars. It has the inscription À mon seul désir” (“To my sole desire”). These well-crafted detailed tapestries were made in the ‘thousand flowers’ (millefleurs) style of the era. The museum is located at 28 Rue Du Sommerard 75005, Paris.

The Panthéon is a monument that contains the tombs of France’s most distinguished citizens. On top of the porch are Corinthian columns and an inscription ‘Aux Grands Hommes la Patrie Reconnaissante’ that means ‘to great Men, their Country is Grateful’. King Louis XV commissioned Jacques-Germain Soufflot to make a large church to replace the ruined Sainte Geneviève’s abbey. Soufflot would go on to make a masterpiece of Neoclassical style with its frontage shaped like the old Pantheon in Rome. The dome is modeled by St Paul’s Cathedral in London.

The Panthéon’s whole space is dedicated to remembering the achievements of the country’s most influential scientists, writers, politicians, and other historical figures. It was here that the Foucault’s pendulum was demonstrated in 1851 to prove the earth’s rotation. 72 influential citizens have their lying state here in the Panthéon’s crypt, and among them are Emile Zola, Victor Hugo, Rousseau, Voltaire, and Marie Curie.

>>Also Read: Is The Latin Quarter in Paris Safe?

Place Saint-Michel’s highlight is the imposing Fontaine Saint-Michel. Haussmann commissioned it in the reign of Napoleon III. It displays the archangel Michael overcoming the devil. The allegorical image evinces the theme of good triumphing over evil. When tourists visit, they may toss a coin into the fountain and make a wish as locals do.

The Rue Mouffetard is one of the most atmospheric and oldest streets in Paris; just on the lightly sloping Montagne Sainte-Geneviève hill. Fondly called ‘La Mouffe’, the narrow street is marked with historic stalls, the 1500s to 1700s houses, and chic restaurants that are well known among students. On weekend evenings, the street is particularly brisk when lots of street musicians play to the delight of diners.

Rue Mouffetard starts close to the Panthéon and ends at the Place de la Contrescarpe, a splendid square lined with multiple sidewalk cafes. As an important market street in Paris, Rue Mouffetard is a lively local grocery-shopping spot that is popular for its selection of cheese stalls, bakeries, and other specialty food stores. In addition, there are traditional market shops that open in the morning. They are full of many colorful vegetables and fruits.

A necessary tourist experience is being immersed in the Latin Quarter’s mazy and narrow medieval streets. Rue du Chat Qui Pêche (The Cat Who Fishes) is the narrowest street, and it is an alleyway that courses from Rue de la Huchette to the Seine River. This small street only offers ample space for pedestrians to walk single-file. Lined with little shops and restaurants dedicated to students and tourists, Rue de la Huchette is a catchy spot.

Another historic street worth checking out is Rue Saint-Sevérin, where the Eglise Saint-Sevérin is situated. It is a pedestrian-only street and has many quaint simple restaurants. The Rue de la Harpe is a small street crammed with restaurants, many of which have sidewalk terraces for taking in the street scene.

>>Also Read: Things To Do In The Latin Quarter Of Paris

Another well-designed historic church is the Eglise Saint-Étienne-du-Mont that was built in the 1400s from the Late Gothic period to the Renaissance. The architecture displays the development of styles. The church’s nave contains remarkable Gothic vaulting, while Renaissance designs influenced the circular pillar.

There are epitaphs of Blaise Pascal and Jean Racine at the entrance to Our Lady Chapel. They are both buried in the church. The church is also said to have a stone from Saint Genevieve’s tomb. Sublime 1400s to 1500s stained-glass windows show scenes of the Parable of the Marriage Feast and the Apocalypse.

Found at the back of the Panthéon, the Eglise Saint-Étienne-du-Mont is open to the public every day of the week. Mass also takes place there daily and many times on Sundays. It is located at Place Sainte-Genviéve, 75005 Paris.

>>Also Read: Where To Stay At Paris Latin Quarter?

This is an elegant square marked by splendid old Parisian buildings. The most significant monument on the square is the brilliant Théâtre de l’Odéon which is home to the Comédie-Française (a theatre firm that performs classic French theater-like drama by Victor Hugo and comedies like Molière.

The alluring side streets around the Place l’Odeon are a joy to take on. Visitors will relish strolling around to discover the hippest boutiques and chicest restaurants. For a change of environment nearby, the quiet Jardins du Luxembourg is the ideal spot to recline and enjoy a picnic lunch in the setup of an old French garden.

What Is The Latin Quarter Famous For? – Summary

The Latin Quarter is located in the center of Paris, and that gives tourists a range of activities to do and splendid places to go. The Latin Quarter is not just about the Luxembourg Gardens, the Pantheon, and numerous student bars there; as it offers an incredibly rich supply of what Paris is truly famous for.

>>Also Read: Where To Eat At The Latin Quarter Of Paris? 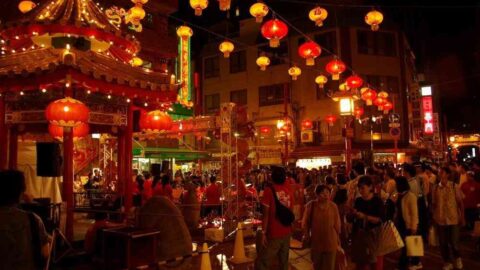