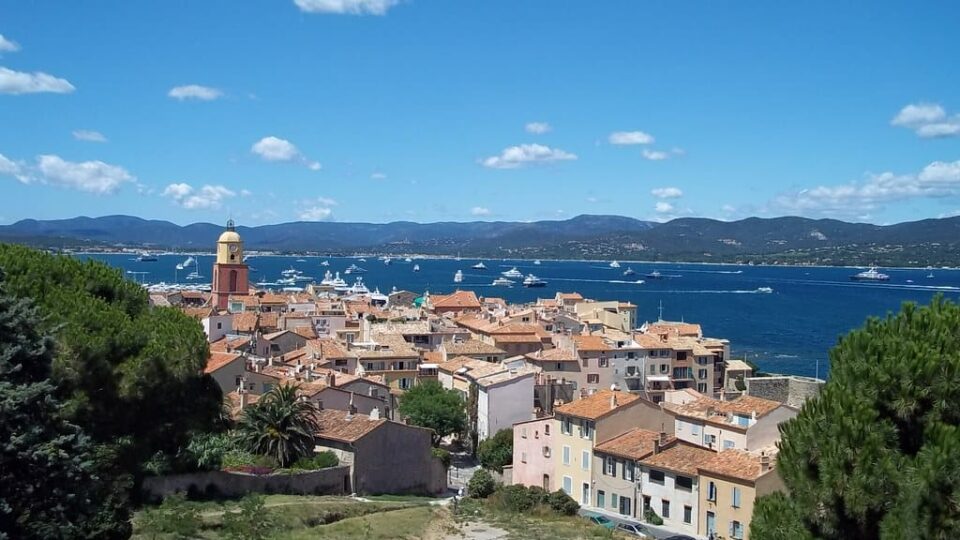 St Tropez is the name that immediately brings images of designer boutiques, sunbathing celebrities, and luxury yachts in mind. It isn’t easy to believe that this glamorous city used to be a quiet fishing village. Paul Signac, the impressionist painter who later enticed artists like Marquet and Matisse, first noticed the city’s allure in the late 1800s.

St Tropez is among the most glamorous and expensive places in the country, with sandy shores, sunny weather, and mild Mediterranean waters. Shady squares, narrow cobblestone streets, and picturesque pastel-colored houses add to the luster. Apart from the fascinating azure blue seas, the city also has a lush countryside of olive groves, pine trees, shrublands, and cypresses.

>>Also Read: Things You Should do in Saint Tropez

Here Are a Few Things St Tropez Is Famous For:

The Vieux Port is the first on the list because St Tropez is a port city with a solid reputation. The Old Port is located in the heart of the town and is the site where the fishing village first came to be. The charmingly simple scene of petit fishing boats and stylish yachts at the harbor mesmerizes tourists. The harbor is also marked with pastel-colored Mediterranean houses and lively cafes with outdoor terraces. On the broad sidewalk at the water’s edge, creatives sell paintings that display city scenes.

Café Senequier is a popular establishment along the harbor. It stands out with its bright red frontage and awnings. A way to feel St Tropez’s character is to stop at this chic café or any other one to your delight. You can also soak yourself in the sunshine and observe what goes on around you.

The Place aux Herbes is another attraction close to the harbor. It is an old market square that is crammed with colorful vegetables, fruit, and flower shops in the morning. Close here is also Halle aux Poissons, the everyday market that deals in some of the freshest fish in the region.

You will find a lot of gourmet specialty food stalls around here. Encircling the harbor on the north is the Môle Jean-Réveille promenade that provides an incredible view of the Vieux Port. This picaresque seafront inspired the Impressionist painters at a time. Interestingly, fancy yachts in the harbor offer a wonderful view, especially when the boat racing competition La Nioulargue is being held at the turn of October every year.

St Tropez’s Old Town, La Ponche, is below the citadel and adjoins the Vieux Port harbor basin. It is the historic center of the fishing village and the most exceptional area of the city. A portion of it has been mapped out as a pedestrian zone of quaint cobblestone lanes- lined with many establishments- and narrow alleyways.

Visitors can begin to check out this brisk quarter at the Rue de la Citadelle that courses into the Old Town’s center. Make a left on the Rue du Portail-Neuf till you reach the 1700s Eglise de Notre-Dame de l’Assomption (26 Rue Gambetta). With its ravishing Italian Baroque bell tower, this sanctuary is quite expressive on the city’s skyline. Inside, tourists can adore the carefully crafted wood and Saint Tropez’s bust- the city’s patron saint.

By proceeding northwest of the Eglise de Notre-Dame de ‘Assomption close to the harbor and passing by the Town Hall (Hotel de Ville), tourists will come across the Bailiff of the Order of Malta at Palais des Bailli Pierre-Andre de Suffren who was also one of the most revered admirals of the French navy fleet in the 18th-century.

Among the major tourist attractions in the city is its foremost art museum that can be found in the old Chapelle Notre-Dame de l’Annonciade (Chapel of the Annunciation), close to the harbor. Dating from 1510, this chapel used to be the church of a Catholic brotherhood- the White Penitents- established in the Middle Ages.

With its exceptional array of Impressionist paintings, Musée de l’Annonciade strongly echoes the city’s avant-garde artistic past. The museum also has a remarkable collection of pieces from Matisse’s solid Fauvist paintings to Signac’s Pointillist pieces and Bonnard’s resonant Nabis-esque works.

A good number of the works on display were made by artists who came to St Tropez to live and work at the dusk of the 19th-century. Other artists featured are Edouard Vuillard, Maurice de Vlaminck, and Raoul Dufy. The museum is located at 2 Place Georges Grammont.

Built in the early 17th-century, the citadel overlooks St Tropez. At the citadel’s entrance is a great relief by Paul Landowski that bears a ship’s cannon. This boding eight-sided fortress now contains the Museum of Maritime History (Musée d’Histoire Maritime) in the space that used to be the citadel’s dungeons.

The visit takes visitors on a journey to discover the maritime history of the city through stories of the people who shaped it. Visitors can also learn a great deal about St Tropez’s fishermen who navigated the world’s seas; from short fishing trips along the Provençal coast to longer voyages on merchant sailing.

Beginning in the 1500s, anglers started traveling beyond the Mediterranean Seas of the continent to the Ottoman Empire. Later in the 1700s, they would reach Africa, and in the 1900s, they reached the far distant lands including the Cape Horn in India and the Far East. It will be an educational visit for visitors as they can learn about these exotic destinations and about the local great men and women who did exploits in the city.

>>Also Read: What is the French Riviera Known For

Even though the city is famous for its private beach clubs along the Pampelonne. Also, many public beaches have no admission fee (except for fees to rent beach umbrellas and lounge chairs). Outside St Tropez’s port is the Plage de Bouillabaisse- a large sandy beach. The beach also boasts of public toilet facilities and showers with a seaside restaurant. In the summer, a bathing zone is enclosed where swimming is allowed, and lifeguards survey the area.

These small beaches are well known with sunbathers in the scantily populated and more laid back setting. While the beach lacks establishments like a snack bar or restaurant, there are lots of restaurants near it.

Apart from its beaches’ well-equipped facilities, St Tropez has more natural beaches (lacks showers and public restrooms). The Plage des Graniers is close to the city center and the citadel. The Plage de la Moutte is a petit sandy beach in a secured cove and can be reached from the picturesque path of the Treilles de la Moutte. The impressive scenery of Moutte Beach makes it the perfect space for a delightful picnic lunch.

The Butterfly Museum is a must-visit if you are traveling with children. It offers something different form the sightseeing, sunbathing, and shopping in the city. With over 35000 objects on display, this art repository gives visitors the chance to adore a wide range of butterflies- from extinct species to the elusive ones like the Black Apollo.

The assorted collection also has exotic species from the Solomon Islands and Amazonia. The specimens are placed delicately in categories and seldom displayed in a setting of their natural environment to cause a feeling of wonderment in onlookers. Visitors will also savor the variety and cuteness of the butterflies on parade. The museum is located at 17 Rue Etienne Berny, St Tropez.

Situated on the Place de l’Hotel-de-Ville and to an end of the Quai Jean Jaures, Château Suffren is among the most significant and oldest landmarks in the city. A genuine relic of the past, Château Suffren was first built over a thousand years ago at the end of the 10th-century when it gained recognition for its art exhibitions. As visitors will see today, the building houses a well-known antique shop. The Baie de la Glaye is also located near here and connected by a small street. Admission is free.

What is St Tropez Famous For? – Summary

Aside from its sandy beaches and adorable coastline, St Tropez’s major allure is its rich history. From the Vieux Port, the squares in central St Tropez, the Quai Jean Jaures, to the Place aux Herbes, the city’s character is evident. If you want to explore the French Riviera, the famous town of St Tropez is a great place to start. 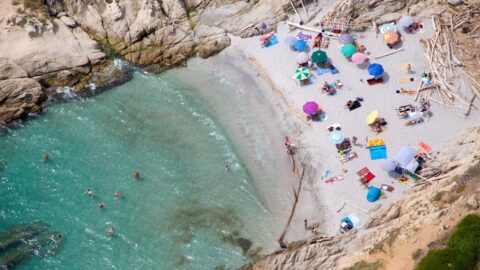