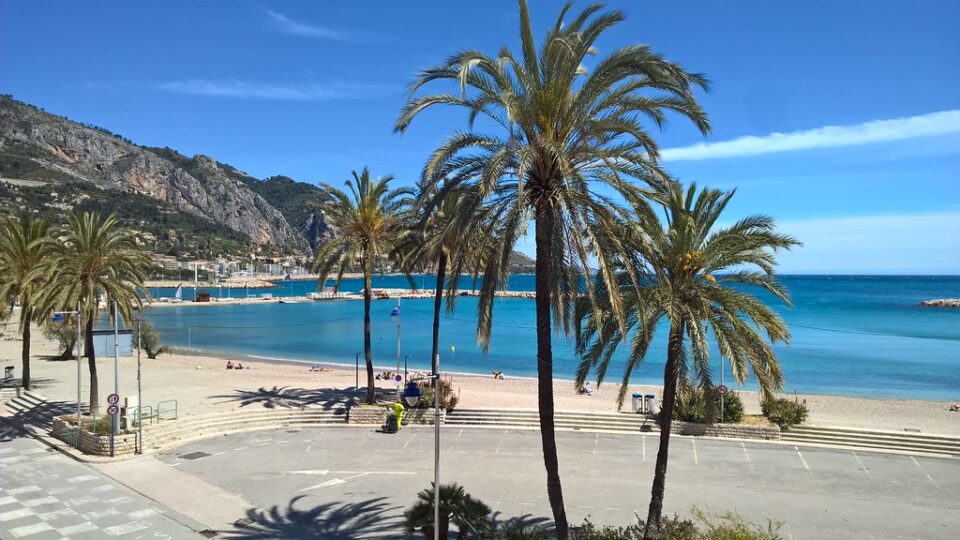 The beautiful and scenic piece of coastline called the French Riviera stretches from St. Tropez to Menton, close to the Italian border. Also referred to as the Côte d’Azur (Coast of Blue), the French Riviera takes its name from the Mediterranean’s deep azure-blue color. This stylish vacation destination is buzzing during the high peak season. It is famous for being the rich and famous’ playground. When the wealthy visit the French Riviera, stay at luxury hotels on villas on the coast and magnificent yachts in the marinas.

High-end restaurants, private beaches, and five-star hotels bolster the image of seaside prestige and class. Whether setting sail from Monaco’s port, relaxing under a cabana in Cannes, or people-watching on Nice’s boulevards, tourists will enjoy the beauty and fun of the Côte d’Azur.

Here is What the French Riviera is Known for:

Located on a fascinating seaside setting, the Promenade des Anglais boasts of the charming Mediterranean character and warm weather. These and more make the city of Nice a must-visit Côte d’Azur resort town. Promenade des Anglais is the most popular street in the city. It is a beautiful pedestrian area that leads to Baie des Anges beaches’ curve.

As far back as the Belle Epoque, the promenade had grand buildings like the Palais de la Méditerranée theatre and the strikingly appealing Villa Masséna (65 Rue de France) that used to be a Princess’ home. It is open to visitors and has a museum of history and art. Exquisite landscaping, including magnificent gardens around Villa Masséna. Apart from sunbathing on the beaches and walking tours, cycling, or rollerblading along the promenade, there are many historical and cultural attractions nearby.

With a flashy market in the local Provencal style, the Course Saleya is the place to be for some interesting time out. Except on Mondays, the market is held daily, and it offers traditional artisan flowers and food products. Just within walking distance of the Promenade des Anglais, the Jardin Albert I is another highlight in Nice. This large garden is one of the city’s first public parks. Atypical of the Mediterranean, the park has monumental fountains and tall palm trees.

A deluxe seaside resort that attracts tourists from different parts of the globe, St. Tropez used to be a laidback fishing village. When filming on a location there, the city was made glamorous in the mid-20th-century by popular actress Brigitte Bardot. This historic village affords an attractive old-world ambiance of pleasant shady squares, cobblestone streets, and outdoor cafes. At the same time, the strikingly expressive harbor is crammed with luxury yachts that belong to some rich personalities.

Even though there are fashion boutiques and restaurants, there remains an authentic Provencal vibe in St. Tropez. When you visit, you will see elderly French mend playing pétanque and locals artists selling their works along with the port and the markets. The town is a delightful place to explore with a laidback beach-village and lots of exciting tourist attractions. At the seaside, tourists can also enjoy basking in the sunshine. Here, the stunning setting and the stylish ambiance are the major highlights.

>>Also Read: Things To Do in St. Tropez

In the summer, flashy parasols can be seen on the sandy beaches of Cannes, and beach lovers relish taking in the sun in the typical Côte d’Azur fashion. The majority of the well-known beaches in the city are located off La Croisette Boulevard and Cannes’ trendy main street.

While Cannes is famous for its luxury resorts and exclusive private beaches, there are also local beaches (Zamenhof beach and Mace Beach) that charge low fees and public beaches whose entry is free like La Casino Beach with a wide, long, stretch of sand; Gazagnaire beach, that is perfect for swimming; the Moure Rouge beach, that is popular among locals as well as the beautiful La Bocca Beach. Also, most of the beaches do have snack bars and lifeguards on duty in summer.

Also Read:
>>Best Beaches On The French Mediterranean
>>Things To Do In Cannes

Widely known for its incredible natural scenery and esteemed yacht race, Monaco has a unique status on the French Riviera. With a royal family, this small coastal city has its own municipality. The royal palace is situated on what is endearingly called the Rock of Monaco. It is the site of a fortress built by in 1215.

Visitors may check out the Royal Palace (Palais Princier) to unearth its gems: a special 1400s frescoes showing mythological scenes; a gigantic Carra marble staircase; the Mazarin room; and the throne room with its royal Renaissance fireplace.

Other major cultural attractions in the coastal city include the Oceanographic Museum with an impressive aquarium; the cathedral; the Chapelle de la Visitation, that has a museum of religious art. In a sublime spot that looks over the Mediterranean Sea, the Exotic Garden (the Jardin Exotique) delights tourists with its breathtaking landscape design and beautiful views. Another major attraction is Monaco’s signature harbor, with many expensive yachts. The place is also Bateau Bus’s launching point, affording tourists and locals transportation around the port.

Also Read:
>>Interesting Facts about Monaco
>>What Is Monaco Famous For

Eze is a treasure of the French Riviera, and it is situated on a steep hilltop high atop the Mediterranean Sea, with cracking views of the Cap-Ferrat coastline. Strolling the strait cobblestone streets of the village courses to sweeping discoveries like small art galleries, nice boutiques, and stunning sea views. One of the village’s attractions is La Chevre d’Or, which is a luxury hotel housed in a 1300s castle.

This hotel accommodates many buildings in the center of the medieval village and has a Michelin-starred setup. It has a fine garden with roses, fountains, shady trees, and art installations. For those who love hiking and nature walks, a panoramic trail starts close to the museum. And proceeds further down the hillside, and reaches the beach.

In addition, the village of Eze has a splendid 1100s religious sanctuary with a fine neo-classical façade from the 1700s. On the top of the village, the hillside is the ravishing Exotic Gardens with an awe-inspiring view. On a regular day, tourists can absorb 180-degree coastal views from Italy to St. Tropez.

Menton, a sunny village, has a spectacular location (the closest town on the Côte d’Azur to Italy) with a gentle climate all year. The mild weather allows citrus fruits and fecund flowers to boom. In this full Mediterranean setting, the village’s Old Town has a unique Italian influence. Tourists can start a tour along the Rue des Logettes and the strait Rue Mongue, twisting through old fortifications.

Rampes de Saint Michel takes visitors to the Place de la Conception terrace with wonderful sea views. At the left stands the 1600s Parish Church of Saint Michel with a winged altar made in 1565 by Antonio Manchello. Built in 1685 in the Italian-esque Jesuit is the Chapel of the Conception is further atop. For seaside fun and relaxation, the Plage des Sablettes is perfect for taking a dip in the gentle waters.

Menton also about two outstanding museums- the Musee Jean Cocteau and the Musee des Beaux-Arts that features Dali, Chagall, Picasso, Picasso, Dufy, etc. The outstanding gardens are another reason to visit Menton, including the Jardin Bioves with fountains, sculptures, flowering plants, and the Jardin Serre de la Madone, popular for its terraces and pools.

>>Also Read: Is the French Riviera Worth Visiting?

The Cannes Film Festival is the biggest French Riviera event of the year. This exciting festival attracts movie producers, movie stars, and other film professionals. While the actors and actresses take on the red carpet, visitors and locals watch at the Palais des Festivals et des Congres as the scene unfurls. This popular film festival is attended by cinema industry professionals and is widely known for discovering new cinema talent.

What is the French Riviera Famous For – Summary

From lively festivals, fine-sandy beaches, luxurious properties, awe-inspiring landscapes, to an unmissable glamorous character, the French Riviera is a delight to millions of visitors. The region is popular for much amazing stuff, and I advise that you curate your French Riviera itinerary properly to get the very best of your time there.