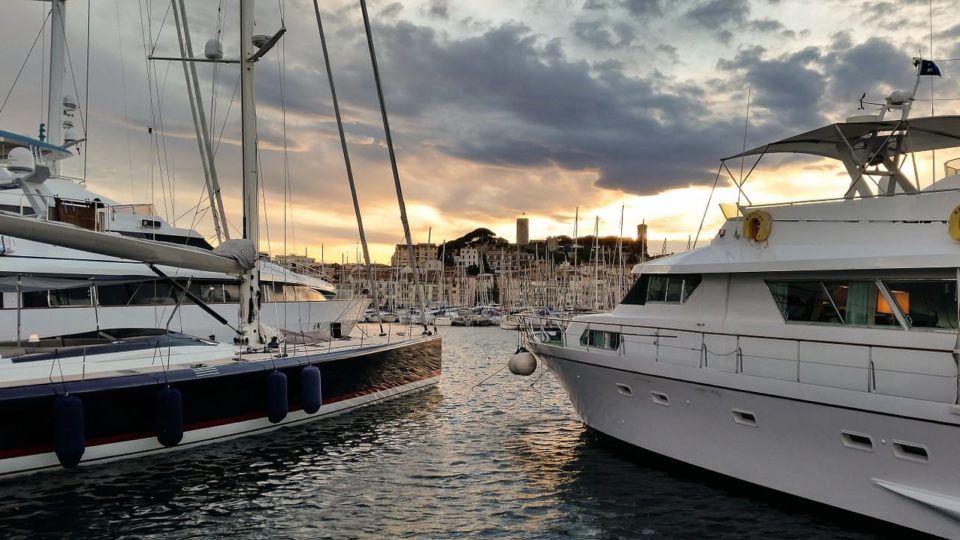 Popular for its resort and port, there is so much to admire about the Cannes. With its nice climate and its reputation for style, the city is definitely an amazing place to visit. It is located on the bubbling Riviera and has lots of interesting cultural attractions alongside some wonderful places where one can relax and play.

Cannes particularly burst to life for two weeks in May, when dozens of paparazzi, industry top bananas, and the world’s biggest stars hit the city for the popular film festival. The rest of the year sees some of the richest people in the world flock to the city for its glam.

Here Are The Best Things To Do In Cannes:

Similar to the Promenade des Anglais located in the nearby city of Nice, La Croisette is among the most significant streets in the country. Spanning the length of the seafront for a mile, this street dominates the city.

On La Croisette, you will find chic resorts and luxurious hotels, many of which boast of their own private beaches. And for those who do not mind doling out cash for a sun lounger, they can even opt to enjoy waiter service on the beach.

See Cannes’ hippest residents jogging, walking their dogs, or just sitting down and chatting on one of the chairs that line the path is a great spot to people-watch. La Croisette is located at Boulevard de la Croisette, Cannes, 6400.

For the prudent and lovers of cooking, Marché Forville is the place to stop by when necessary. You will see many vegetables, seasonal fresh fruit, and the ingredients you are looking for. Go there any morning, except on Mondays, to try the local olives, seafood, meats, and much more. You can even grab indulge in some local delicacies. It is located on 5-11 Rue du Marché Forville, Cannes, 6400.

This festival is held in September and is an opportunity to marvel at recent luxury yachts and boats on sale. In the case that you cannot afford the down payment on a vessel, you can just visit all the nice sailing machines- a way of playing out your billionaire fantasies.

Cannes yachting festival draws people from different parts of the world. The Port Pierre Canto and Vieux Port (the Old Port) are the two locations where the festival is held.

A man laid out wide gardens and built a massive château to the west of Cannes just when the small village (then) was first becoming popular among British vacationers in the 1800s. Now it has become a 200-acre wide public place of hikes and paths. For picnics and a rendezvous with nature, this park is the place to be. It is located at 166 Boulevard Leader, Cannes.

Built by Louis Hourlier in 3 years and with its construction completed in 1877, La Mairie is among the iconic buildings in the city. Facing the city port, the Town Hall is a nice example of the 1800s architecture. People used to come here to register one thing, just like any French town hall. It is located at 1 Place Benard Cornut Gentille, Cannes.

Also known as the Old Port, Le Vieux Port is a nice blend of affluence and traditional charm. It is an amazing place to watch the big yachts come into town, over a glass of wine in one of the cool bars at the water’s edge. Photo enthusiasts should look forward to capturing sunrise or sunset when the phenomenal colors of the portside buildings appear to jolt to life. The Old Port is located at Jetée Albert Edouard, Cannes.

Le Suquet is a Roman settlement above Cannes and is the oldest region in the city. The area is amusing to walk around, and chromatic-colored buildings remind of what the city looked like in the 1700s and 1800s (before the droves of vacationers arrived). You will also see family-owned restaurants on these twisting streets. Le Suquet can be found on Rue Saint Antoine, Cannes.

This museum is located in a medieval castle that used to be the abode of the monks of Lérins. Located above Cannes, the museum offers splendid views of the city and neighboring areas. In the 1800s, a local resident passed on the Musée de la Castre to be an art repository. Today, the museum features medieval artifacts, grotesque paintings, and Asian instruments. It is located at 6 Rue de la Castre, le Suquet, Cannes.

Built in the 1300s and 1400s, this impressive church is perched on the hill above the city and provides great views over Cannes. Alongside the neighboring Musée de la Castre, both make up the city’s historic architecture.

Check The Island Of Saint-Honorat

Saint-Honorat is on Cannes’ second largest island off the coast of the city’s mainland. There is a fascinating there where monks- which owned most of the city- live and still produce wine under a vow of silence many years ago. The island has a great fortress and a nice port too. If you want to see the more layback part of Cannes, visit Saint-Honorat. You can even spend the night there as there are rooms for visitors.

Go To The Beaches At Sainte-Marguerite Island

The island of Saint-Marguerite is just next to Saint-Honorat. Off the coast of Cannes, there are four islands, and this one is the largest. The two smallest islands can only be reached via private boat. Saint-Marguerite has nice beaches and quaint buildings and is a terrific place to observe a ‘me-time’ from the bustle of Cannes.

The festival is one of the world’s most popular international events. It has been celebrating both mainstream and art-house cinema since its inception. The city sparks every May when the most revered names in the film industry hit Cannes. Even though the festival is held all over the city in every theater hotel and cinema, the focus is on its most popular street, La Croisette.

Housed in the former Grand Hotel on La Croisette, Centre d’Art La Malmaison cannot be missed. Following the demolition of the Grand Hotel, the Games Room stands and is where a visitor will find much artwork from the 1900s and 2000s. It is a great modern-art museum with brilliant temporary exhibitions.

This hotel is among the top-rated hotels in Cannes. It was built in the early 1900s during the architectural epoch, Belle Époque and its domes are rumored to be modeled on a popular mistress’s breasts.

InterContinental Carlton Hotel is where top guns stay when they visit the city. Among the amenities, there is a spa, free Wi-Fi, bathtub in, hot tub, bar, childcare, and business facilities. It is located at Cs 40052, 58 Boulevard de la Croisette, Cannes.

Cannes is very popular for its shops and with some other places on the Riviera, they have the most elegant boutiques and shops in France. Rue d’Antibes, especially, is a great area to window shop and see the filthily rich in action.

In Cannes, there are many nice public beaches where to relax all day is free. Located at the tip of the foreland and a little away from the noise of La Croisette, the beach offers proper serenity. And because it is shallow close to the shoreline, it is a perfect place for windsurfers and families.

Have Fun At Plage du Midi

Away from La Croisette, this is another public beach that tourists should visit. At Plage du Midi, sun loungers are not for rent, but you can join the locals and place down towels wherever is nice. But be advised that valuables can be stolen here like in any public beach, so keep an eye on your things. You can cool off at any of the restaurants and ice cream shops around.

The French Riviera area charms visitors for its culinary credential, temperate climate, and stunning scenery. Though most of the cooking classes in the area are held in Aix-en-Provence, or Nice, La Serviette Blanche in the city of Cannes provides market tours, chefs table evenings, and cooking classes, where visitors can eat with a popular local chef as they prepare a tasty dinner. La Serviette Blanche is located at 4 Rue la Fontaine, Cannes.

When visitors see the pictures of celebrities gracing the red carpet in the city during the popular film festival, the stars are usually standing just in front of the Lumiere Theatre at the Palais. This place is the real abode of the Cannes Film Festival featuring more than 18 cinema screens when the festival holds in May.

Things To Do In Cannes – Summary

For holidaymakers considering a visit to the French Riviera, Cannes should not be missed. The city has some of the world’s most prized coastlines and a friendly climate. Talk about fashion, glam, and luxury, Cannes has it all!