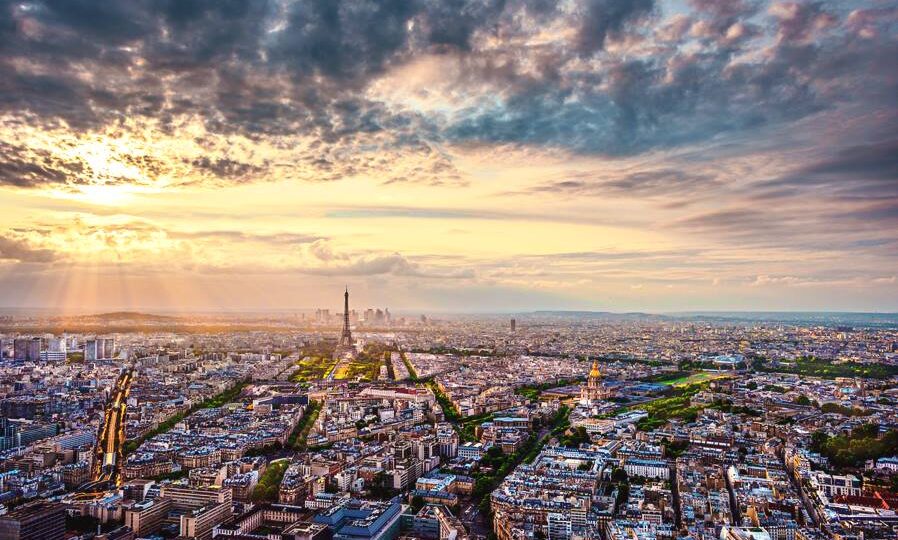 When I hear things like “Paris is the dirtiest European city” and “Paris is a dirty city”, I genuinely feel such takes by tourists or well-traveled expats are nothing but disingenuous. Additionally, I have reasons to believe that such ideas consistently stem from abject disappointment, especially in first-time visitors to the French capital. While the claims might be valid, it does not mean that they are overly true and sincere.

You might think that I am set to go on a tirade about how people, mostly travelers, are ungrateful to brandish Paris as the dirty, overhyped, and romantic city. Not quite. I feel most critics of Paris are not just honest about their criticisms of the state of hygiene in the French capital. Yes, Paris is dirty, but not any more or less than any other main western metropolitan center.

In fact, the city’s mayor recently addressed the issue. There are laws and mechanisms to see to the cleanliness of the city, but I have to admit that some Parisians do not bother much about where their dog poops or where they drop their cigarette butts. But isn’t that enough to adjudge the city a dirty one? Maybe not.

In investigating the origins of the 21st-century anti-Paris claim, I observed that the English media have sufficient input on the matter wherein they convince readers that the French city is the dirtiest capital in Europe; much to British pride. A Guardian article describes Paris as “the dirty man of Europe” and a city that is “grubbier than ever”. That is utterly false, by the way, as revealed by Eurostat.

Here Is Why Some People Claim Paris Is Dirty

Some have expressed their dislike for the French capital because of dog poop that they say litters the entire city. While that is an exaggeration, I take it that they expected Paris to be like a mini-paradise except for flying celestial bodies and golden streets. Paris is just like any other major city in the world. Granted that dog owners can be annoying at times when they do not attend to their dogs in public spaces, but that is not certainly a Paris thing. In fact, whether it be dog waste or cigarette butts, there is a 68 euro fine for littering. This and other measures are put in place to ensure civility in public spaces.

The public display of affection disgusts some. Some have even argued that Paris is a city of lust and not love. One writer complained about how couples are ‘all over each other’ in every corner of the city- lit or unlit. It hurts no one that couples are expressing strong feelings for each other. Should we stop visiting the most beautiful city in the world because of something as innocuous as PDA?

Yep, the city is crowded, especially in the tourist season, and it can handle it. There are major cities across the world where transportation facilities, security, power, and other social amenities are a wreck because authorities seem not to have enough resources to meet essential demands. Millions visit Paris every year, and it gets incredibly crowded in peak seasons. However, it does not stop anyone from having the fun of their lives. For example, if you intend to beat the often long queues at a well-patronized place like the Louvre or Musee d’Orsay, ensure you buy tickets online in advance.

The list would not be complete without talking about the French’s arrogance and rudeness. It is funny how every Parisian is rude until proven otherwise. Not every person at the counter would smile on sighting you. Not every waitress would have a ‘friendly’ face. I think it is unfair to expect everyone in Paris to prove that they are nice by comporting themselves just as you expect them to be. This is not to argue for laxity in service in any way, and yes, you should be treated well but do not feel weirdly entitled. As travelers, we should be nice too.

Another preconceived idea but overly false is that the French take pleasure in seeing visitors struggle when they cannot speak Français. In my experience, it is not the case. Parisians are willing to help when they can, even if you cannot muster the simplest French word to save yourself. But it is better to learn the language too for your own convenience. As a traveler in a foreign country, nothing encourages native speakers to assist, like hearing strangers attempt to speak their language.

Security presence should strike relief, but not everyone thinks so. The trend of recent terror threats in Europe has made it unsurprising to see heavily armed military personnel in certain places. It should make anyone safe and secure. But since when the efficient security become so unnerving to the point that we avoid the city?

Do Parisians Really Have a ‘Dirty’ Attitude?

Many times in Paris, I have heard people, mostly tourists, say that if one can bear the spit, poop, and piss, one would enjoy Paris. As funny as the take is, it gives me the impression that they had read some exaggerated negative news in the media. In recent years, I have no reason to think that Paris is a dirty city. I have met visitors who expressed shock at how clean the city is. Apparently, they were not expecting it to be so.

However, it must be said that it depends on which district one visits. There are certainly some neighborhoods that need intervention. Please, do not think that I am glamorizing filth. Uncleanliness repulses me as they do other tourists: people throwing cig butts wherever they want, people peeing in the streets, and throwing garbage from car windows. Yet in my experience, flying across major cities in Europe, over the past few years, I have found much of Paris’ center to be cleaner than many parts of London and the acclaimed neatest cities.

Is Paris Dirtier Than London?

Neither city can claim the epithet of the cleanest or filthiest city in Europe. In a study of people’s satisfaction with their city’s cleanliness, both Paris and London lagged far behind champions- Zurich, Copenhagen, Vienna, Stockholm, etc. However, they were certainly ahead of the continent’s dirtiest capitals- Madrid, Rome, Budapest, Berlin.

A Contest Between Cultures, then?

But why do Brits often paint Paris as a ‘grubby’ destination? It is not difficult to think that it is about envy and a historic rivalry and tiff. There have been reports that the English have a compulsive French loathe that is hard to miss. In major gazettes, like the Telegraph’s article, 30 reasons why we hate the French, we see this. And oh. Have you read “50 Reasons to Hate the French: Vive La Difference” by Jules Eden and Alex Clarke? Talk about remorseless savagery.

You might feel animus in the air in France about the Brits, but it is not as wide-scale as portrayed in the English press. And it is not uncommon to read about the City of Plight in derision of the City of Plight by English journalists. Perhaps, the Brits take an offense at the subtle confidence of the French that they willfully portray as disapproving arrogance.

Should You Expect a Clean Paris or Not?

Well, it depends on your own criteria. I have met people who say they do not understand why Paris is particularly considered a dirty city. And there are definitely some who say: “Hey, some might find Paris slightly dirty, but it is still the romance capital of the world.” I think travelers, especially the first-timers, should lower their expectations not to ruin their French experience. Paris might be slightly dirty (as some have said) like any major European city, but it is great.

No, Paris is not a dirty city. It might not be as clean as Zurich, Copenhagen, or Vienna but describing Paris as dirty is inaccurate and not fair. Regardless of how much the English press writes about the cleanliness of Paris, it looks like millions of tourists won’t change their mind on why the City of Light stands out among others. However, it seems that any amount of criticism cannot sway the over 19 million people who visit Paris each year.