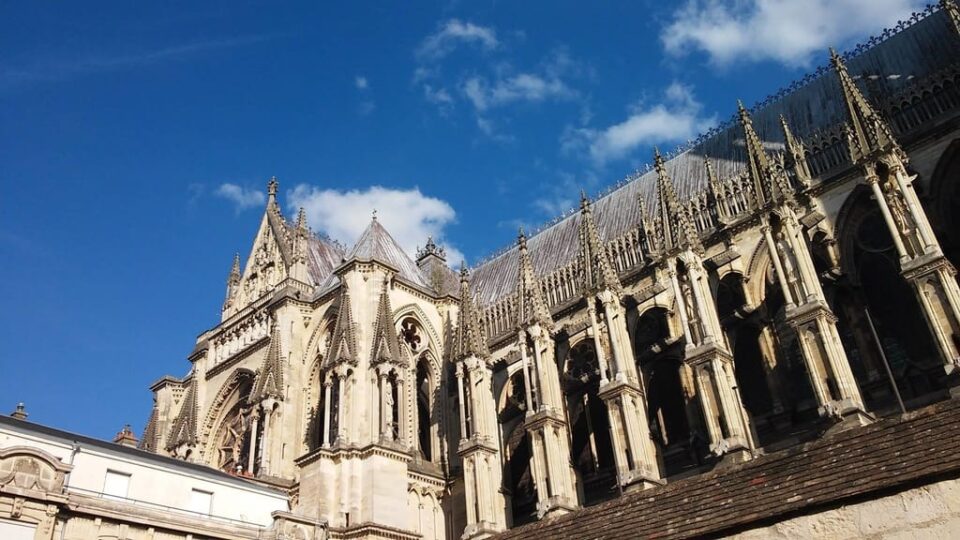 Whether you are traveling to the Champagne region with your significant other, friends, family, or alone, the city of Reims is undoubtedly a must-visit destination. Despite its small size, the city offers more than meets the eyes with many unique spots that are worth visiting. Reims is famous for many things, among which is the credit of being champagne’s home. The world-famous drink has strong links in the city.

Reims is also famous for having one of the most stunning buildings of the European Middle Ages and one that is full of history. Nearly all the French King’s coronations took place in Reims for close to 1000 years. The city, alongside Ay and Épernay, are the most significant places of champagne production. In fact, many of the largest champagne producing wineries, known as Les Grandes Marques, have their headquarters in Reims.

>>Also Read: Things to Do in Reims

Here Are a Few Things That Reims is Famous For:

Recognized by UNESCO as a World Heritage Site, the Cathedrale Notre-Dame sits gracefully in the city center with its towering figure that can be seen from afar. The city’s cathedral has a special place in the history of the French. Just like the Westminster Abbey in the English capital, the Reims’ cathedral once served for the royal coronation ceremonies for over 800 years.

Also, Joan of Arc attended mass in the cathedral. This famous monument is situated on the site of a 5th-century church where the baptism of the Christian king, Clovis, took place. Unfortunately, a fire destroyed it in 1210, but the construction for the current cathedral began in 1211. This incredible 1200s structure is a brilliant piece of great Gothic architecture and one of the most breathtaking cathedrals in the country. Supported externally by suspended buttresses whose functions are hidden at the back of sculpted angels, the nave’s vault is 38m high. With a beautiful rose window over the central doorway, the flared patterned west front of the cathedral has three massive doors. At the top of this is the legendary Gallery of Kings, which is a long row of statues set in inches. The central doorway’s sculpture highlights the Virgin’s life.

An interesting feature of the façade is the ‘Sourire de Reims’ (Smiling Angel). When visitors enter the cathedral, they will be impressed by the enormity of space. The enormous nave boasts of an atmosphere of impressiveness and is lit by a lot of stained-glass windows. Even though many of the original windows were destroyed, Marc Chagall made new stained glass windows, and Imi Knoebel has injected a contemporary vibe to the structure. Cathedrale Notre-Dame de Reims is located at Place du Cardinal Lucon, Reims.

This is another UNESCO-recognized monument that is located close to where archbishops used to live. In the 1600s, Palais du Tau was almost entirely rebuilt a la French Neoclassical. Still, the monument has many well-preserved medieval rooms. Visitors can see the royal quarters where monarchs stayed in their coronation ceremonies.

In these gorgeous surroundings, it is not difficult to imagine the affluence of past royal events. The banquet hall used after the coronation ceremonies (Salle du Tau) is decorated with a beautiful 1400s chapel. This hall features exquisite items like the 9th-century Talisman of Charlemagne and St Remy chalice from the 1100s. Palais du Tau also has a museum that showcases statues from the tapestries and cathedral portraying King Clovis’ story.

This is the oldest church in the city and the outstanding Early Romanesque monument on UNESCO’s list of World Heritage Sites. The Basilique Saint-Remi was built between 1005 and 1049 on the site of an 8th-century Carolingian chapel that attracted many pilgrims. Even though the exterior is Gothic, the interior retains the elements of the initial Romanesque building. The symmetrical 1000s nave is lit by the 1100s stained-glass windows. That gives the church an ethereal and warm atmosphere while the surrounding chapels and choir typify a quiet Early Gothic-esque that prompts spiritual worship.

Basilique Saint-Remi also houses Saint Remi’s (440-553) tomb that has transformed this sanctuary to a place of reference since the 8th-century. In the course of the Hundred Years’ War, it was hit but later revived in the Renaissance. But in the Revolution, the chapel was converted to a parish church, and the monks were expelled. The First World War would cause more devastation to the basilica that took about 40 years to repair. Today it is opened to the public for visits, and it sometimes hosts music concerts. You can find the Basilique Saint-Remi at Place du Chanoine Ladame, Reims.

The Place du Cardinal-Lucon is the first square many tourists will see in the city center. It is where the cathedral, a bronze of Joan of Arc, and the Palais du Justice (Law Courts) can be found. You should also see the massive Place de la Republique that has a detailed park space and an expansive 3rd-century Porte de Mars, a Roman triumphal arch that used to be a town gate until 1544.

Reims’ most lively area is the Place Drouet d’Erlon that is a nice tree-lined square with many vibrant restaurants and brassieres. Eating at an outdoor terrace on the square is among the most satisfying things to do in the city. And at the southern part of the Place Drouet d’Erlon is where you can find the Eglise Saint-Jacques. It dates back from the 12th-16th centuries. Place Royale is the most impressive square in the city. It is full of elegant Neoclassical structures and includes a bronze statue of Louis XV in the middle.

Dubbed the city of Art and History, Reims has a wonderful collection of fine arts museums. An extensive range of paintings, statues, antique furniture, and drawings are on display in the permanent collection of Musee des Beaux Arts. The collection features European and French masterpieces from the 1500s to the 1990s, displaying art evolution from the Renaissance to the modern period.

Tsuguharu Foujita is the Japanese artist of the Ecole de Paris. He was so inspired by his visit to the Basilique Saint-Remi that he converted to Christianity. On October 14, 1959, the Cathedrale Notre-Dame de Reims was the place the artist was baptized; there, he received the baptismal name, Leonard.

With the financial support of Rene and with the ambition of Leonard Foujita, the artist built his own chapel in 1965 in the city. Foujita alone designed the entire Chapelle Foujita, and he managed the architectural plans as well as oversaw the building’s construction. Later, he designed the sketches for the stained –glass windows and ironwork. Foujita also painted the frescoes in the chapel’s choir.

In the spring or early summer, the city changes itself into the scene of a medieval celebration for the Joan of Arc Festival, Les Fetes Johanniques. The festival attempts to relive Joan’s arrival in Reims after her military triumphs for King Charles VII’s coronation. Reims celebrates this historical event with original pageants, musical performances, an artisan craft market, and other street entertainment.

Les Sacres du Folkore is another interesting cultural event that brings together musicians, folk singers, and dancers from different parts of the world. It takes place for many days in June or July and features music concerts, gala events, and dance performances.

What is Reims Famous For – Summary

Indeed, there are many famous attractions and things to do in Reims. The city is full of unique and wonderful spots that are incredibly worth seeing. Also, you can get some of the best things the city has to offer free of charge. And if you want to make new memories, Reims is the place to be.

>>Also Read: Is Reims Worth Visiting?

Do you have any other famous thing to note about Reims? Let us know in the comments section. 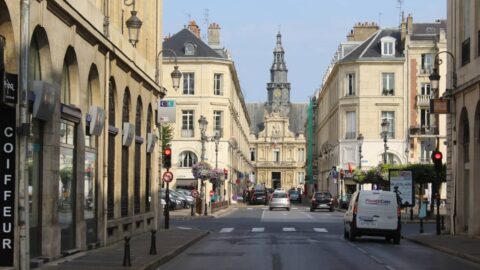 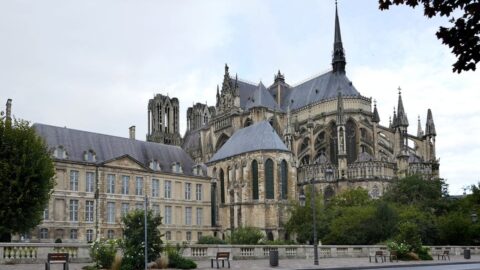 Is Reims Worth Visiting? 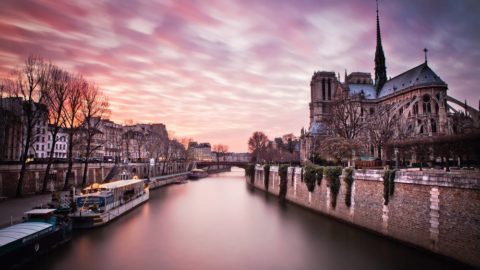 Must-See Cathedrals in Paris and France 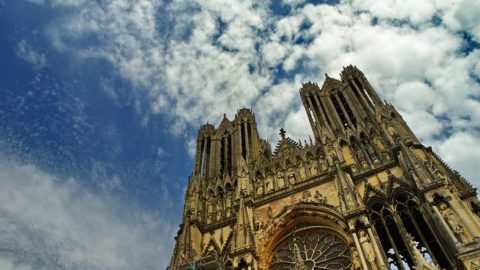 Things To Do In Reims