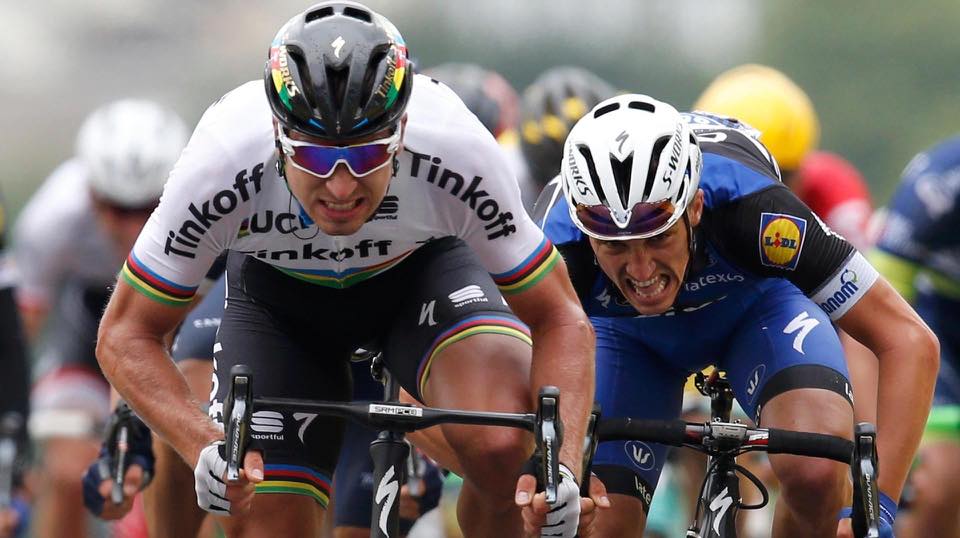 So, you’re going to France in July, and you’re aware that there’s some big bike race that goes on then. But beyond that, you don’t know anything about the Tour de France. Well, pull up a chair, kiddos – this is Tour de France 101.

The truth is that while you could spend your whole life learning about the intricacies of this popular sport, there’s no need to do that. You can learn enough about the Tour de France to get into the spirit while you’re in France – and perhaps even catch a stage or two in-person – without investing in a pair of spandex shorts and memorizing the history of the race. I learned to love cycling in 1996, and although I could talk about it at length for hours with anyone who might be interested (anyone? anyone?), I’ve boiled down the basics of what you’ll need to know to enjoy the spectacle and not be completely in the dark.

Welcome to the Tour de France for Beginners

First, we’ll start with some cycling vocabulary, so you know what I’m talking about further down this page. Then we’ll move on to the basics of the Tour de France, and the various Tour de France jerseys to look out for. And then, if you haven’t completely gone cross-eyed, there’s some Tour de France trivia at the end!

Even if you’re able to catch coverage of the Tour de France in your native language, some of the words you’ll hear are still going to be French. And even some of the English words are confusing if you don’t know what they’re talking about. Here are some of the main words you might hear when you’re listening to race coverage.

The Tour de France is a “stage race,” meaning that each day of racing is a “stage” with an individual winner, but the total time raced over all the stages is what adds up to determine who the winner of the entire Tour is. The overall winner at the very end is determined by cumulative time – each day, the rider’s times are added up, and at the end of the race, the one who has ridden all the stages in the least amount of time is the winner. This rider doesn’t even have to have won a single stage of the race in order to win the whole thing.

But some riders will never be in contention to win a Tour de France – so why do they participate? For some of them, there are competitions within the Tour that can give them a huge amount of prestige. If you think of the entire three-week race as an umbrella, you can picture several other smaller umbrellas underneath it, which are the competitions within the competition, so to speak. These can be for things like the best overall young rider or the best overall mountain climber, and each individual day’s race (each stage) can be considered one of these sub-competitions, too. So while there’s only one guy standing on top of the podium in Paris, there are lots of opportunities to win things in the Tour de France – and winning anything during the Tour is a major addition to a cyclist’s resume.

What this means from a spectator’s point of view is that while it can be fun to follow the race from start to finish for the whole three weeks, you don’t need to wait that long to see someone raise a bouquet of flowers on the podium and get kissed by the pretty Podium Girls. Every day of racing ends with a podium presentation for the leaders on that day, as well as that day’s stage winner. So enjoy as much (or as little) of the Tour de France as you like. 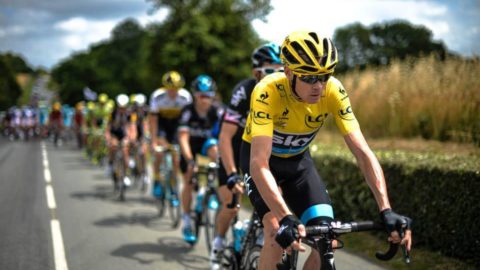