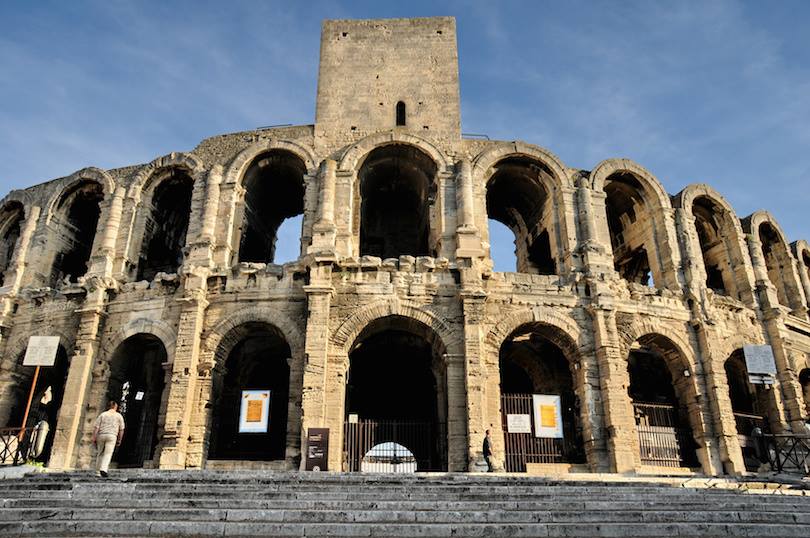 Some cities have a rich historical past but only in books. Yet there are some whose historical glory can be witnessed firsthand. The southern French city of Arles (pronounced ‘Arl’) matches its past wonders with extant Roman relics. But it offers more beyond the ancient ruins. There are modern characteristics that have made it one of the popular destinations in the Provencal area for holidaymakers.

Arles might not have the plume of Paris or the flash of the Riviera, still close to two million tourists visit every year. Some visit to see the legendary Van Gogh’s scenes. Others come for artistic, architectural, and cultural gems, famous not for only Van Gogh, but for been the Western Roman Empire’s dominant city with an important trading port and a Mediterranean-linked canal. If you are big on Roman history, Arles is the perfect place to start your tour.

Here Is What What Arles Is Known For:

The amphitheater is Arles’ largest attraction. It was built by the Romans where for more than 400 years, gladiators and chariot races entertained them. When you visit this place, you might think you are living a scene from Gladiator starring Russell Crowe. It was designed on Rome’s Coliseum and built in 90AD.

Also known as the Les Arenes, the Amphitheatre is known to be among the best Roman coliseums and arenas in the world. When you visit, observe the delicate touches like the stairways, which are consistently spaces around the area. This is to manage the movement of spectators in and out of the oval arena. Today, this marquee arena has become part of Arles’ life, hosting concerts and bullfights.

Les Arenes’ architecture is strikingly beautiful; to make the best use of your visit, ensure you go on a tour which the arena frequently organizes. During tours, visitors will learn a great deal about the ins and out of place along with its history. Check out the view from the tower too. It is amazing. For an exciting experience, visit the arena for any of their popular bullfighting events. Les Arenes is located at Rond-Point des Arenes | Arenes d Arles, 13200 Arles, France.

After over 2000 years since its construction, the city’s theatre remains a concert venue. You will find the lower compartments of the cavea (seating sections of Roman theatres and amphitheaters), which could accommodate about 10,000 spectators in Roman times. On the left side of the stage, you can tell how high the cavea could have been by looking at the south tower. Labeled ‘Les Deux Veuves’ (the two Widows), there are two columns at the back of the stage. They make up what would have been a massive backdrop that features a 3 m-high statue of Emperor Augustus.

This museum will be the perfect complement of your tour of the city’s ancient monuments. It is where a good number of the artifacts recovered from the area are kept. Every visitor will get to see the typical Roman Arles and its characteristics. Whether amateur or not, historians are welcome to this breathtaking art center beaming with mosaics, sculptures, early-Christian stone coffins, and embellishments from places like the theatre.

There is a new collection at the Musée de l’Arles et de la Provence Antiques. It is s Gallo-Roman barge found in 2004, the Rhone River. It is on display today and placed between amphorae. Visitors will also be impressed by Augustus’ statue that used to stand in the theatre’s scaenae frons (that is the elaborately decorated permanent architectural background of a Roman theatre stage).

At a point in time, Van Gogh was associated with Arles. In fact, the Dutch painter is still associated with the city despite spending just a year there in 1888. While there, he completed a lot of art masterpieces that you can see around Arles. His stay in the city was a dark moment for him as his mental health deteriorated. He finished many of his most-recognized paintings here, including the Café Terrace at Night, the Night Café, and the Van Gogh’s Chair.

You can get the best of discovering his work around the city by going on a tour that is organized by the tourist office. Van Gogh is said to make 300 paintings across Arles. On the tour’s itinerary is the Foundation Van Gogh. This describes the artist’s time in the city and how is artistic style changed.

When you come close enough to the western portal, you will grasp why this church on Place de la République is an Arles’ UNESCO site. There, you will see the most revered groups of Romanesque sculpture, made no later than the 12th-century. They reflect different types of biblical scenes like the Gospel of St. Matthew and the Apocalypse. Right at the top of the tympanum in the archivolt, one can recognize Jesus seated atop the twelve apostles under some 40 angels. There are also 1200s epitaphs and plaques, baroque paintings, and about 9 Aubusson tapestries from the 1600s- all in the interior.

St. Trophime’s cloister was made right at the time the church was built. It is worth mentioning because it has become a popular Arles attraction. This segment used to be useful for the church’s canons, whose chores look like that of monks separated from city life.

The highlight here is the cloister’s northern and eastern galleries, which were built way earlier than the southern and western ones. This is as a result of the abrupt end of construction when Counts of Provence replaced Arles with Aix as their seat of power. Visitors will have to observe each pillar in detail because they all narrate a story, from Jesus’ empty tomb to Moses and the burning church.

Constantine lives in the city in the early 300s, and it was around the time that Thermes de Constantin was built, but there is no proven link to the emperor himself. These baths were excavated in the 1800s and today are seen as one of the most complete bathing structures by the Romans in France.

The hot bath (caldarium) is perhaps the most captivating part, floating over the hypocaust that used to warm it and 3 pools. This place links the warm bath (tepidarium) and the hot room (laconicum). These are not particularly expansive but would reveal to visitors another part of the daily Roman life in Arles.

There is a medieval monastery just minutes in the northeast of Arles. It is located on what used to be an island. There are many sections in the complex, including a hermitage gotten from the rock in the 2nd-century alongside an 1100s cloister with the protected monastery of Saint-Pierre that dates back to the 1300s. As the nearby terrain got mucky, Montmajour served as a cemetery. On many occasions, the tombs were cut from the rock. Visitors will see the cavities when they tour the place.

Alyscamps by Van Gogh and Gauguin

Alyscamps is unmissable for many when they visit Van Gogh. From the Gallo-Roman era, it has been part of the ancient world’s high profile cemeteries. And just like the Roman style, Alyscamps is placed by the Aurelian Way at the city’s entrance. It was an eminent cemetery back in the day that coffins were brought from different parts of Europe to be buried there. Both Paul Gauguin and Van Gogh had a cranky and a sort of competitive friendship in the city of Arles. Alyscamps happens to be the first place where they painted next to each other.

What is Arles Famous For – Summary

Arles’ significance will always come up when France’s connection to the Romans is discussed. Even without Van Gogh’s influence, the city has such a spellbinding character that visitors will stay with visitors for a long time. Arles’ popular cemeteries, beautiful landscapes, interesting museums, and much more are worth repeated visits. The city will continue to be popular for being a laidback destination to enjoy the glitz and panache of the Provence region. 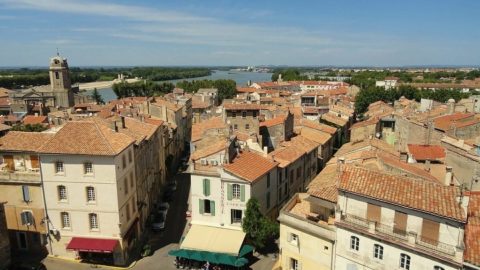 Is Arles Worth Visiting? 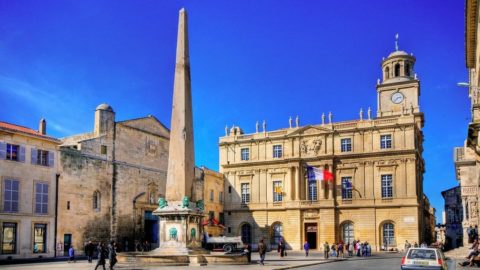