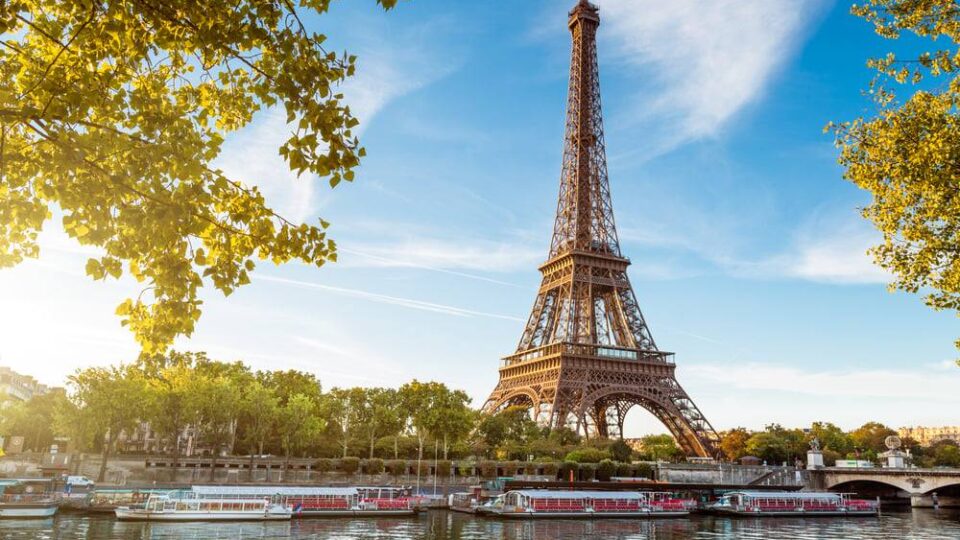 If you’ve found this article, chances are you’ve already traveled to France, have been to all the must-see locations, and are now looking for places that aren’t known to the majority of tourists. But, on the other hand, this list can also be a great starting point for all first-comers who want to see things often undeservingly overlooked. Whatever your situation is, this list will help you add a couple of extra destinations to your travel itinerary, which you can quickly set up with a Triptile travel planner and make your adventure route stand out from any other!

In no particular order, we start off our list with an “interesting” entry, to say the least, a replica of New York’s Statue of Liberty. It might not be well known, but there are plenty of copies of the famous statue all around the globe, 36 of which are in France. What makes this statue stand out from the rest is Dali’s decision to double down on the flames of patriotism and make both hands hold the flame while pointing upwards. Titled La Victoire de la Liberté (The Victory of Liberty), the statue stays true to the original Bartholdi design and couldn’t be told apart from the real deal, except for one noticeable difference.

Located in Vascoeuil, at the Vascoeuil Castle, the sculpture stays outdoors along with works of other famous artists such as Jean Cocteau and Pierre Szekely. Making a stop at this place will expand your knowledge of art and will certainly be an experience that not many tourists get out of their travel!

The simplest things in life at the right times can be the most influential. The hidden garden situated at an altitude of 232 meters offers nothing more than a few chairs made by Michel Goulet and a miraculous view of the city; however, that is precisely where the beauty comes from. From up above, you are treated to a similar view as looking out of an aircraft window as you start taking off, thinking about your next destination. Just like on a plane, taking a seat on one of the chairs, thoughts about your next step in life begin to flow to your head and make you contemplate life. The experience can be described as spiritual in a way that all worries begin to seem minuscule when seeing the world from above. The place is often visited by artists that like to practice their drawing skills, couples going on romantic dates, or people who simply enjoy the walk to receive their reward of witnessing the spectacular scenery. Whichever type you believe you are, the Curiosities Garden is a truly picturesque location to visit in France.

Unlike the two previous entries, 59 Rivoli is not so much underrated as it is overlooked due to the seemingly infinite amount of landmarks to visit in Paris. Often tourists without knowing where to start off go to the Eiffel Tower, and rightfully so. But for people who enjoy all types of art, 59 Rivoli will be an influential visit that you can take a lot from. The history of the place started in the mid-1800 hundred when the building served as an artist squat until it was renovated. The building was claimed by a group of artists, Bruno, Kalex, and Gaspard, in 1999 despite the place being filled with trash, amongst which dead pigeons and plenty of syringes could be found.

The “KGB,” as the three artists referred to themselves as, shortly after settling in began to host art exhibitions for all to come and see, and by 2001 their visitor count amounted to 40’000 a year, making 59 Rivoli that we know now the third visited center for contemporary art in Paris. Currently, the place is fully operational and remains the aesthetic that it had back in the days for all to come and see.

France trains are split into two categories, those that we are used to seeing, and Montmartre Funicular. Funiculars are water-powered carriages that are mostly long gone, however, Montmartre Funicular is an exception to the rule and serves as the fastest route to the highest point in Paris, only taking a minute and a half to reach the top. Although it does not operate as a regular train we are used to seeing, it fulfills the same purpose of showing passengers the beauty of their surroundings and helping them reach their destination fast and efficiently.

Deciding to take on a ride on this funicular, which requires a regular Paris Metro ticket, will bring you to an astounding overlook at the center of Paris and the famous domes of the Sacré-Coeur that is a landmark of its own. Going on a 38-meter vertical ride on a decades-old railway is truly a one-of-a-kind experience, which is sadly overlooked, that you can only get in Paris. So, feed two birds with one scone by taking on a ride on the Montmartre Funicular and admiring the majestic Sacré-Coeur!

Saint Pierre and Miquelon are French islands that sustain an all-year-long movie set feeling that doesn’t let go for a second. Thanks to the colorful houses that spread across the islands, decade-old signs hanging from antique shops, and the fishing traditions of locals that remained intact since 1815, the place possesses a surreal atmosphere of everything around you being an act from a movie scene where everyone lives their roles. Wandering along the narrow streets of Saint Pierre, you will be surrounded by baby-blue, moss-green, bright-yellow, and other lively-colored houses that subconsciously bring out joy in anyone who is there.

However, despite the islands’ cheerful appearance, it has a history of bootlegging booze during the American prohibition era around the 1920s. It is said that even the most infamous of American gangsters like Al Capone and Bill McCoy took advantage of the islands’ proximity to the US and used it to smuggle goods across the waterways. Nowadays, the islands have plenty of tourist attractions such as the Musee Heritage, L’Arche Museum and Archives, and plenty of scenic hiking trails to go on!

Nicknamed “The Small Amazonia of the Pyrenees,” the Gourgue d’Asque is a French valley situated along the Arros river that boasts its lush moss-covered forests. Upon entering the valley, you may think that you are no longer in Europe but somewhere in the middle of the equator. The rainforest look of Gourgue d’Asque can be attributed to the erosion caused by the Arros River that adds to the authenticity of the place alongside the fauna that inhabits the forest, such as otters and even salamanders!

The otherworldly feel of the forest is intensified by high tree density, which ends up serving as excellent protection from rain and prevents the place from getting overly hot during periods of high humidity. If you are looking for an outlandish experience in France, then Gourgue d’Asque is a must-visit for you!

Adrian Fisher, one of the world’s most fabulous maze designers, will be responsible for your frustration if you dare to enter and attempt to exit his intricate mirror maze, Le Labyrinthe des Dragons. The inside of the maze features arch-like entries and exits throughout, which create seemingly infinite hallways of arches when looking at the mirrors and create confusion in the air. Floor tiles are cleverly designed in a zigzag pattern that goes back to back with the angled mirrors, further adding to the strange realism of endless hallways of the maze.

To add to the absurdity of the setting, the lighting inside the labyrinth is made up of all the colors of a rainbow, so it becomes impossible to backtrack without doubting your thoughts. As a cherry on top, Adrian Fisher installed live fish tanks all throughout the maze that reflect light and create a sense of movement in the maze. If you want to experience the sky-rocketing confusion and are up for a captivating (literally) challenge, then the Labyrinthe des Dragons will be just what you need.

Many debates go on about whether Paris has indeed become clean because of its widespread reputation for having rubbish-littered streets. Well, find out for yourself and visit the Pairs’ one and only Sewer Museum. As odd as it is, the museum actually is more about the city life above than the sewage system itself. All of the canals are large enough for humans to easily walk through without having to bend their back, and they replicate the city street view from above! Back in 1805, because of the atrocious state that the sewers were in, even the police were afraid to stoop down to the underground world.

Bruneau, however, took his chances and, along the way, discovered medieval dungeons, jewels, and a skeleton of an escaped orangutan. In the 21st century, even though you won’t find any hidden treasures, you can observe gigantic iron balls used to push through the canals to clean out all the rubbish that may be stuck inside. To find out more about this unique technique of cleaning sewers and how it affects city life, you’ll have to make a trip over to the Paris Sewer Museum and see it for yourself! 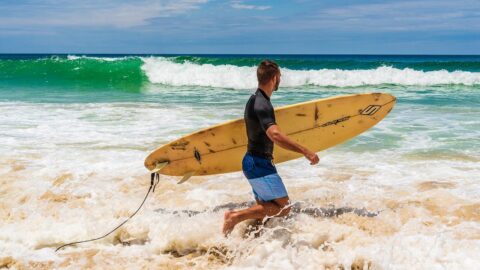 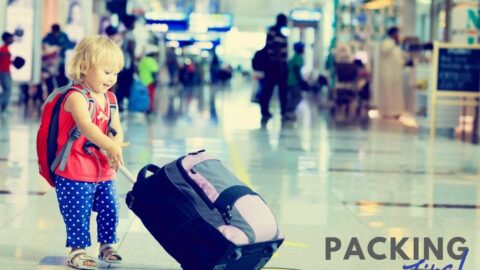 Not Sure What To Pack For Your Upcoming Trip? This Checklist Can Help 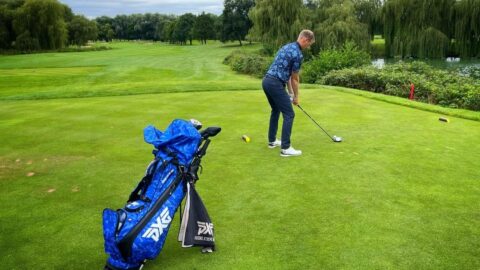 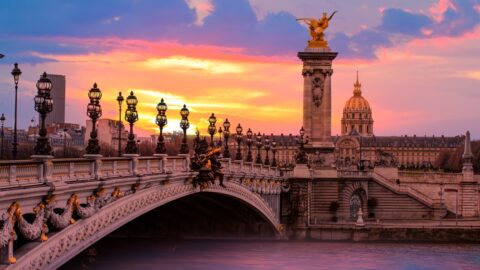