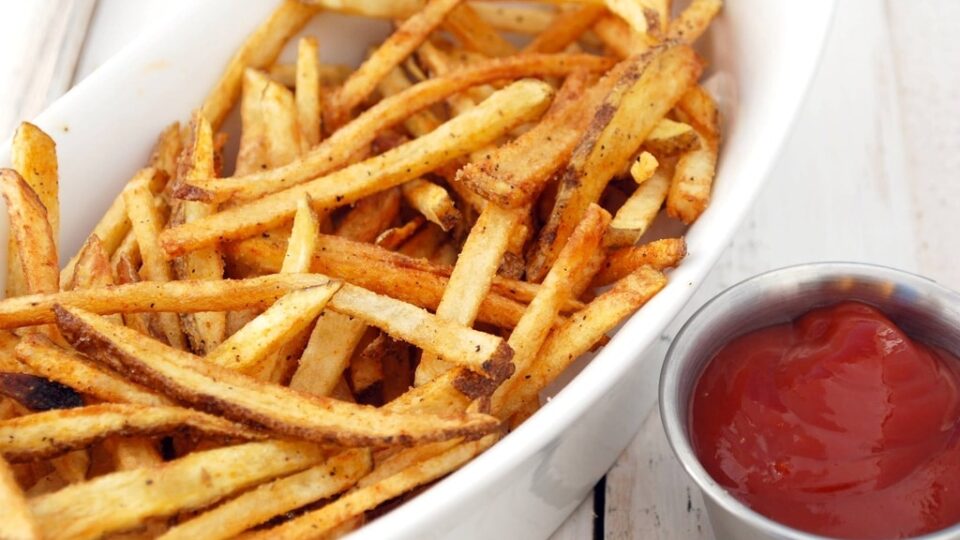 In digging deep to answer the question of whether French fries are from France, two other countries pop up in the search- Belgium and the U.S. While the Americans do not have a legit claim as to where French fries originated, the Belgians sure have a palpable case. In this post, I will be examining a couple of accounts that purport to tell us the origin of French fries.

Fries or French fries are one of the world’s most common side dishes. They are often accompanied with ketchup, mayonnaise, and even vinegar. These fries are also served as a popular side dish to fried chicken, burgers, fried fish, and grilled steak. The most favorite potato fritters in the world have cultural variants, as one would expect. For example, in Belgium, fries are usually eaten with a fried egg or cooked mussels. The U.K. is popular for its chips and fish, and in the Middle East, fries are served with pita bread, etc.

But How French are French Fries?

Despite its name and fame, the French fries are not French. The origins are strongly found in the northwest European country of Belgium. According to historians, the country is the first place where potatoes were being fried in the late 17th-century. According to Belgian folklore, inhabitants of Meuse Valley village would usually eat little fried fish from the river. When the river froze in the winter months, fishing would be difficult, thereby forcing villagers to seek alternative sources of food.

It was at this juncture that the villagers resorted to using potatoes, slicing and frying them exactly like they make the fish. During the First World War, American soldiers were first introduced to the fries while they were stationed in Belgium. But because Belgians spoke French to them, the soldiers called it French just to distinguish the snack from a similar one they used to have back home.

French fries were really French, alternatively, and first sold by vendors on the streets of Paris in the 1780s. Or perhaps, they might even be Spanish since the Spaniards were the first Europeans to discover the South American potato.

The Case for France

Potatoes didn’t make their way into French cookbooks easily. Several people in the country did not like the idea of a foreign vegetable becoming a staple. Still, Antoine-Augustine Parmentier, a French pharmacist, and agronomist popularly argued for the potato. He introduced public figures like Marie Antoinette and Benjamin Franklin to it. In spite of Parmentier’s valiant attempts to make potatoes popular in France, it was until 1785 that people changed their views to embrace them. Then, a famine occurred, leaving many with little or no choice.

A few decades later, chefs in Paris began to cut potatoes into strips before frying them. Not long, “frites”, as it is commonly called, quickly became a well-known food on the streets. We do not know for sure if this is a French invention or something borrowed from neighboring Belgium.

Going by an early 1800s manuscript by Thomas Jefferson, he speaks of a dish called “pommes de terre frites en petites tranches” (Potatoes deep-fried while raw in small slices). Some experts in history have asserted that this recipe originated from Honoré Julien, the French chef. And by the 1950s, it gained much recognition that it became a staple on many American menus.

Belgians Claim French Fries the Most

Belgium is the home of the first and only French Fry museum in the world. The delicious snack even has a day set aside for it. July 13 is the National French Fry Day marked across the U.S. every year. Belgium tried to give French fries a cultural heritage status in 2014.

Charles Dickens First Wrote About Fries in his Novels

Charles Dickens, who was something of a 1600s food lover, was the first author to write about French fries. You might even call him a literary foodie. He wrote several breakfast foods, pints of beer, and dinner plates and added an allusion to the snack in “A Tale of Two Cities”, his 1859 novel. The writer described the food we now know as fries as “husky chips of potato, fried with some reluctant drops of oil.”

Fries are the Favorite Vegetable of Toddlers

If you’re wondering what I meant by fries being ‘vegetables’, don’t think too hard. French fries are a ‘vegetable’ as much as pizza sauce is a ‘fruit’. But a study has observed that fried potatoes are the most frequently eaten vegetables for children between 2 to 4-years old.

It will be recalled that in 2003, when France stood against the U.S. resolution to invade Iraq, Republicans in Congress attempted to kick out the “French” of fries. The politicians tried to be creative with “freedom fries,” but the new name quickly lost traction. In 2006, Congress cafeterias put “ French fries” back on their menu.

Some might think of fries as one of the bad foods not to take; they actually do have their own essential nutrients. They are made from potatoes, so they have all the vitamins that potatoes have, including vitamin C, vitamin B6, iron, and magnesium.

There are More Than 15 Types of French Fries

If you need proof that beauty comes in all shapes and sizes, examine French fries. From waffle, standard, thick-cut, steak, curly, shoestring, sweet potato, cringle-cut, wedge, tornado, side-winding, to a smiley face, there are more than 15 types of French fries.

Do you know why fast food and restaurant French fries taste better than the ones you prepare at home? Among the reasons is that restaurants’ potatoes are fried more than once. After the first deep-fry, they will allow the fries to cool before frying them again. The re-frying could be once, twice, or more, making the fries crispier and fattier.

There are French Fry Vending Machines

Vending machines dispense several things, including French fries. This type of machine was first introduced in Australia in 1982 and was called French Fry. Under a minute, it could cook and dispense fries, and since then, many companies have copied the design. Countries like Belgium, China, Israel, the Netherlands, and Slovakia have these machines.

Pro-tip: the thicker the fry comes, the trimmer the fat content. This is owing to the crispy edge of the fry where much of the fat from frying is stored.

French fries have gone across the world, but the way we eat them isn’t universal. Americans usually consume them with ketchup, while French people go for mustard. The Japanese seldom flavor their fries with soy sauce or green curry. As for the Canadians, fries are served with poutine, topped with cheese curds and gravy, while Malaysians consume theirs with chili.

Even though Belgians particularly do not like the term “French fry”, they eat theirs along with mayonnaise. It is almost too late to change the name, but we can all agree that the Belgians deserve the fry.

While the cradle of French fry has been disputed, many agree that the first set of fries were prepared in Belgium. The snack could even be a French invention or a practice imported from Belgium. Only a little evidence suggests that the French fried fries originated from France. Therefore, I think we all have agreed that these perfectly cooked potatoes are a tasty snack regardless of the variant. 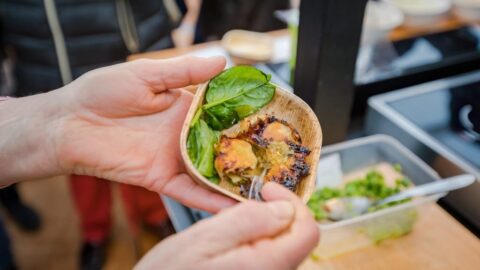