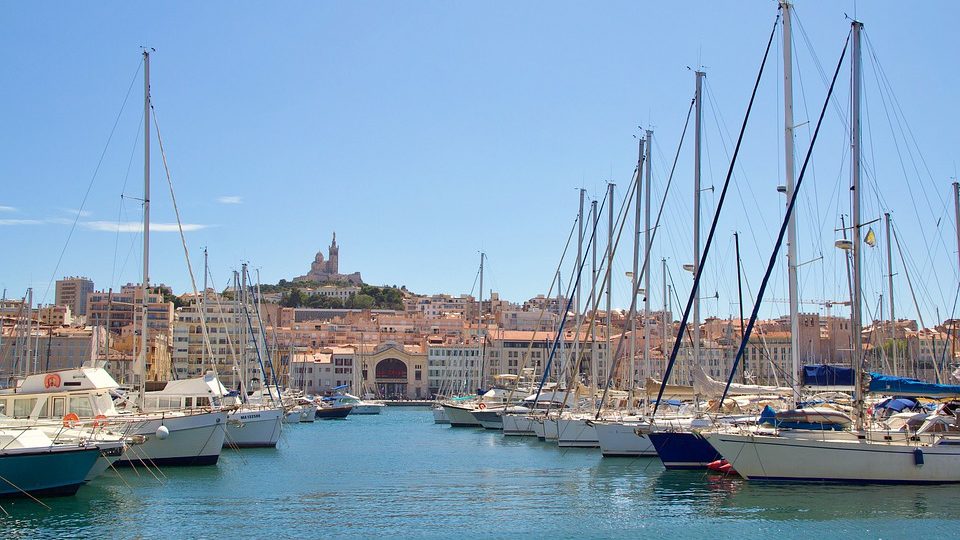 Marseilles is a charming port city in Southern France. It boasts of crystal clear waters and an amazing landscape and luscious rock formations. As the oldest city in the country and the second largest, this beautiful area has a lot to offer for both holidaymakers and locals.

The city’s historical landmarks ought to be top on your southern France itinerary as there so many activities to be engaged in during the visit. We can help with what to do during your trip.

Here Are Some Of The Best Things You Should Do and See In Marseille:

The city’s large rectangular port has been active for about 2,600 years and is more of a whole area than a sight. Quays with wide promenades on three sides are lined with mostly 1700s former warehouses. It appears that most of these have a café, bar, or fish restaurant on its ground floor, with outdoor seats where one can watch life in the charming city unfurl as you sip a glass of wine.

While most boats in the old port are for pleasure, activities have moved to the modern docks in the north. But by the water every morning, the freshest catch from the innermost Quai des Belges is still brought ashore to be sold at the fish market.

It is difficult to miss the structure towering above the skyline to the Old Port’s south. The Basilique Notre-Dame de la Garde is a 1800s neo-Byzantine church that stands 150 m tall above the water. It has a massive golden statue of the Virgin and Child right at the top of its tower, which watches over the city’s coastal communes. From the tower, the scenery is dazzling.

For hundreds of years, there have been religious abodes and watchtowers on La Garde, and the basilica adds the lower levels of renaissance assemble that also has a chapel. In the summer, the climb will take some doing, but a tourist train leaves regularly from the Old Port.

The suburbs in the southern and eastern Marseille touch an area of striking natural beauty. The Calanques are rocky white limestone cliffs and creeks approaching monumental heights and moving down into the sea.

For those who love to hike it, then they will need an audacious spirit, as the GR 98 from the city to Cassis takes about 11 hours and courses into some rough country. The scenery definitely makes up for the hard work.

Including guided kayaking adventures, there are many mini-cruises leaving from the Old Port. For those who can, reaching the amazingly impressive cove at Calanue d’En Vau is a rewarding venture.

It can be daunting to study the city’s 26 centuries of history; but this top museum close to the Old Port will be very helpful. Due to the massive time-span that the attraction deals with, it is the biggest urban history museum in the country.

For history buffs, it means half a day is used in checking out ceramics, amphorae, ancient ships remains, architectural fragments, sarcophagi, mosaics, etc.

The drove of ancient Greek artifacts up to the 1900s, models, and maps illustrating the city in all stages of its history, port buildings, architectural site containing ramparts, are all included as well.

Take a Trip to La Corniche

Threading down the coast for many kilometers from the Old Port, this place is one long balcony close to the Mediterranean Sea; weaving past beaches and little offbeat areas. One can drive it, but it is just as worthwhile to walk for the sea air and impressive Frioul Archipelago views and the Chateau d’if towers in the bay.

Vallon des Auffes is part of the most striking sights, which is a traditional fishing harbor on a sloped inlet, surrounded with quirky huts and reached from the sea below the arches that support the road.

Just north of the Old Port, this part of the city has been occupied since 600 BC and was the site of the Massalia, the Greek colony. When Marseille developed, this place became the settling place of immigrants. Today, you will find the heavy Maghreb and Corsican presence in Le Panier.

It is a district with stone stairways, ochre-colored walls, and corridor streets advancing on sun-drenched squares. Also, it used to be the poorest areas of the city until recently. It is now a chic district with craft shops, boutiques, and many inventive street arts.

Shop at La Plaine and Noailles

Accurately east of the Old Port is two areas that are bound to offer visitors a sense of day-to-day life in the city. Noailles is another area where generations of Africans settled, especially Algerians, after the country became a French colony in 1830.

The shabby market at Noailles opens from Monday to Saturday, with scents and sights that could be from a North African or Middle Eastern souk, with kebabs hissing and flatbread baking.

Around Place Jean Jaures is La Paine, and a few streets further east is one of the chicest parts of Marseille. Bars and stylish boutiques, as well as a market that opens on Tuesdays, Thursdays, and Saturdays with a bunch of stalls selling everything from perfumes to fresh produce.

The Stade Vélodrome is the home of Olympique de Marseille, the city’s football outfit. Prior to a wonderful refurbishment in the build-up to the Euro 2016 tournament, the stadium was already among the most impressive football cathedrals in the world.

Today, it is the largest club football stadium in France with a 67,000 capacity. The stadium is well fortified from the brutal Mistral wind by a massive undulating roof.

Even though it is an iconic spot in the city, the stadium has not always been appreciated and properly maintained by city authorities and Olympique Marseille fans. In an hour-long tour of the stadium, you will learn all you need to know while seeing the players’ dressing rooms, the pitch-side, and the terraces’ highest point.

One of the city’s most satisfying walks can be taken along the fine Boulevard Longchamp with its upscale 1800s houses and plane tree rows. The suitable way to do it is to proceed from Canebière station approaching Palais Longchamp, and the colonnade and fountain of this huge 1800s complex will gradually come into view.

Palais Longchamp, with its attractions and parks, was built to mark the Canal de Marseille completion, which is connected to the Durance River and ended hundreds of years of water supply problems for Marseille. The city’s Museum of Fine Arts and Natural Museum are located here too.

Step Into the Cité Radieuse

This apartment building was built between 1947 and 1952 and made almost entirely from concrete. It was Le Corbusier’s (the Swiss architect) first Unité d’Habitation, and this design has been heavily repeated across the continent in the post-war epoch.

The idea was to cram the streets, homes, and amenities of a city into an 18th-floor concrete block. Over a thousand people still live at the Cité Radieuse, but there is a tour that takes visitors into one of the refurbished original apartments, and up to the rooftop terrace where one can see the city. The building is now a designated UNESCO site like all of Le Corbusier’s buildings.

L’Estaque, a north-western suburb of the city, is a fishing village that inspired Braque, Cézanne, lots of other later 1800s painters. Cézanne, especially spent much time in the village, painting scenes of the place and the sea in various seasons.

For those familiar with his work, they may get excited when they check out the seascapes. The Marseille native, Adolphe Monticelli, is another painter that has links to L’Estaque in the era, and there is a museum in the village with his world’s biggest single oeuvre. Visitors can also check out the old port where shops sell chichis (donuts) and panisses.

Relax At The Beaches

Though located on the Mediterranean with 4 km of coast, the city is not well known as a beach destination. The Calanques with white rocks to the southeast are what make the beaches a sight to behold.

Alternatively, Corbiere is another beach for seaside fun, just beyond the village of L’Estaque. Prado is a seaside park and is also set for relaxation. The breakwaters protect beaches like Prado from erosion.

Treat Yourself to the Goodness of Local Food

Marseille’s number one dish is the bouillabaisse. In fact, it is one of the city’s illustrious exports. The dish is a fish and seafood stew usually made with lean fish that has small market value and are better when prepared own, like conger, sea robins, and scorpionfish. All these are stewed with wine, saffron, and olive oil, but the remainder of the recipe is determined by the restaurant.

Part of the habitual is rustic bread stifled with rouille and doused in the soup. White wines from the Languedoc and Rhone Valley brilliantly goes with the dish. One can get the navettes, tasty biscuits in different flavors like anis or chocolate.

Things To Do In Marseille – Summary

When planning your France and Marseille holiday, ensure you book some of the beautiful activities to make the best use of your trip. With stunning natural beauty and lush cultural history to be discovered, it is not difficult to find the great things to do in the wonderful city of Marseille.