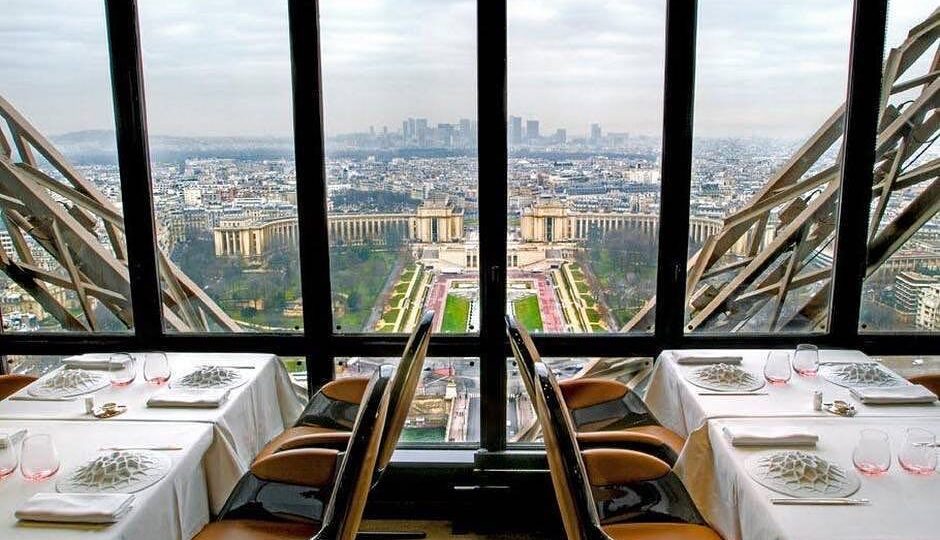 There’s no better way to take in the beauty of any location than to gaze down upon the landscape from a great height. From the world’s tallest man-made structure to a walkout platform shadowing the Grand Canyon, these 10 observation decks around the world offer some of the world’s most breathtaking views.

Here Are The 10 Best Observation Decks In the World

The Eiffel Tower might be the most famous Parisian lookout point. Still, it’s the Montparnasse Tower that offers the most impressive views with an outdoor observatory situated on its 56th floor. Whiz up to a height of 689 feet on Europe’s fastest elevator—a speedy 38 seconds—and enjoy the views over Paris from the city’s only skyscraper (the controversy over the towering building was so much that the Parisian government ruled against building any more skyscrapers in the city). A 40km panoramic view takes in the Eiffel Tower, Les Invalides, Sacré Coeur, Orsay Museum, Arc de Triomphe, Panthéon, and the Louvre and there’s even a café and bar up there so you can settle in to watch the sunset.

The Kuala Lumpur (KL) Tower, built in 1995, boasts the highest public viewpoint in the Malaysian capital and is one of a trio of the city’s most iconic buildings, along with the nearby Petronas Towers.

The KL tower gives a nod to both the old and new, with Islamic tiling and Arabic scriptures paying homage to the city’s heritage, while the soaring antenna atop the tower adds a futuristic silhouette. The observation platform, measuring in at over 900 feet, features a revolving restaurant with panoramic views of the city, or you can pick up a Big Mac a few floors down, at allegedly the world’s highest McDonald’s.

Dating back to 1965, the Fernsehturm (TV Tower) was originally constructed to serve the practicalities of providing a separate TV broadcasting system for East Berlin during the years of division, but the iconic TV tower, then the second tallest in Europe, also served as a symbol of Berlin, with its unforgettable design that could be seen from all over the city. Its popularity hasn’t waned today, and Germany’s tallest building (an impressive 1,978 feet tall) has cemented its status on the “must-see” list. If you can survive the crowds, the observation deck is worth battling the queues—a view stretching over 42km on a clear day.

Top of the Rock in New York, USA

The Top of the Rock observatory at the famous Rockefeller Centre has offered some of the best views of the Big Apple skyline since it opened to the public back in 1933. Reaching 850 feet above street level, the six-level observatory packages all the New York sights into one expansive panorama, offering great views of the Empire State Building, Central Park, Manhattan, Times Square, the Brooklyn Bridge, and the Hudson River. A tough competitor to the iconic Empire State Building, the Top of the Rock has the added bonus of a city view featuring its rival. The timed ticket entry means you’ll drastically cut down on queuing time too.

Keeping vigil over the Chicago skyline since 1973, the Willis Tower (formally known as the Sears Tower) was the tallest building in the world back in its day. Since then, it’s caught the headlines for a variety of different reasons, including a variety of Spiderman copycats attempting (and succeeding) to scale the building’s 1451-foot glass exterior.

The Willis Tower is not only famous for its iconic status but for its unique observation floor, set on the 103rd floor of the 110-story skyscraper and known as the “sky deck.” Here, a series of glass boxes protrude over the edge of the building, enabling visitors to experience the unnerving sensation of being suspended above the city supported only by a pane of glass. Sound scary? It is, but equally mind-blowing.

New Zealand’s tallest man-made structure is also one of Auckland’s most defining landmarks; a slender tower dominating the city skyline called the Sky Tower. The futuristic building measures in at a breathtaking 1,076 feet, but it’s not all about the views—the tower adjourns the Sky City Casino complex with bars, entertainment venues, and a revolving restaurant on site.

Of course, this is New Zealand, the world’s capital for extreme activities, and there’s only one thing to be done with an observation deck this high—jump off it! The Skyjump is one of Auckland’s most popular extreme activities, an adrenaline-inducing stunt jump where partakers attach themselves to a wire and plummet at a speed of 85kmph before landing softly on the plaza below. If you’re too scared to throw yourself off the edge, you can at least skirt around it—the Skywalk is an equally exhilarating, if a little less intimidating, option where partakers can walk the dizzying meter-wide edge of the Sky Tower’s pergola whilst attached to overhead safety lines.

Upon its completion in 2010, Dubai became the proud home of the world’s tallest man-made building, Burj Khalifa, measuring an incredible 2,717 feet above sea level and named after Sheik Khalifa bin Zayed al-Nahyan, President of the United Arab Emirates. That’s not its only claim to fame though; Burj Khalifa also boasts the world’s highest inhabited floor, highest restaurant, the longest-traveling elevator, and even the highest fireworks display in the world. Visitors flock to the spectacle of wealth, where no dollar has been spared (a fact that has stirred more than a little controversy).

The “At the Top” observation deck (which is actually only on the 124th floor out of 163) features an open-air terrace, enormous glass-fronted lookout gallery, and a view that spreads out into the Arabian Desert. Tickets are not cheap, but a visit to the tower is an experience in itself, with high-speed elevators, a 65-meter travelator guiding you through a visual history of Dubai, and even a souvenir store at the top.

Never one to be left behind when it comes to industrial development, China boasts several impressive buildings with a view, but it’s the Shanghai World Financial Center that boasts the best observatory. Originally aiming for the title of the world’s highest building, the design was soon eclipsed by Taiwan’s Taipei 101 building and settled instead for installing the world’s highest observation deck, opening up back in 2008. Reaching a vertigo-inducing 1,555 feet, the 3-tier observation deck reaches the 100thfloor, where you can squint down at the urban sprawl below. The views are enhanced by the uniquely designed slanting glass windows that give you the feeling of being suspended over the cityscape below—not one for those with a fear of heights, but enthralling none-the-less.

Surely one of the world’s most impressive lookouts, the Grand Canyon Skywalk allows visitors to teeter on the edge of one of the world’s seven wonders. A U-Shaped bridge with a glass floor looking down onto some 4,000 feet of canyon below, the skywalk provides a safe vantage point from which to experience the vastness of the Grand Canyon. Built by the Hualapai Indian Tribe back in 2007, the observation deck quickly became a tourist attraction in its own right and offers the kind of breathtaking views previously only possible by helicopter.

The Shard in London, UK

The rooftop observation deck at London’s The Shard is the highest city lookout point, with 360° views taking in Big Ben, the Houses of Parliament, the London Eye, Buckingham Palace, and a host of other key sights. It is located inside an architectural marvel of glass panels that change colors in the light and collectively form the image of a gigantic “shard of glass.” 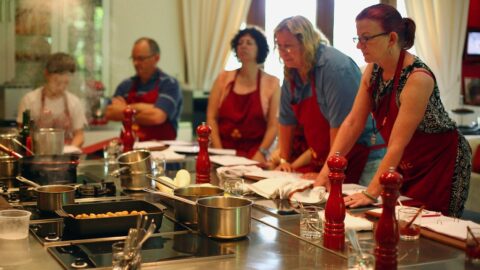 Best Cooking Classes Around the World