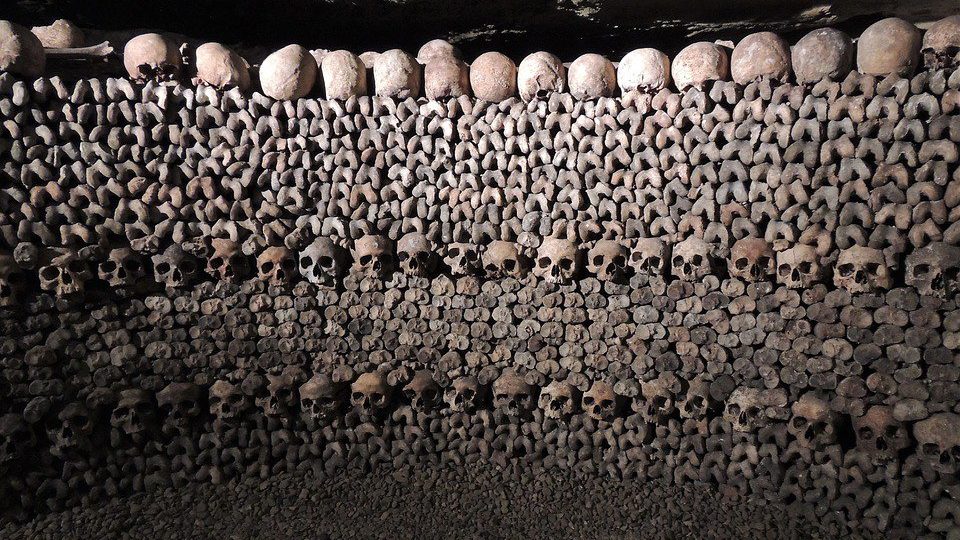 For hundreds of years, the French capital was the home of collectors and collections. That is why there is an impressive number of museums that have been home to some of the most unusual items in human history. One thing is common to such museums- they are small in size but lush in charm.

From wine warehouses to 16th-century cellars, they occupy every kind of building. And their subjects vary from fairground automation to medical instruments.

Here are some of the coolest unusual Paris museums to visit:

Works in this museum feature the history of medicine from antiquity to the 1900s. It also boasts of many drills, grim handsaws, and some other strange medical instruments. By comparison, some of the items are adorable like the Renaissance Italy’s painted pharmacy jars.

The Museum of the History of Medicine also has a complex wooden anatomical build that Napoleon secured for the city’s medical school in the course of the general’s Italian campaign. In addition, there are the tools used for his autopsy.

When you visit, you must first climb to the second floor of Paris Descartes University to reach the museum. The quaint library of the department of medicine totally bears the portrait of Louis XV. Many have said that the scalpel used to operate on the French monarch s fistula can be found in the museum. The museum is located at 12, Rue de l’Ecole de Médecine, 75006.

This grim museum bears testament to the long appeal of real crime stories in the country. It is said that the 19th-century police chief, Gustave Macé, arranged cabinets of murder weapons and evidence in his office. This all happened why writing a memoir he titled My Criminal Museum.

Since then, the objects have secured entry into this museum, which occupies a floor in a real police prefecture. Apart from well-known assassins, spies, and thieves, this art repository also introduces popular persons in the history of the city’s law enforcement.

This is another strange museum you will find in Paris. Hollowed warehouses built as part of the city’s wine market have converted as a strikingly expressive fairground. Vines spiral around mermaids and chandeliers in the courtyard, and inside, you will find arcade games, carousels, and other stuff.

For over two decades, the museum has lightened up the Bercy area and also doubles as a fairground. Here, visitors assume the role of an actor with 54,000 square feet of rides, curiosity cabinets, and other attractions.

The museum also boasts of works salvaged from a shuttered wax museum, like those of Henri de Toulouse-Lautrec, Thomas Edison, and Louis Pasteur, donning colorful costumes from the Folies Bergère, a Paris theater. Adults and children visitors can ride the carousels and play at the classic arcade games.

Furnished with taxidermized prizes, this museum can give off the impression that it is an old hunting lodge. In reality, it is a universe of whimsy and humor. The décor- with its bronze banisters, and animals in general- makes the place look modern, with contemporary works of art also infused effortlessly into it.

This museum has a catalog of sound recording technology that can be traced to the mechanical music box from Switzerland. It contains everything from 1930s pictures to a record player from Radio France’s studio.

In contrast to other traditional museums, this one still often turns on classic machines playing records or even old wax cylinder recordings for visitors.

A visit to this museum starts with a performance of ordinary illusions by one of the resident magicians. This is followed by a French tour of the catalog of magical items featured in atmospheric, 16th-century cellars.

Just opposite, you will find more than a hundred mechanical statues come to life by pushing a button, playing instruments, waving wands, or swinging swings in the automation catalog. The museum is located in the center of the Maria.

In the museum, two rooms are furnished with clothing mannequins, armchairs, and mementos in the walls (letters, paintings, record covers, and photographs). You will even find Edith Piaf’s range of decorative ceramic plates on hooks. You will also find a teddy bear that is exactly the singer’s height (4 feet 8 inches).

Tickets are only available at the door as you take an intimate peep into the life of the renowned singer. In Edith Piaf’s studio, close to Menilmontant, where she spent her childhood, her gown is showcased.

In the early 1930s, Edith Piaf lived in the house for a year when she was 18 and still singing for change around the city. To visit, ensure you make reservations in advance by phone.

Comte, the 19th-century French philosopher, has only become almost unknown in recent times. His house has undergone a natural wearing- cracking floors, paint peeling- that elicits the vibe of just walking around the shrine designated to a forgotten hero.

This might look fitting for a man who made a real, though less known, a religion called “positivism”. It is also called “religion of humanity”, whose idea centers on Comte’s optimism for organizing a better society focused on reason and science.

The philosopher’s disciples kept his apartment, and delicately renovated it in the 1960s. You will find scientific instruments in cabinets and mantelpieces.

Louis XIV (1638-1715) planned his military campaigns with 144 maps. He was determined to protect France’s landed borders against rival nations (Protestants and the Habsburgs). The 3D atlas allowed the monarch and his generals to have aerial views of the country. This may seem hackneyed in the age of Google Earth, but it was smart back then in the 1600s.

In the course of the wars, towns exchanged hands between the great powers. Therefore, the same model could be devised in planning fortifications against the enemy siege and to reconquer lands. Louis XIV kept the models under lock and key in the Louvre’s Grand Gallery while admitting to only a few visitors to view the sensitive material.

The king’s relief maps and those built later by other kings can be found in the upper corner of the Musée de l’Armée in Les Invalides.

You would probably not know that this 18th-century hotel in which Louis XV’s wine waiter once worked, has the softest wine in the French capital. Right under the crafters of the Caves du Louvre, there are cellars of close to 65,000 square feet, furnished with bottles from Gironde, Champagne, and Burgundy.

The idea for the place was developed by Ô Château’s co-founder, Nicolas Paradis, showcasing to wine lovers the secrets of great wines. In addition, wine ateliers take place at the venue on a weekly basis, allowing participants to make their own bottles.

This interesting museum has a collection of all there is to know about tobacco leaves and cigar molds. The Smoking Museum is located in the city’s 11th arrondissements and was founded in 2001 by Michka Seeliger-Chatelain and Tigrane Hadengue.

The place is dedicated to the turbulent and surprising past of tobacco. With large leaves, photographs of the stars, and original prints, the Smoking Museum is a must-visit. It also has a library with rare books on the subject matter.

The unusual museums in Paris are dedicated to many things that will amuse you. And regardless of the time of the year, these masterpieces would not disappoint in their quest to explain the world better to you. Before visiting, ensure you make findings of the featured museums as some do not sell tickets at the entrance.