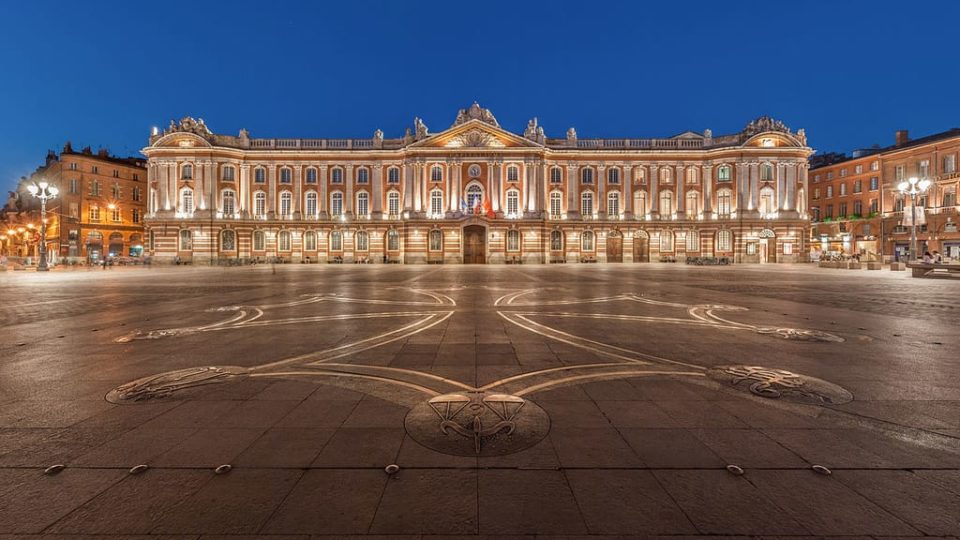 Toulouse is a spectacular place if you are looking to relax in southern France. It attracts visitors from different parts of the country and the rest of the continent. Toulouse is situated between the Mediterranean and the Atlantic and trailing Paris, Marseille, and Lyon as the fourth largest city in the country.

Toulouse’s population is young as many people come to study. So, it is a bubbling city with universities that charms students from different parts of the world. And as you will imagine, the nightlife in the city is immense and interesting.

Toulouse is generally safe, and visitors will love the weather. Despite this, however, there are some not-to-safe districts to slightly avoid. This does not mean a lapse in personal safety, even in regularly safe areas. Being vigilant in a foreign city is the way to go. The city is particularly famed for having low certain crime rates compared to some big cities. For example, armed violence, car theft, and physical assault are incredibly at minimal.

Here is What You Need to Know About Safety in Toulouse:

Generally, Toulouse is safe, like other big French cities. And as earlier noted, it is always a good idea to watch your possessions and observe what goes on around you. A watchful tourist is hardly taken by surprise, and a careful one is hardly a victim of fraudulent activities. The overall risk in Toulouse is moderate.

As visitors will find out, transportation in Toulouse is efficient and easy. Even though many pickpockets take other forms of public transport, taxis are more reliable. And if you want a cheaper alternative, buses do a pretty good job. Visiting far destinations with luggage can be burdensome for visitors, but taxis can help with that. But note that while they are reliable, they can be expensive. It depends on the load you have and where you are going. So, weigh your options.

Pickpockets are the most prevalent criminals in the city. Do not lose focus on your possessions and ensure you do not forget them in plain sight. In crowded places like tourist attractions or stations, loss of luggage is a frequent report. Pickpockets are known to snatch cameras, binoculars, and purses from tourists who are unaware.

What they require is a little time of distraction, and one’s valuables go missing. They are good at what they do to the distaste of tourists. That is why when you are talking to someone, pay attention to the people around you. And because of these prevalent activities in Toulouse, ensure you make photocopies of your vital documents. It is advised to keep the originals in your hotel and take along the photocopies when you are out. Pickpocket risk is moderate in Toulouse.

There is a genuine concern for many tourists, and that is about natural occurrences messing up one’s travel plan. In Toulouse, that concern will be minimal because the natural disaster risk is low. The most common natural disaster is floods, but they are not frequent.

Kidnappings, muggings, and other forms of violent crimes are not regular in the city. However, tourists should avoid some areas in the northern part that tends to be dangerous at night. Security in Toulouse is impressive, so major crimes hardly make the headlines in the local dailies. In general, the mugging risk level is low.

It is hardly a Toulouse thing. France, in recent time, has been subject to threats from Islamist terror groups and as such, terror alert is high in most cities. Neighboring countries are targeted by terrorists, too, and that has been a major concern for the European Union. So, you can stay safe in Toulouse by remaining aware of what goes on around you all the time and alerting authorities on any suspicious activities noticed.

Unlike Paris, scams are low in Toulouse. There is almost no known scam in the city. But tourists are expected to check everything more than once, especially when receiving change. As a tourist (by your dressing and presentation), you are likely to be approached by scammers in a place like Marseille and Paris than in Toulouse. The risk level is low.

There are carjackers everywhere, including Toulouse, but their activities are at the barest minimum in the city. Ensure you pack your vehicle is safe parking lots, probably paces with cameras and guides. Then the chances of losing the vehicle will be smaller. Also, do not expose vital possessions in your car. For example, a new Play Station console exposes in the passengers’ seat is an invitation to bring into your car. The risk level is low.

Women’s traveler risk is a major indicator of safety in any city. If a woman can safely navigate a place for the most part of the day, the city is most likely safe. As a solo female traveler, apply all the basic precaution rules like not walking in isolated and poorly lit areas, etc. and you will be overly fine.

While they would not hurt you most of the time, there is a sizable population of homeless people, beggars, and prostitutes close to the train station and along the canal in the city. Tourists may face groups of such persons at night. Across the train station, Rue Bayard is an abode for homeless people. That is why the place is avoided by locals.

Streets gangs are most likely to meet on the outskirts of Toulouse. There, one may be offered drugs, and beggars may even ask for cash. Robberies are not uncommon here, and they are probably the most dangerous parts of the city.

Like many parts of France, Toulouse is quite safe, and non-indigenes are not expected to have major problems. However, it is advised that travelers apply all precautions that they would in their location. It is often a general rule to watch one’s possessions and surroundings. This has to be emphasized because the cities are crammed with petty theft and pickpockets.

Toulouse is not unsafe at night, generally but avoid the north if you can. This is because crimes like muggings tend to be regular here. Also, tourists should stay clear from areas poorly lit as the chances of meeting gangs are high.

At night, do not walk near the airport and the bridge because they are mostly vacant. Calling for help in the night might be useless when something goes wrong. Most parts of the city are not open in the evenings, and the areas close to the bridge at night can be very unpleasant. The only visible things at night about 8:30 pm in Toulouse are teenagers or gangsters running around and drunks.

Toulouse is one of the safest places in France. It is a great place in the southern part of the country to escape the bustles of city and work life. You will also have the chance to enjoy the Mediterranean and the Atlantic weather, something many will pay a fortune to have. Toulouse has a moderate level of crime, making it a top destination among serial travelers.

>>Also Read: Things To Do In Toulouse 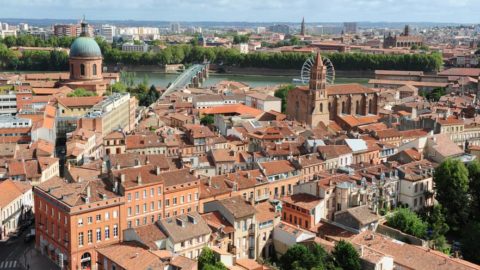 Why Toulouse Is Called The Pink City 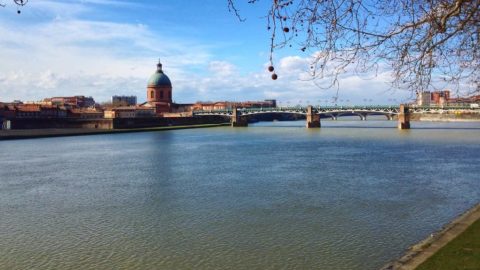 What is Toulouse Famous For 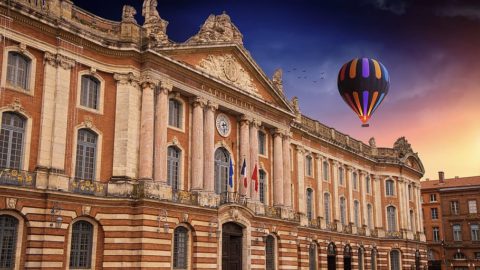