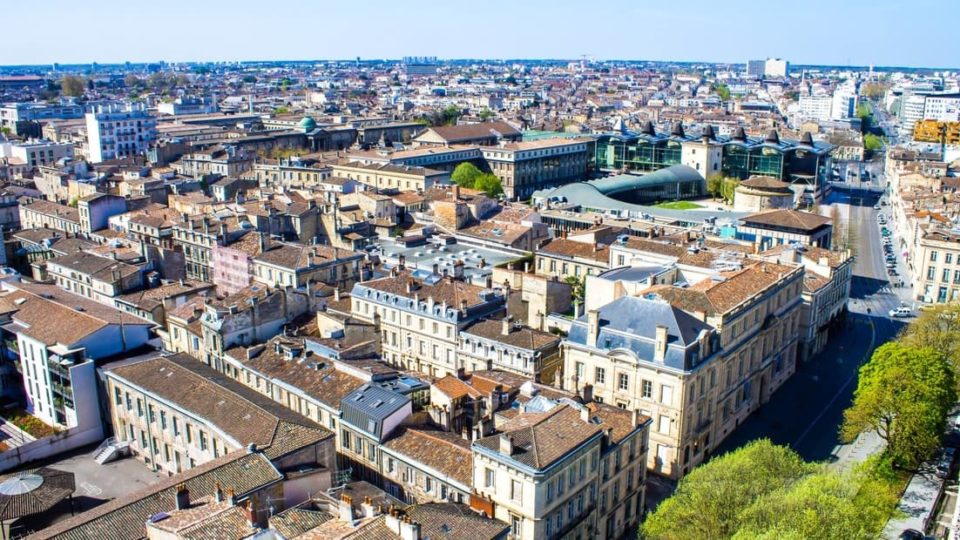 Been the Eden of wine lovers and one of the jewels of southern France, Bordeaux is the perfect getaway destination in France. But the city is beyond merely stopping by a château for some Grand Cru Classé wine; it is a striking and organized place that has been experiencing changes in the past few years- so Bordeaux is never short on attractions. But drafting a plan to see the city can be an issue as there are lots of stuff to do and places to see.

Here Are Some Things to Do in Bordeaux:

The foundation of Saint-Seurin Basilica stands since the 6th-century in the Gallo-Roman Bordeaux era. But the church visitors see when they visit dates back to the 1000s with lots of renovations from the 1700s. A 1200s gothic style entrance was added on the south end, while chapels like the Notre-Dame de la Rose were added in the 1300s and 1400s.

Accidentally discovered in the 4th-century, the crypt makes up part of the setup. The site was declared a World Heritage Site by UNESCO in 1998 with the Saint James de Compostela Way. The highlight at the Saint-Seurin Basilica is visitors can check the ancient crypt to the Merovingian marble sarcophagi. The crypt reveal details about the earliest French Christians and the earliest site of Christianity here in the city of Bordeaux.

Have an Unforgettable Bordeaux Wine Tour

There is a wide range of wine bars in the city, and going on a tasting tour can be one of the most unforgettable experiences on your trip. Maison du Vin is a brilliant place for a wine tasting, which you can have for as low as €2 and €8 per glass. There is the option to have wine with a generous plate of cheese for a truly enriching tasting experience.

The wine tours come at various prices. There is the one between €38 and €200, but the best place to find a great tour is with the Tourism Center, which is a stone throw from the Maison du Vin bar. While you have plans on where to visit, still check the Tourism Center and get a vineyard map from there.

On the tours, experts will teach and show participants the processes involved in wine production. Thereafter they will have a taste and sometimes even make a portion of wine themselves. For those that do not know to get about the wine tour, booking a wine tasting tour would help them maximize their time.

Read: Best Wine Tours In France, What Are The Best Wine Regions To Visit In France

The Water Mirror is one of the city’s top tourist site and a perfect place to relax after a busy day of activities. Popular for its Water Mirror, La Place de la Bourse is the spot to be not to miss out. The mirror is the world’s largest reflecting pool and a UNESCO-designated heritage site.

The Water Mirror is just 2 cm deep, and it makes a fascinating, mirror effect that shows Place de la Bourse and many other phenomenal buildings around it. The water is designed to have 3 sequences- pool, mirror, and fog, so if you wait for a while, there are chances that you will see it transform from an interesting mirror to a fog, etc.

On a cool afternoon, a visit to Jardin Publique de Bordeaux will inspire you. This spellbinding park was created in 1746 to provide the wealthy people of the city a nice place to relax. Visit the English-style park to see historic bridges, fountains, and statues. It is also a perfect spot for picnics with loved ones and reading books while sipping on a Bordeaux wine. Children might not find elsewhere in the city that is suitable for them.

Often busy, the Victory Square is full of bars, cafes, and restaurants. You can relax there and also admire the fine architecture that marks the area. Right in the square center is a work of art by Ivan Theimer, the Czech sculptor. The marble column was installed in 2005 to commemorate the popular Bordeaux viticulture. The square also hosts many parties, events, and concerts at different times of the year.

The city of Bordeaux is the 4th most bike-friendly place in the world, with over 200 km of cycling routes. A bike tour is a delightful way to reach many sights if you are visiting Bordeaux briefly. Bike to some of the city’s most stunning structures like the Grosse Cloche, one of the oldest bell towers in the country, and get lessons on the distinct design of the Bordeaux Tribunal, which Richard Rogers made.

There is the chance to see the “new” Bordeaux, too, and discover some of the most stately views of Place de la Bourse. In the course of the trip, visitors will hear stories on the sights and monuments. A Bordeaux bike tour is a brilliant way to spend an afternoon in the city.

Spanning an impressive 1.2 km length, Rue Saint Catherine is the longest pedestrian street in Europe that is strictly ‘shoppy’. It courses from the Grand Théâtre on Place de la Comédie to the Thermier Column on Place de la Victorie. Since 1984, the street has been totally pedestrian-only.

The street boasts of over 250 stores, including restaurants and cafes. Apart from these, there is Place Saint Projet and a covered shopping arcade, the Galerie Bordelaise.

The largest city square in the country, Place des Quinconces and one of Europe’s largest, is usually the host of pop-up events, festivals, and outdoor concerts located in central Bordeaux. Mapped out on the site of Chateau Tromoette in 1820, the city square was designed to be a defense against the opposition. As opposed to the foes that might approach the city from Garonne, the guns were pointed toward Bordeaux’s center.

The square gets its name, Quinconces, from the trees planted in uneven rows. And the Girondists, who were victims of the Reign of Terror in the Revolution, are honored by the Monument aux Girondins. Visitors will find about four scenes on the fountain such as Triumph of the Republic, Triumph of the Concorde, and the tribune and the city of Bordeaux. The statue of liberty is located in the central column.

Perched on the city’s right bank, Darwin is a special project made to revive the old Niel Military Barracks. Over 100 companies and 30 associations in the city use the space with a sole goal- to reduce the organization’s environmental footprints.

Visitors will also see a natural grocery store, a skate park, an urban garden, and much more at this place. France’s largest organic restaurant, Magasin Général is also located here. At Darwin, holidaymakers can relax, hang out, and play foosball or ping pong. To practice flip tricks, there are bike and skate parks.

Also, in Darwin, urban street artists tend to practice, with almost every inch adorned with murals and graffiti. The street hosts concerts and events, too, so see their website for the calendar of events when you are around.

The country’s largest independently owned bookstore, Librairie Mollat, is in Bordeaux and is managed by a family since 1886. Librairie Mollat is a large complex comprising of 15 separate departments and has over 265,000 books.

The departments, which is an assortment of classic French literature, English books, and others, are arranged across a labyrinth of rooms where Montesquieu, the French philosopher, lived. Movie and music buffs will fancy getting lost in the multimedia segment. Events like readings and book signings are hosted here too.

French women are fashionable, and an accessory you will most likely see on them is a scarf. Merely draping a scarf around the neck is not enough. There are at least 12 ways of tying a scarf. From tying a scarf into a bolero to using your bag as an accessory with a beautiful scarf tied up in a bow, you will be surprised at what can be done with a piece of cloth by a French woman.

The ideal way to spend an afternoon at Freywille boutique on a girl’s getaway is to attend a scarf-tying workshop in Bordeaux. They have interesting sessions where participants are given an instruction booklet that contains different styles to go home with.

Freywille is a popular boutique, well known for its jewelry and bold prints. It is located at 11 Cours de I’Intendance. Do not forget to book an appointment before visiting.

See the city’s Spaceship in the Bassin à Flot

Designed by Suzanne Treister, the Spaceship is a sculpture and one of the public artworks that draw many to Bordeaux. The big 17-m in diameter spaceship is perched on the Bassin à Flot area of the city and, by the artist, highlights the change of the past to the future. This piece of art complements the surrounding setup and is a thrilling addition to the city’s skyline.

Things To Do In Bordeaux -Summary

Also known as the ‘Sleeping beauty’, Bordeaux is not just about its viticulture and iconic monuments. There are extraordinary places to visit and interesting things to do, even without spending a dime. And you can use the tours to maximize every minute you spend out in Bordeaux.

BordeauxBordeaux Travel GuideThings To Do 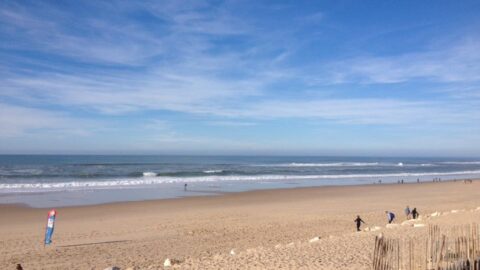 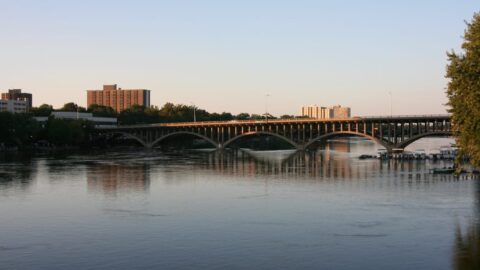 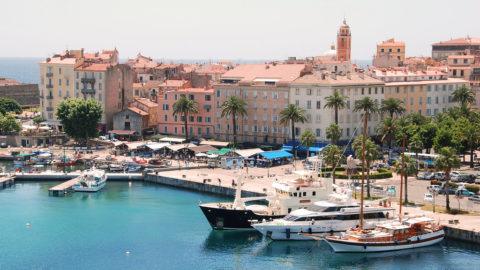 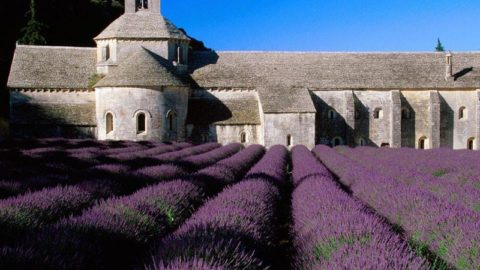 Top 10 Things To Do In Provence