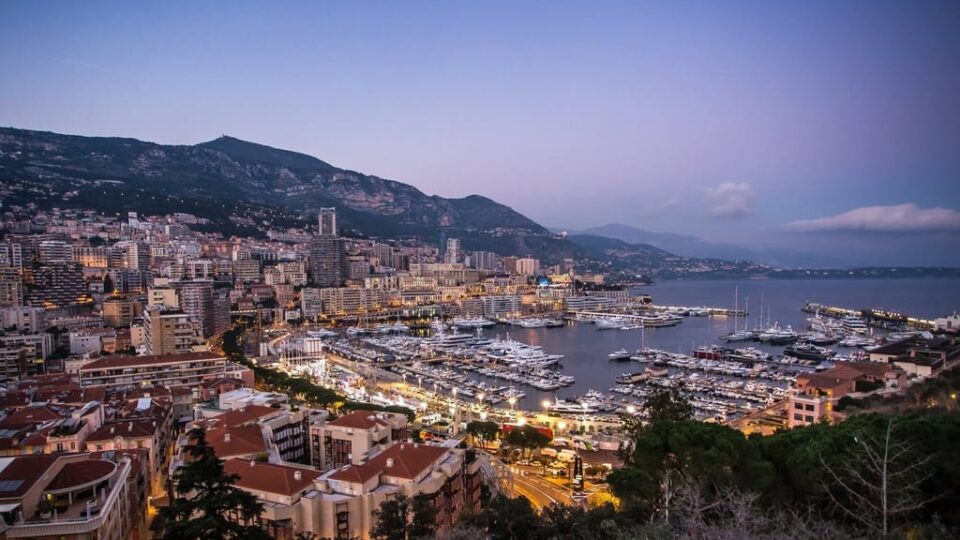 Monaco’s most famous district is Monte Carlo that is often mistaken to be a city. Visitors often end up only checking out Monte Carlo’s popular casino; but by continuing further northeast, they can see a lot of Monte Carlo’s splendid attractions. These include the Japanese-style garden, the promenade showing the footprints of football stars, and the beach.

Along the streets, Mandarin trees grow, and the products in several storefronts do not have price tags as wealthy customers are thought to not need to know the prices. In May every year, the streets of Monaco and Monte Carlo are converted into a Formula 1 track for sparks to fly.

Here Are A Few Things Monte Carlo is Known For:

The opera and casino are not the only attractions in Monte Carlo. There are several other thrilling places worth checking out in the district. Part of such is the observation deck from which guests can enjoy the vistas of the Monaco Old Town and Port Hercules. This spot is the roof of a massive building constructed partly on stilts jutting into the seas; also called Les Spélugues, and includes the Rainier III Auditorium. Hexa Grace- le Ciel, la Mer, la Terre is the work by Victor Vasarely that can be found on the roof. It is big and has a bright mosaic that portrays the sky, the earth, and the sea.

Hermitage is Monaco’s second hotel and is situated close to the casino. It was built at the end of the 19th-century. Gustave Eiffel also designed the winter garden in the building. Proceeding eastward, you will see Le Metropole, one of the district’s most exclusive shopping centers where there are stores with elegant interior designs and expensive brands.

Perhaps, the world’s best casino is the Monte Carlo Casino. Charles III Grimaldi, the Prince of Monaco, founded it in 1863. Now, it is no difficult to imagine, but when the casino’s construction was at the planning stage, the city of Nice and Monaco were linked by a horse-drawn tram that occupied the route along a craggy road in about 4 hours. The purpose was clear. Plans to establish a summer resort on the tiny enclave of Monaco and lure players from Nice was related to the need to construct a good road.

At that time, Monaco was hardly a wealthy principality. It was not in the shape we know today when the casino was finally established, and it had a developed a terrible reputation that made guests stop visiting it. Société des Bains de Mer (Monte-Carlo S.B.M.) company was then established to manage the casino. Today, it continues to manage the casino and several other important locations in Monaco and Monte Carlo. The Grimaldi royal family is given a fixed income from the company’s profits.

It is possible that the founding of the casino was owed to the political changes that followed the Franco-Austrian war of 1859. Prince Charles III abdicated his rights to Menton and Roquebrune after the war. These were in Monaco’s possession at the time, and in return, he received money from France and the promise that France would make a rail-line and road from Nice to Monaco. Consequently, the railway line and the scenic Lower Corniche were created.

The casino’s building has a façade that was completed in 1890 but prior to this, the chic Hotel de Paris and the Café de Paris were built in the area. These made wealthy guests happy who from that time trooped in from different parts of Europe.

In 1878, the casino’s building was linked to the later addition of the l’Opéra de Monte Carlo. The place was made to offer additional entertainment for visitors coming into Monaco and was designed by Charles Garnier. This Opera House complements the casino so much so that tourists often think they are the same (they are separate buildings).

Similar to the Paris Opera’s main room, the Garnier Hall is the structure’s most amazing opera hall even though it is smaller with just 524 seats. The same craftsmen and artists worked on both buildings, but the Monte Carlo structure was created in just almost 9 months while the Paris Opera was completed in years.

Monte Carlo’s Beach and Other Attractions

A little further away from the casino, other attractions can be found like the Promenade des Champions that football fans would appreciate. Instead of the hands of celebrities, here the feet of the best footballers in the world have stamped. Famous stars like Del Piero, Zidane, and Maradona have foot imprints here. The congress center and the Grimaldi Forum conference are close to the promenade.

Larvotto Beach is a little further along with its exotic sand and relaxation facilities for vacationers. Behind it is Le Sporting Monte Carlo sports complex along with Monaco’s most popular nightclubs- Le Jimmy’z. The imposing Monte-Carlo Bay hotel marks the boundary with its many open-air swimming pools.

For quite some reasons, the Monte Carlo Country Club is special. Firstly, it is popularly known as Rolex Masters Series, Monte Carlo’s tennis championship that is held there. Then its tennis club is situated all over France.

The Odeon skyscraper is another attraction in Monte Carlo. It is not difficult to recognize its blue façade that stands out against the background of Monaco’s vista. The world’s most expensive apartment was created on the building’s top floor; it has its own slide, pool, and palm tree. It is worth around 300 million euros.

Despite its small size, Monte Carlo is filled with buildings- it is quite a green district. You will find many great gardens with mostly exotic and lush vegetation and many sculptures and fountains. These are frequently tendered and nurtured.

The Boulingrins Gardens (Jardin des Bouligrins) is one of them. There is the Little Africa garden (Jardin de la Petite Afrique), where one can wind down in the shade of the trees, and close to its pool are free public toilets.

Adjoining the casino and opera buildings is a second garden that forms a trail coursing to the district’s beach and Jardin Japonais (the Japanese Garden). A Japanese architect designed Jardin Japonais at the behest of Prince Rainier III and Princess Grace. It is opened to the public and free.

The Cathedral of the Immaculate Conception

Consecrated in 1911, the cathedral is a white neo-Romanesque marble jewel that towers above the church’s ruins, dating back to 1252. It was dedicated to St. Nicholas of Myra. There, do not miss a chance to see the altar of St. Nicholas constructed in the 16th- century. You will find the tombs of Prince Rainier III and Grace Kelly to the left of the presbytery. Mass is sung at 10 am every Sunday by the Little Singers of Monaco. Cathedral of the Immaculate Conception is located in Rue Colonel Bellando de Castro, 4.

Since 1910, this museum has been a delight to both kids and adults. It also proves that this small corner in Europe is not all about tax haven and luxury cars. The museum offers 6,500 square meters of space where more than 6,000 marine species, including fish, sharks, turtles of the Tropics and the Mediterranean Sea, and even a coral reed that flourishes in these waters since 1989. Check out the collection of items and tools that detail the beginning of oceanography. The Oceanographic Museum is located in Avenue Saint-Martin near Prince’s Palace.

>>Also Read: Is Monaco Worth Visiting?

The Old Town of Monaco

Strolling along Monaco’s old town is how you discover a whole pedestrian area similar to the small towns of southern France. Well-preserved, rich in history and fantastic sights, Monaco’s old town is situated afoot the “rock” where the palace of the Prince stands and welcomes visitors with small shops, narrow streets, and bakeries with fine and attractive windows. In addition, there are many historical monuments and sites.

Do not forget to check out the Condamine area with its flamboyant vegetable market, the Place Saint Nicolas, and the Chapel of Mercy. From there, slopes courses to the Port Hercule area with restaurants, brasseries, and shops. Near the Condamine is situated the Moneghetti district with several greenery, historic villas, and playgrounds for kids. It is a great chance to learn about local Monaco and to maybe hear the Monegasque dialect that is similar to the dialects spoken a few kilometers far away in Liguria.

What is Monte Carlo Known For? – Final Thoughts

Monte Carlo is, without a doubt, Monaco’s iconic area. It is most famous for its Formula Grand Prix event, stately Casino, beach, and lux-filled streets. If you want to know how the magic of the French Riviera brilliantly blends with the Principality’s charm, then you should save up to visit Monte Carlo in France. 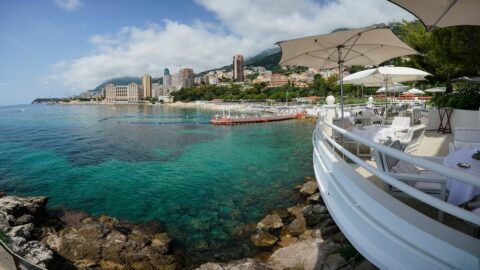 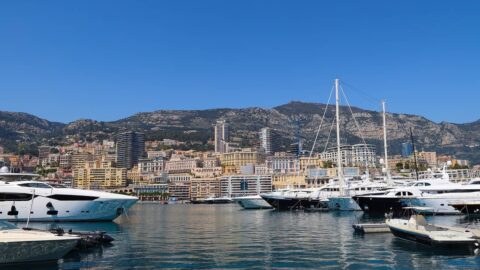 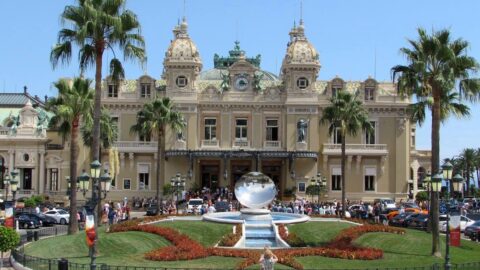 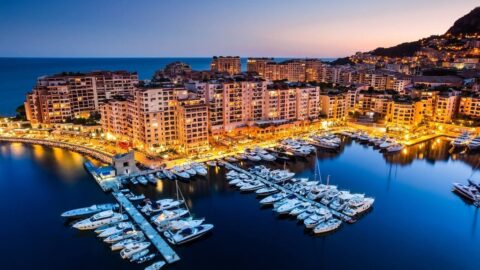 Is Monaco Worth Visiting?